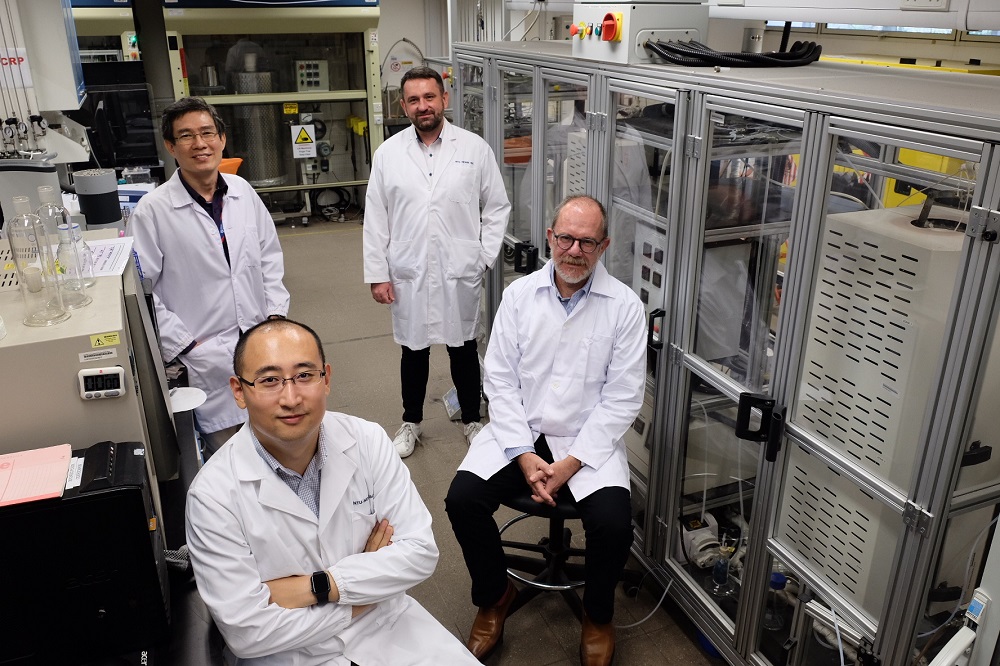 Scientists from NTU have developed a new way to turn ash generated from its waste treatment facility, into sorbents that can capture carbon dioxide from exhaust fumes.

This captured carbon dioxide can then be purified and be used for making carbonated soft drinks, welding at construction sites, or be combined with waste brine from seawater desalination to produce mineral carbonates useful for making concrete.

The project was one of 12 awarded a combined $55 million in grants under the national Low-Carbon Energy Research Funding Initiative, which seeks to reduce carbon dioxide emissions.

Lead scientist Asst Prof Liu, from NTU’s School of Chemical and Biomedical Engineering and the Nanyang Environment and Water Research Institute, said the ash generated from NTU's facility contains up to 80 per cent calcium, making it an effective material for absorbing carbon from the flue gas generated by the gasification.

Prof Simon Redfern, Dean of the College of Science, said calcium is a natural absorbent of carbon, though the process occurs over a much longer timescale. Calcium reacts with carbon, forming a solid, stable compound known as calcium carbonate.

However, while nature plays an important role in removing CO2 from the atmosphere, the high concentration of CO2 in flue gas contributes heavily to global warming, underlining the need for carbon capture solutions to quickly remove it from exhaust gases before CO2 enters the atmosphere.