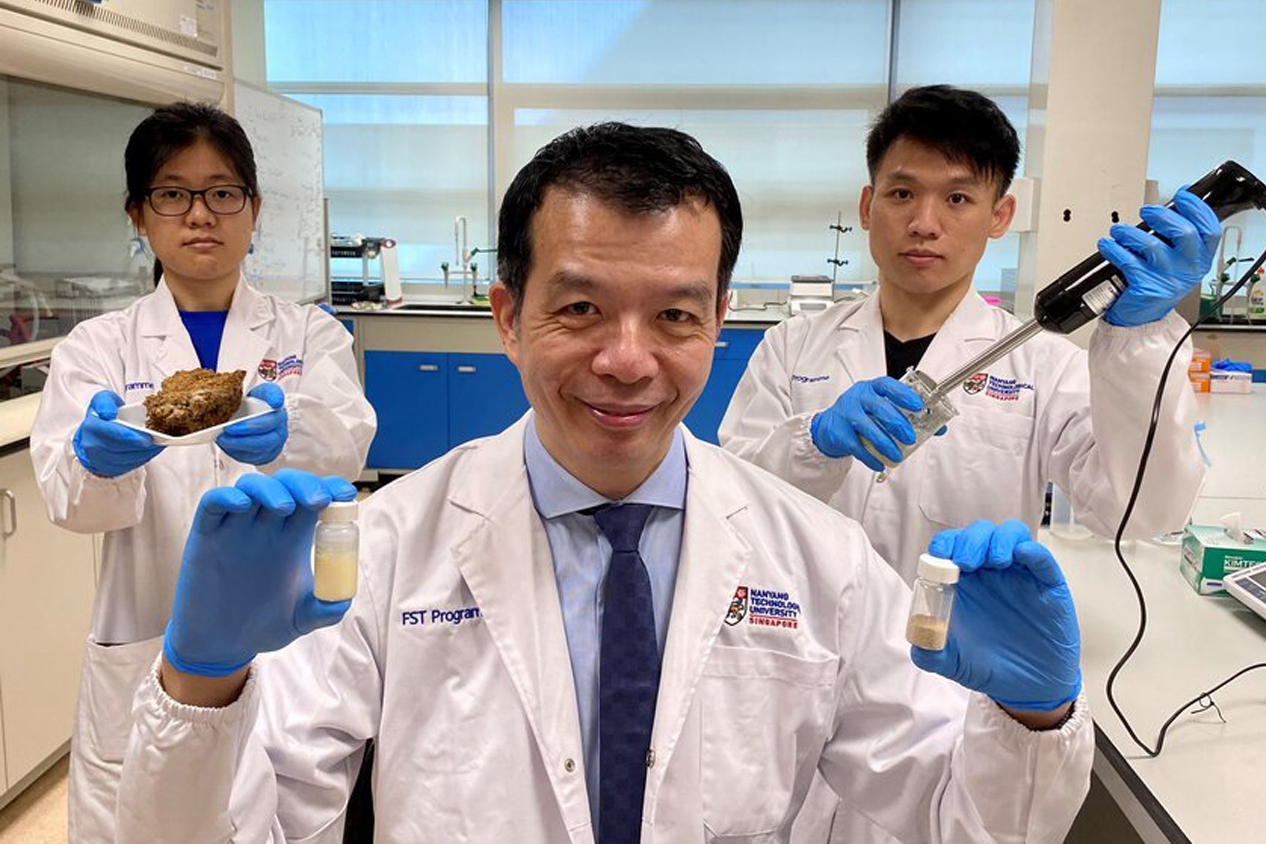 A team of scientists from NTU Singapore has developed a plant-based emulsifier that is not only rich in protein and antioxidants, but has the necessary properties to replace eggs or dairy in food staples such as mayonnaise, salad dressings, and whipped cream.

Emulsifiers are crucial for food production, as they help stabilise a combination of two liquids that do not mix easily, such as oil and water. For example, egg yolk is often used as the emulsifying agent in mayonnaise to ensure that the oil and water it contains does not separate.

The NTU-made emulsifier also helps cut down on food waste, as it is made by fermenting brewers’ spent grain, a by-product of the beer-making industry. It is estimated that globally, around 39 million tons of such spent grains are thrown into landfills yearly, where it would decompose and add to greenhouse gas emissions.

To produce the emulsifier, brewers’ spent grain is fermented, before undergoing further processes to extract the proteins, which, once dried, are immediately viable for producing foods such as mayonnaise.