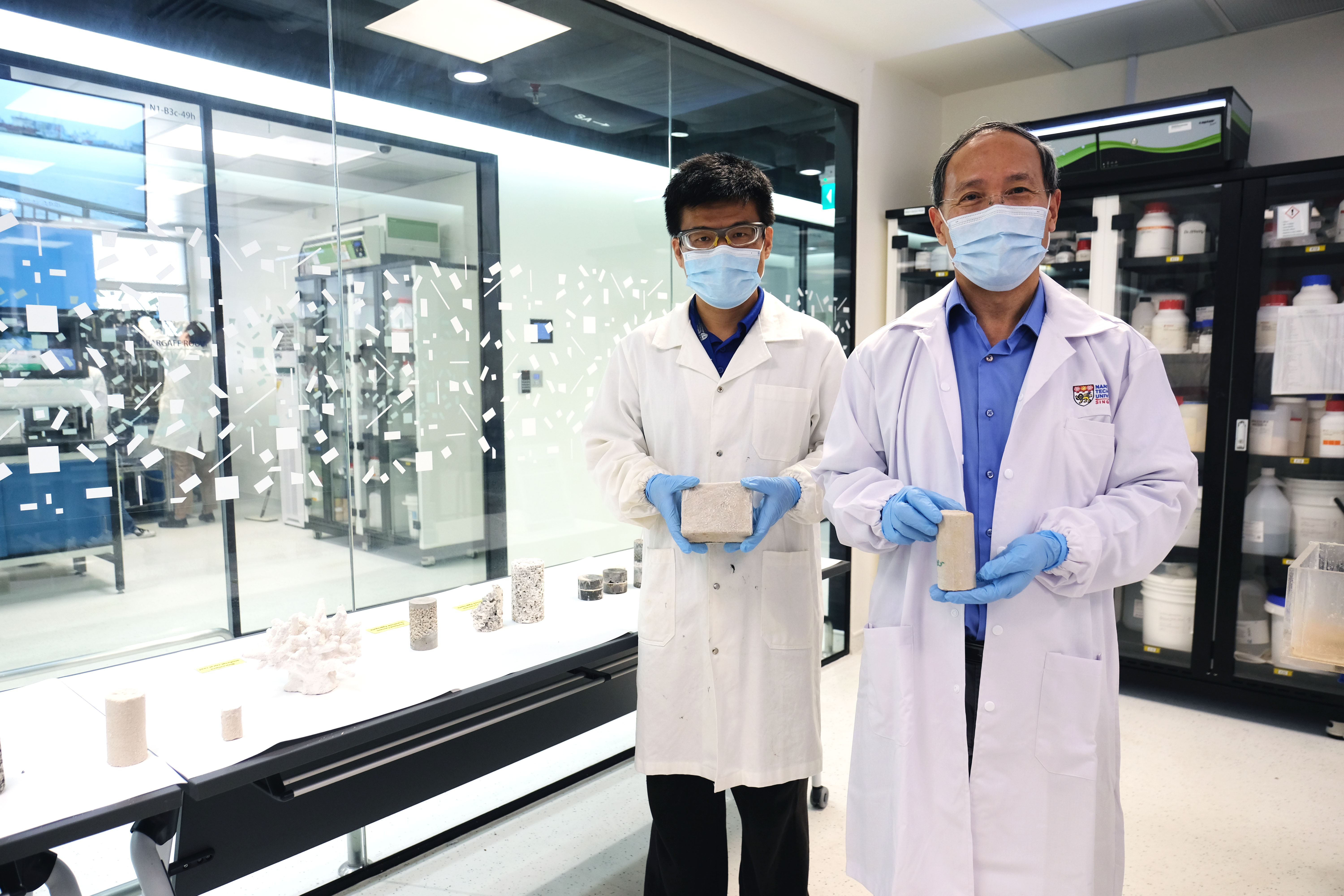 Using only waste as raw materials, NTU scientists have found a way to create biocement, making the alternative to regular cement even greener and more sustainable.

This biocement is already being used in trials to strengthen the sand on Singapore’s shorelines and to restore rock carvings in China.

When bacteria is added into the mix, and the resulting solution sprayed onto soil or sand, a hardening reaction takes place that binds the soil particles into a solid block.

The researchers say their biocement can potentially become a sustainable and cost-effective method for soil improvement, reducing dust or wind erosion in the desert, or building freshwater reservoirs on beaches or in the desert.

A big advantage of the NTU team’s method in formulating biocement is the solution is colourless. When applied to soil, sand or rock, their original colour is preserved.

This makes it useful for restoring old rock monuments and artifacts. The biocement has been used to restore broken-off pieces, such as the fingers of a Buddha’s hands from the Dazu Rock Carvings, a UNESCO World Heritage Site in China.