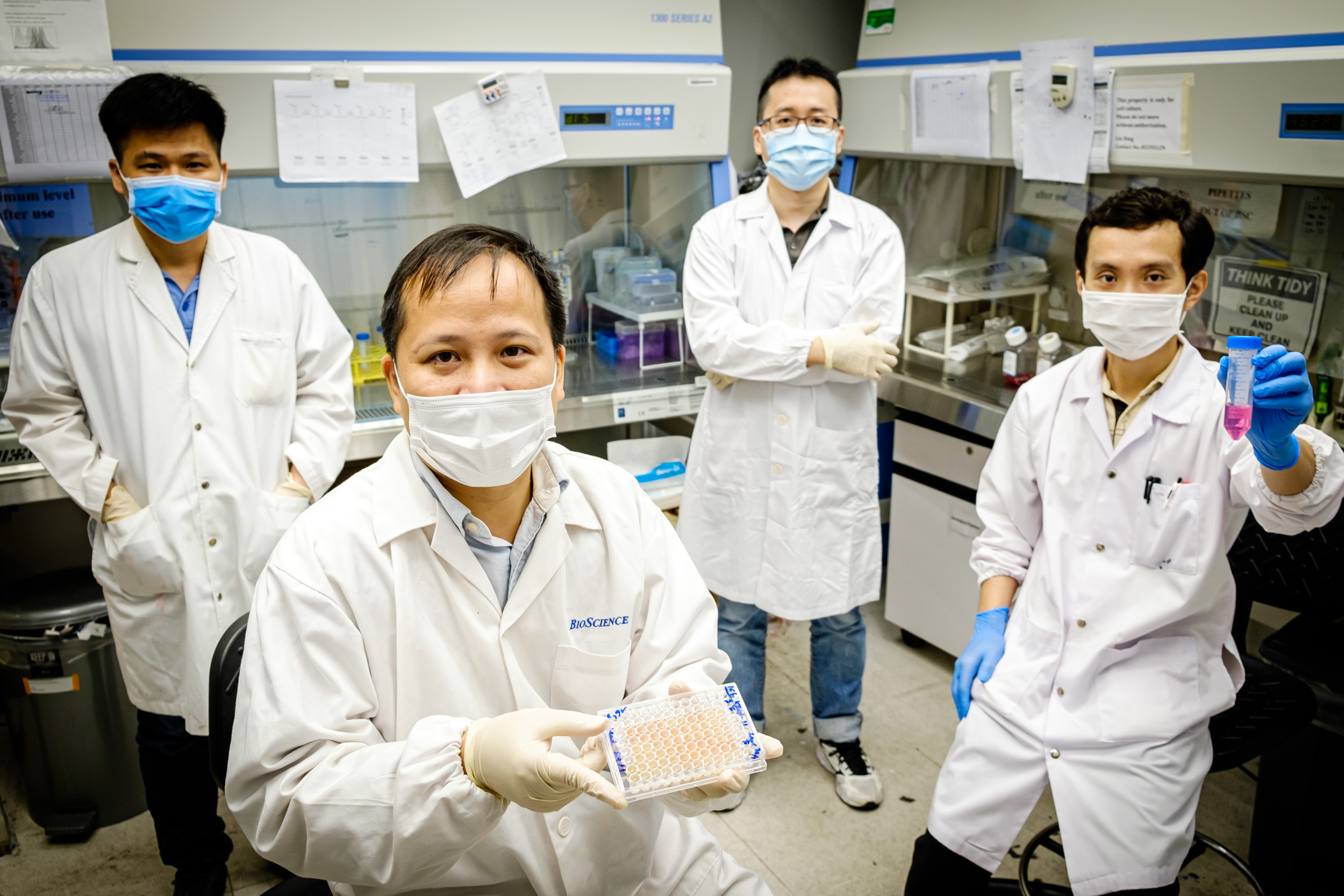 When the body detects a pathogen, such as bacteria or viruses, it mounts an immune system response to fight this invader. In some people, the immune system overreacts, resulting in an overactive immune response that causes the body to injure itself, which may prove fatal in some cases.

An overactive immune system leads to many autoimmune disorders – when the immune system mistakenly attacks healthy tissues – such as rheumatoid arthritis and type 1 diabetes. More recently, it has also been linked to severe COVID-19 infections, in which immune-system signalling proteins ramp up to dangerous levels, leading to damage to the body’s own cells.

Now, scientists from NTU Singapore have created a compound that could help to reduce this overactivation without impairing the body’s entire immune response.

This compound designed by the NTU research team, called ASO-1, targets tyrosine kinase 2 (TYK2), a member from the Janus kinase (JAK) family of enzymes that play a key role in regulating the body’s immune response.

Through lab experiments using human cells grown in a dish, the NTU scientists found that ASO-1 potently reduced TYK2 levels over a sustained period and inhibited immune signalling pathways that have been associated with autoimmune disorders.

This points to the potential of the ASO-1 compound forming the basis for treatment of autoimmune conditions, said the team led by Professor Phan Anh Tuan from NTU Singapore’s School of Physical and Mathematical Sciences (SPMS).

With a UK-led study of critically ill COVID-19 patients published in Nature linking high TYK2 expression to severe COVID-19, ASO-1 could be a therapeutic agent worth investigating further, the team added.

How can we speed up Singapore’s clean energy efforts?

Gauging the benefits of forests in fighting floods

Joint lab to understand role of microbes for skin health