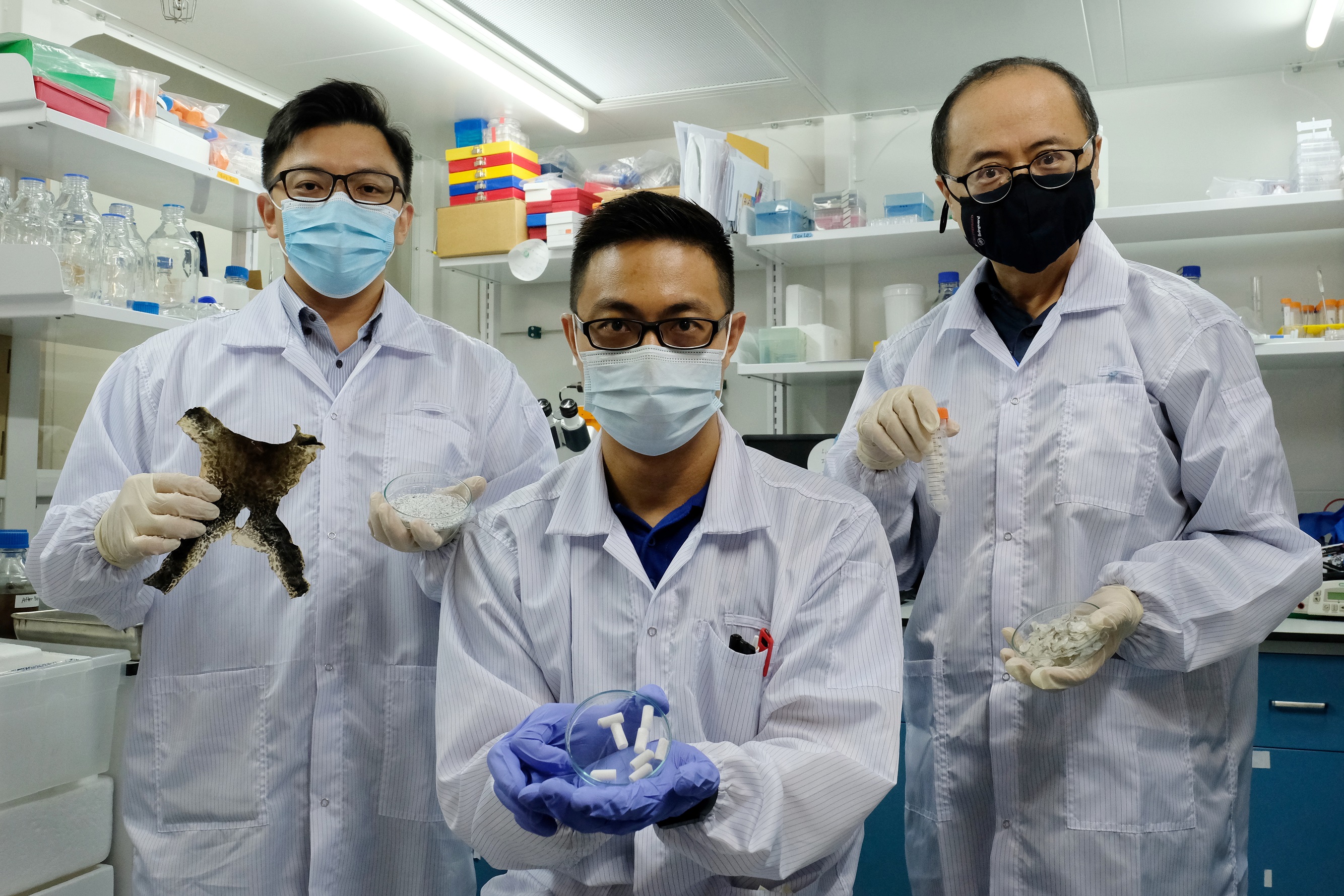 Through laboratory experiments, the scientists found that human bone-forming cells seeded onto the biomaterial scaffold successfully attached themselves and started multiplying – a sign of growth. They also found that the risk of the biomaterial triggering an inflammatory response is low.

Such a scaffold could be used to help with the regeneration of bone tissue lost to disease or injury, such as jaw defects from trauma or cancer surgery. It could also assist bone growth around surgical implants such as dental implants.

The scientists believe the biomaterial is a promising alternative to the current standard practice of using a patient’s own tissues, which requires additional surgery for bone extraction. At the same time, the production of this biomaterial tackles the problem of aquaculture waste, they said.’’