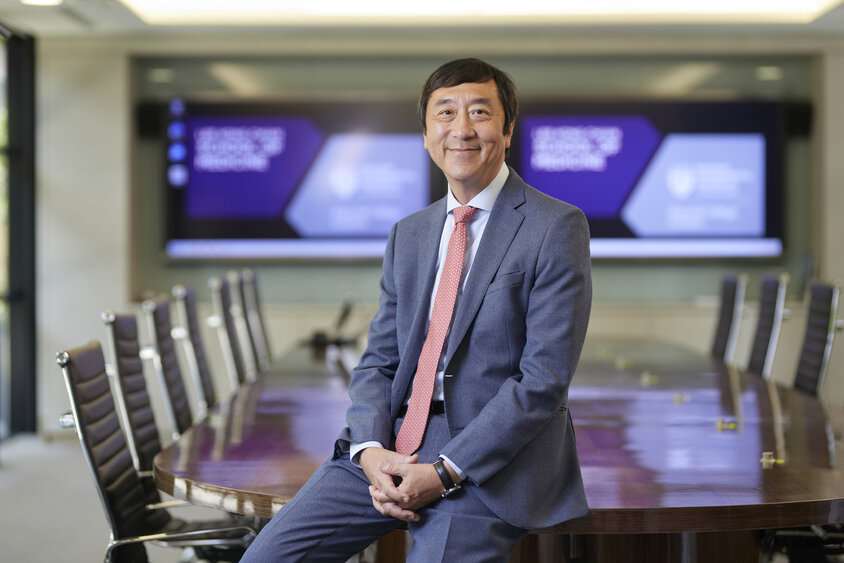 Scientists led by Professor Joseph Sung, NTU’s Senior Vice President (Health and Life Sciences) and Dean of NTU’s Lee Kong Chian School of Medicine, have validated a medical technology that could improve the treatment of the most serious bleeding peptic ulcers, which they say affect an estimated eight per cent of the world’s population.

The international team of gastroenterologists reported that applying a mineral powder directly to the ulcers using an endoscope had a 91 per cent success rate in stopping bleeding and starting the healing process, in a study of 67 patients diagnosed with the most serious forms of peptic ulcers.

Peptic ulcers are open sores that develop on the inside lining of the stomach and the upper portion of the small intestine. They are mostly caused by the bacterium Helicobacter pylori and long-term use of nonsteroidal anti-inflammatory drugs, such as ibuprofen and naproxen sodium.

Elderly populations are particularly affected by peptic ulcers. If left untreated, they can result in internal bleeding in a fifth of cases, which results in death in up to ten per cent of cases, according to the team of doctors.

The ulcers can also result in complications such as a hole in the stomach wall, blocked passage of food through the digestive tract, as well as a higher risk of developing gastric cancer.

The NTU-led study was to evaluate the safety and effectiveness of the technology, named Hemospray®, as a singular therapy for patients with actively bleeding peptic ulcers. It was developed by Cook Group, an American medical devices manufacturer, and had shown promise in treating peptic ulcers, but required further studies into its efficacy.