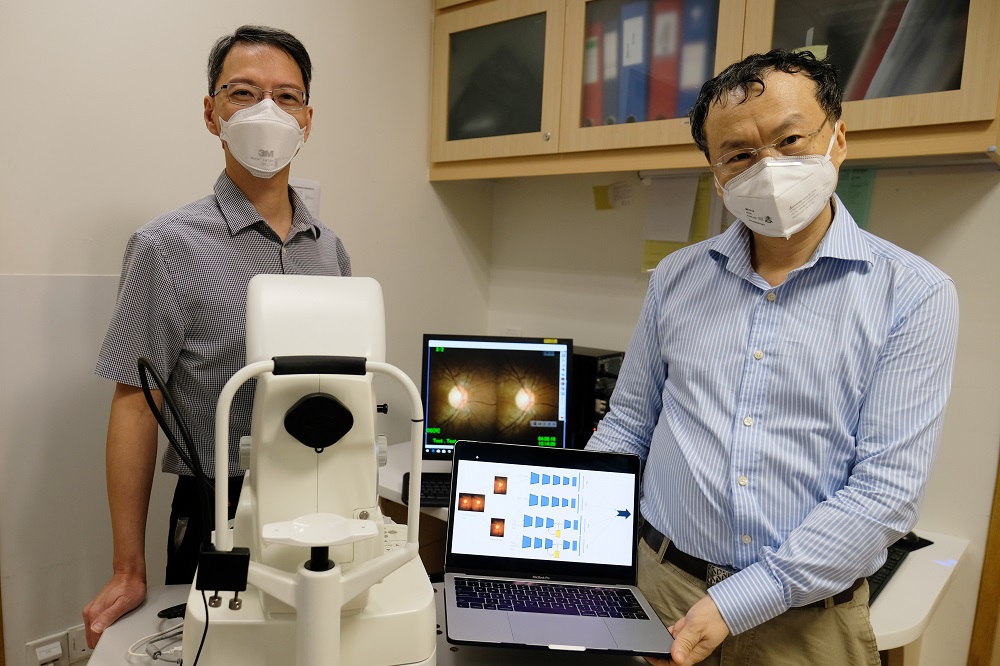 Scientists from NTU Singapore, in collaboration with clinicians at Tan Tock Seng Hospital (TTSH) in Singapore, have developed a novel method that uses artificial intelligence (AI) to screen for glaucoma, a group of eye diseases that can cause vision loss and blindness through damage to the optic nerve at the back of the eye.

Glaucoma is often called ‘the silent thief of sight’ as it is usually asymptomatic until latter stages, when prognosis is poor. It is the principal cause of irreversible blindness worldwide and, in tandem with the rapid growth of the ageing population, is expected to affect 111.8 million people globally by 2040, up from 76 million in 2020 .

The AI-enabled method uses algorithms to differentiate optic nerves with glaucoma from those that are normal by analysing ‘stereo fundus images’ – multi-angle 2D images of the retina that are combined to form a 3D image. When tested on stereo fundus images from TTSH patients undergoing expert examination, the AI method yielded an accuracy of 97 per cent in diagnosing glaucoma.

With the process of manually inspecting individual retinal images time-consuming and dependent on subjective evaluation by experts, this AI-enabled method, which removes the need for ophthalmologists to take various clinical measurements for diagnosis, could potentially be more efficient and economical, said the scientists.

The team is now looking at how the software can be ported to a mobile phone application so that, when used in conjunction with a fundus camera or lens adaptor for mobile phones, it could be a feasible glaucoma screening tool in the field.