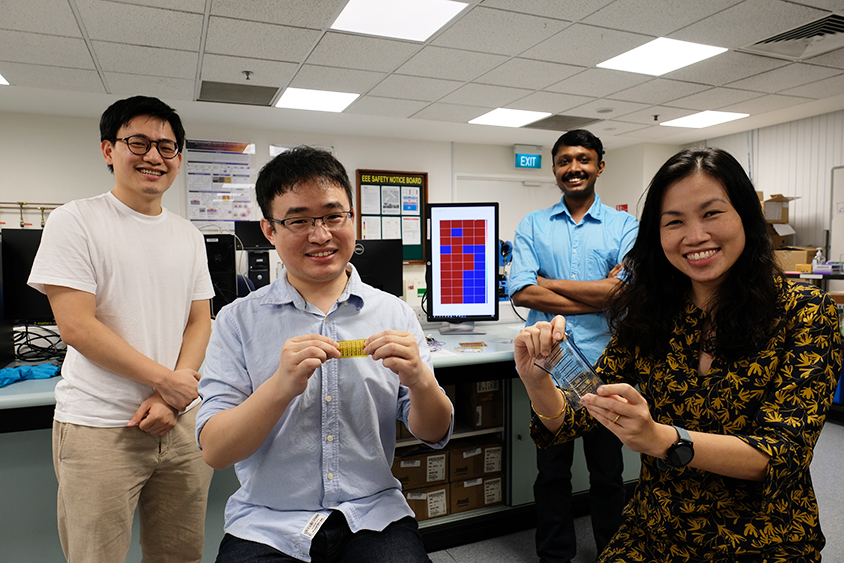 Robots could soon have ‘skin’ so sensitive it can detect a flower petal or a grain of rice.

Researchers from NTU Singapore have invented a pressure sensor that can be ‘printed’ onto flexible material such as paper or plastic film, and which are 100 times more sensitive than existing commercial sensors.

A working prototype of the sensor has been integrated into a robotic hand that is capable of gripping delicate objects, such as an egg.

These sensors can be printed onto large, flexible patches, which can then be used as a ‘skin’ on autonomous robots for real-time feedback and touch sensing. Robots covered in such a skin can react to stimuli the same way that humans do, making them safer and more responsive when deployed in crowds.

Led by Assistant Professor Leong Wei Lin from the School of Electrical and Electronic Engineering, the team, comprising research fellow Dr Chen Shuai and PhD students Surendran Abhijith and Wu Xihu, is developing these further applications for their breakthrough based on a grant from Singapore’s National Robotics Programme.

These sensors are enabled by a breakthrough in a type of transistors called organic electrochemical transistors (OECTs). While traditional OECTs contain liquid electrolytes, the NTU team’s sensors use solid polymer electrolytes instead, which can conduct ions and electrons just as effectively as liquid-based OECTs while overcoming their limitations.