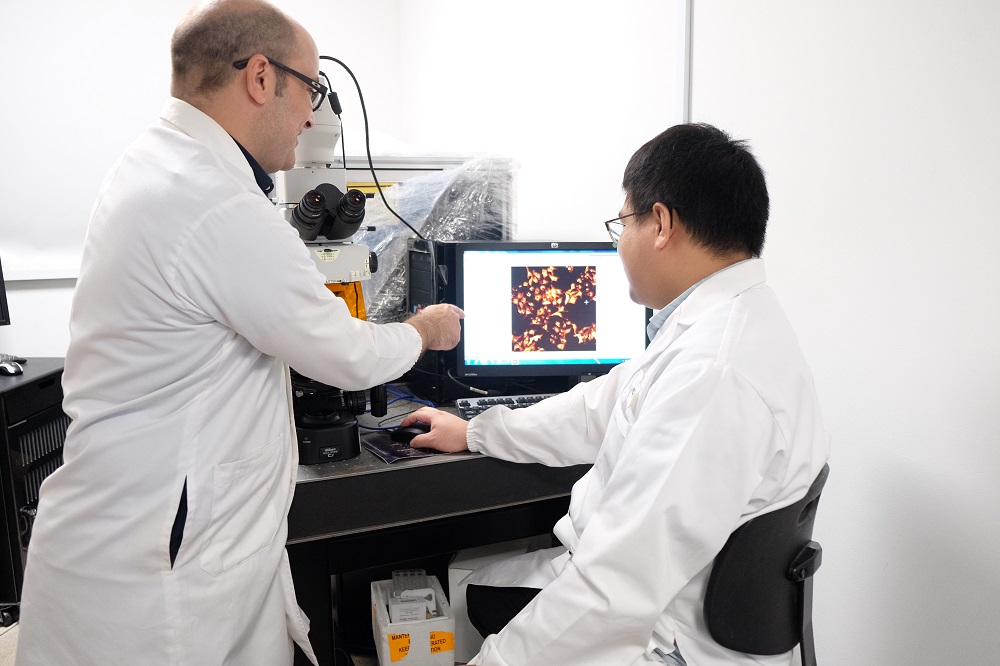 Biomacromolecules are large biological molecules such as nucleic acids (DNA, mRNA), proteins and carbohydrates. They are of great research interest as drug carriers, as they can carry a large amount of drugs, are nontoxic, able to target specific sites, and do not trigger the body's immune response. This makes them preferable and advantageous over synthetic carriers currently used in the market.

However, their large size and inability to pass through the cell membrane have held them back from widespread clinical use.

Now, scientists from NTU have discovered a way of letting them ‘merge’ into human cells quickly and effectively, by first encasing them in a protein-based microdroplet.

These droplets act like molecular ‘Trojan Horses’: they trick the cells into letting them enter, and once inside, the droplets dissolve and release the drug-carrying biomacromolecules that target diseases.

The findings were published in the scientific journal Nature Chemistry in February.

The researchers synthesised a peptide derived from squid beak to form the microdroplet. They were then able to entrap biomacromolecules inside it through a process called liquid-liquid phase separation (LLPS).

This process gives the microdroplet liquid-like properties that allow it to merge into human cells and deposit its drug cargo.

This discovery promises to be faster, safer, more effective, and better suited for gene therapy, cancer treatment, and vaccine delivery, including mRNA-based vaccines such as those currently used for Covid-19 vaccinations by Pfizer and Moderna.