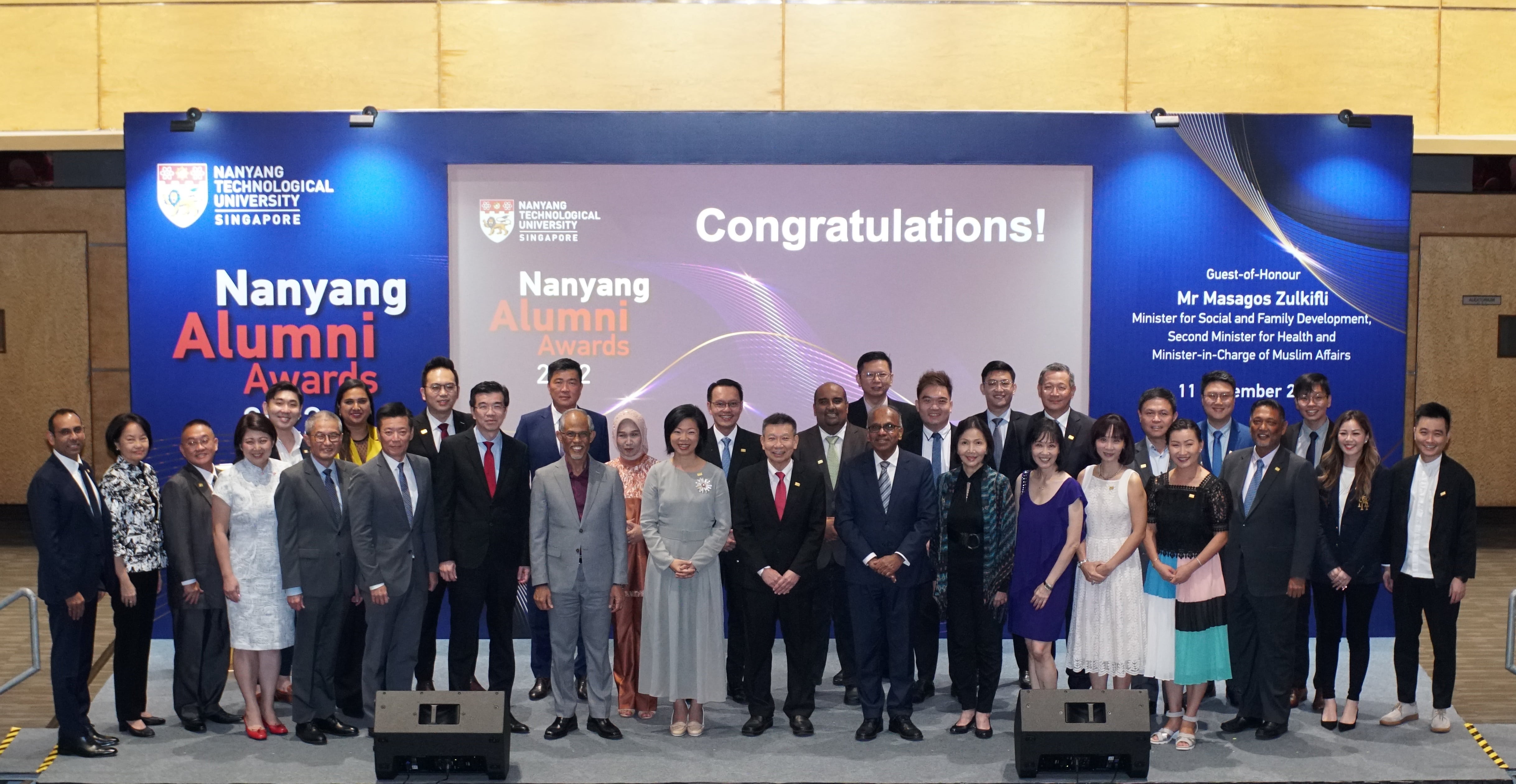 Image: Mr Masagos Zulkifli, Minister for Social and Family Development and Second Minister for Health, NTU President Prof Subra Suresh, NTU board members, and the award winners who attended the ceremony on Friday.

To celebrate its graduates’ stellar achievements and contributions to the University and to society, NTU Singapore today honoured 35 alumni at the Nanyang Alumni Awards ceremony. The highest honour this year was bestowed on Prof Tan Oon Seng, Director at the Centre for Research in Child Development at the National Institute of Education at NTU, and Ms Sim Ann, Senior Minister of State, Ministry of Foreign Affairs & Ministry of National Development, both recipients of the Nanyang Distinguished Alumni Award.

Mr Masagos Zulkifli, Minister for Social and Family Development and Second Minister for Health, presented the awards to the recipients at the Nanyang Auditorium this evening. Mr Masagos, who is also the Minister-in-charge of Muslim Affairs, received the NTU Distinguished Alumni Award in 2013.