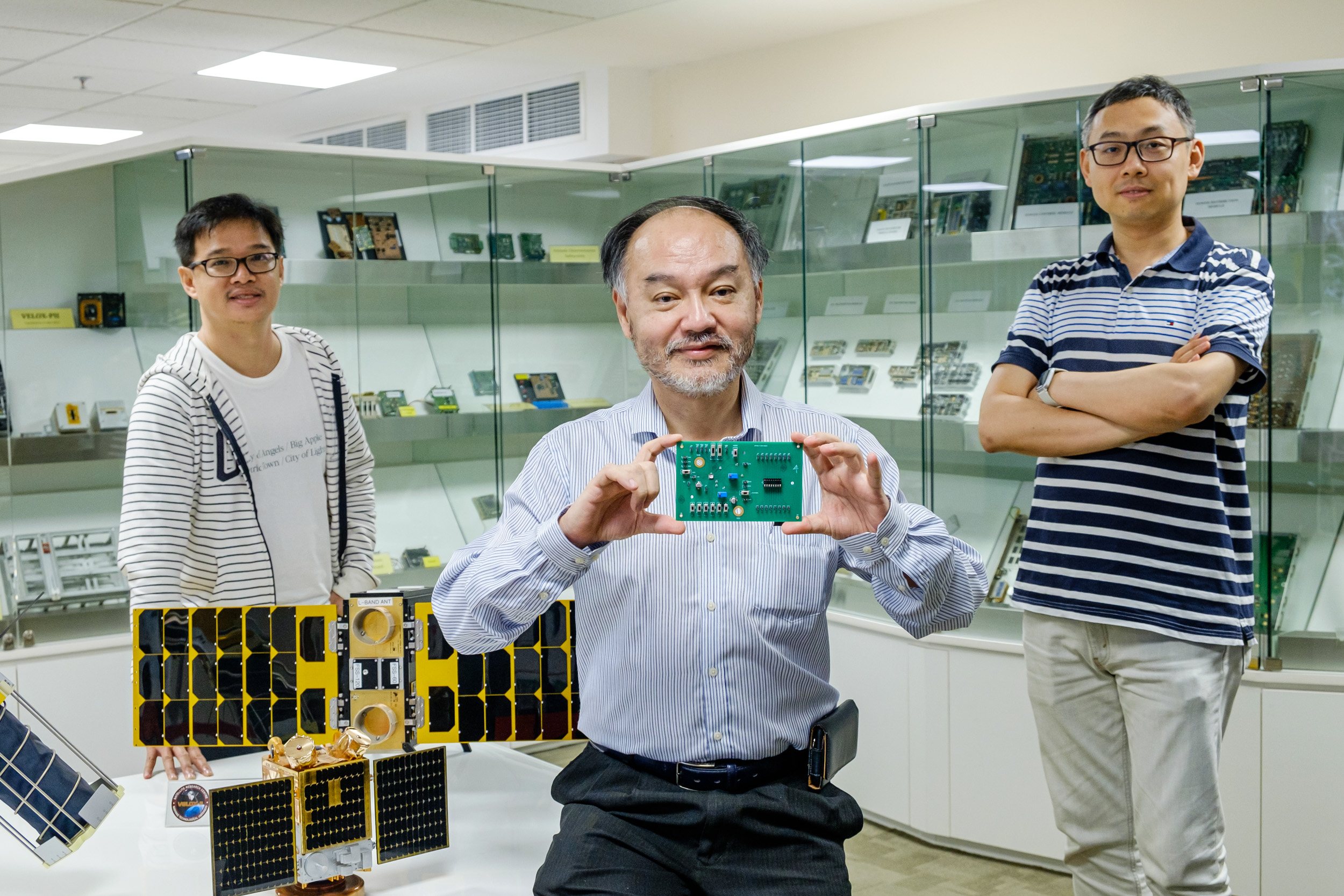 Scientists from NTU have developed a new chip that can significantly reduce costs for electronics used in satellites while improving protection for them in space against radiation.

By detecting radiation and shutting down electronics, satellites are thus protected from damage, which is unlike the current industry practice of hardening entire satellite, which is a very expensive process.

Known as the Latchup Detection and Protection (LDAP) chip, it was developed by NTU Professor Joseph Chang and his team and is now being commercialised by their spin-off company, Zero-Error Systems (ZES). The chip has been installed as part of the radiation-protection circuitry in three pico-satellites built by the Kyushu Institute of Technology, Japan, for Japan, Paraguay and the Philippines, and is expected to be first launched into space in 2021.

Two other innovations are also being developed by ZES. The first is a radiation-hardened power management integrated circuit for small satellite components that is compact, reliable, and more efficient than conventional point-of-load modules. The second is a a unique radiation-hardened ‘building block’ for silicon chip makers, which would eliminate almost all errors in electronic circuits caused by random heavy-ions.