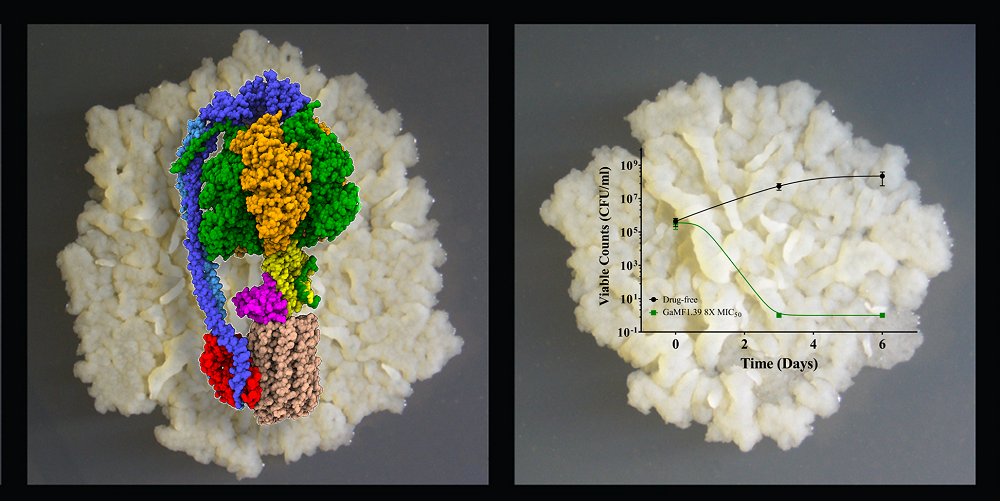 Image: The above figure shows two forms of mycobacterial colony formation. The mycobacterial F-ATP synthase (left) is the target of the new chemical compound, which is shown to be potent in killing the bacterium (right).

A new series of chemical compounds that can kill multidrug-resistant tuberculosis (TB), have been developed and commercialised by a joint team from NTU Singapore and Experimental Drug Development Centre (EDDC), a national drug discovery and development platform hosted by the Agency for Science, Technology and Research (A*STAR).

According to the World Health Organisation, TB is the second leading infectious disease killer after COVID-19, with an estimated 1.5 million people dying from it annually. Both developing and developed countries have been seeing more outbreaks of TB.  For instance, Singapore’s Ministry of Health announced that 170 people had tested positive for TB in a large cluster in Jalan Bukit Merah earlier in June.

The research and development of the new compounds were done by NTU and EDDC, in collaboration with the Center for Discovery and Innovation Hackensack Meridian Health (CDI) in the US and supported by the National Research Foundation Singapore.