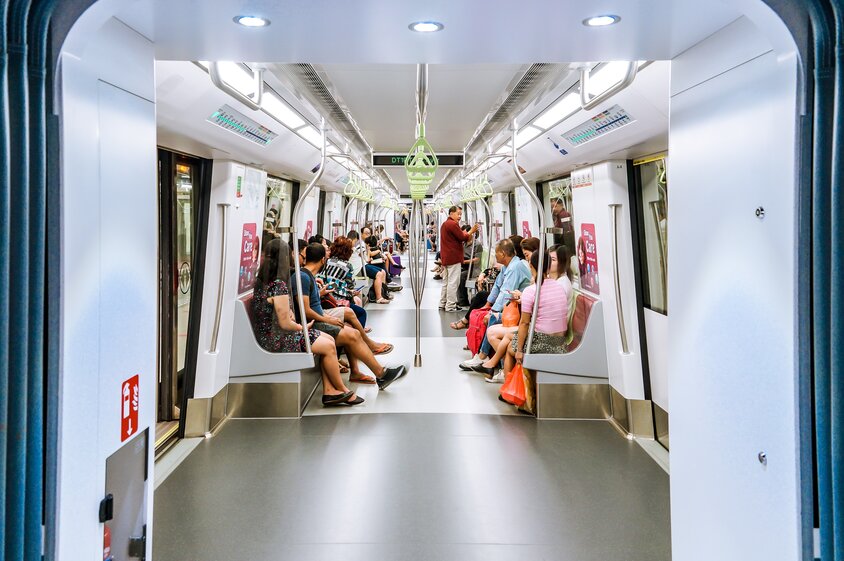 A study by NTU Singapore has uncovered some reasons why workers in Singapore are reluctant to return to the office as pandemic work-from-home restrictions are eased. Traveling to work on crowded trains was the biggest deterrent, followed by long commute times, the NTU scientists found.

As about two in five (43%) residents in Singapore use the Mass Rapid Transit (MRT) system and Light Rail Transit (LRT) system to commute to work, the study’s findings are relevant to transport providers SMRT and SBS.

The study is also relevant to employers and policymakers, as one of the factors cited by workers worldwide who are quitting their jobs in ‘The Great Resignation’, is a lack of flexible work arrangements.

The results were derived from a survey with 574 participants who live in Singapore and commute using the MRT system. It was designed to analyse a range of different factors, including various workplace locations, crowdedness levels and commute times. Over two-fifths (42%) of respondents said that they alighted at an MRT station within the Central Business District.

The survey was conducted from December 31, 2020, to January 16, 2021, and the demographics of the participants accurately reflected Singapore’s working population that commute via public transport.