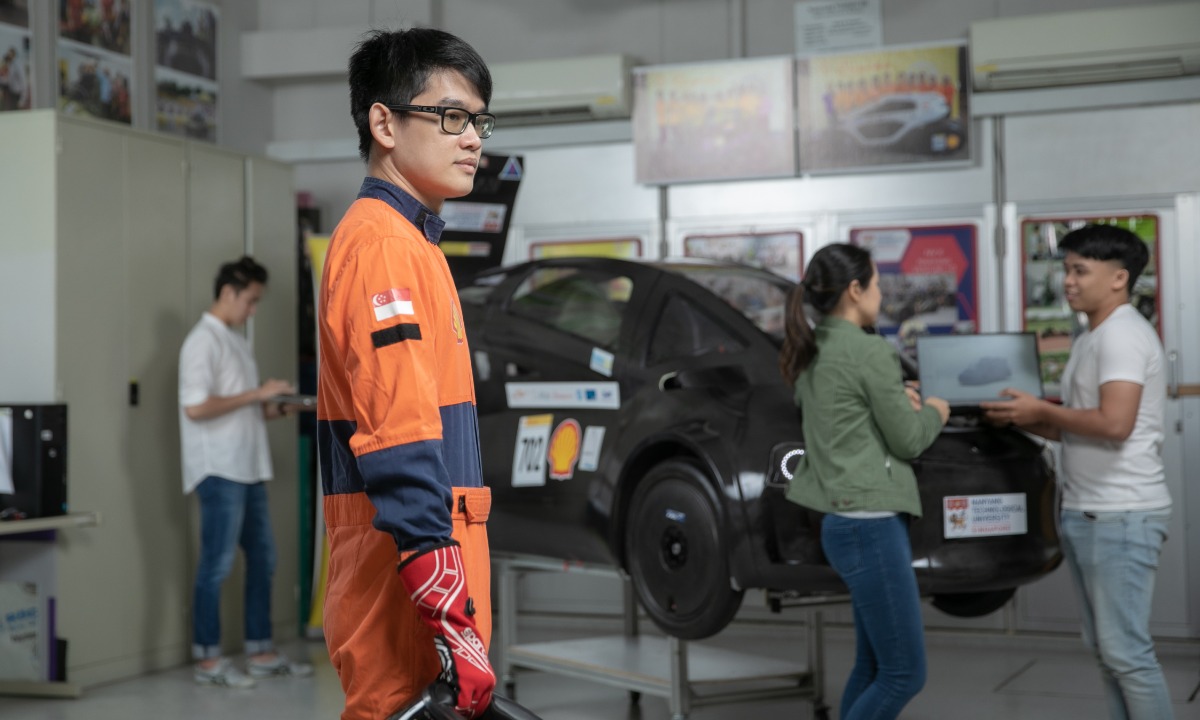 Experiencing the heady rush of being a tech pioneer is final-year Mechanical Engineering student Koh Ley How, who is working on the latest iteration of Nanyang Venture 11, an electric car with a design inspired by a killer whale that has already won an award at Shell’s annual eco-car competition for students around the world.

“My main task is to improve on the existing design of the gear train and also redesign its components to make it sturdier. As the official test driver, I take the vehicle out on drives and give feedback on how else it can be improved,” says Ley How.

He follows in the footsteps of his seniors, who worked on previous models of Nanyang Venture. The Nanyang Venture 8, Singapore’s first 3D-printed urban battery electric car, dominated headlines when it won six awards at the Shell competition in 2016, turning in Singapore’s best performance.

Smitten by the allure of innovation in motorsports from a young age, Ley How is keen to help push the automotive industry to greener heights.

“Being able to take part in the Shell Eco-marathon is ideal for engineers-to-be who want to break new ground. NTU has a strong track record of winning at this competition, where innovation is key. That’s my motivation to keep working on the car. I’m keen to continue along this path in the future,” he says.

Opportunities to design and build are plentiful on the NTU Smart Campus, where innovation is encouraged and supported. A student start-up was recently in the news for developing FoodBots – self-driving food delivery robots. These four-wheelers have delivered over 6,000 food orders across the NTU campus.

“The FoodBot is an engineering dream for us. Almost every part of the robot is made by us, from 3D-printed parts to self-designed custom printed circuit boards,” says Melvin Foo, founder and third-year Renaissance Engineering Programme student.

This story was published in the Jan-Mar 2021 issue of HEY!.

Get a head start in your career

Spark your passion for research