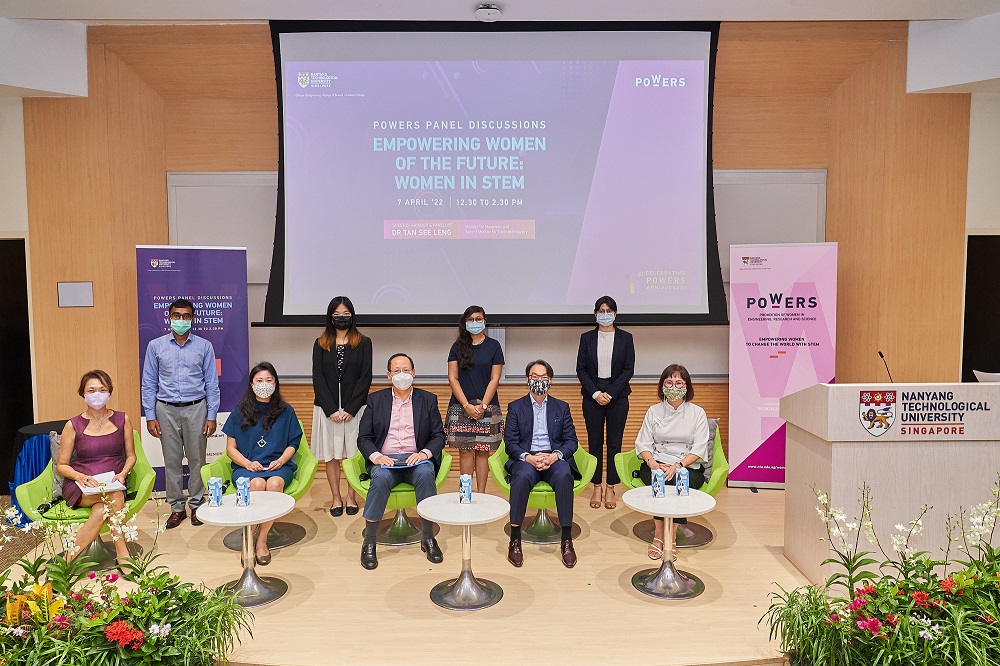 Gender diversity may have improved in the workplace, but many women in the fields of Science, Technology, Engineering and Math (STEM) in Singapore are more likely than men to perceive there are barriers to the entry and progression in STEM careers due to gender, a study by the Promotion of Women in Engineering, Research, and Science (POWERS) programme has found.

The findings by the POWERS programme from NTU Singapore, were from a study conducted between late 2020 and early 2021 and serve to inform the development of new approaches for the university and society to build a supportive ecosystem for women in STEM.

A nationally representative sample of 738 Singapore residents were surveyed by the POWERS team to understand the gender gap in STEM careers in Singapore. It was found that about half of women in the industry believe it is harder to get a job and progress in their career due to their gender.

The study highlighted that woman left the STEM career path because they did not feel they belonged. The perception was the highest for women who entered STEM careers from non-STEM diploma/degree courses and those who left STEM.

POWERS is a voluntary initiative supported by Singapore's Ministry of Education and NTU’s College of Engineering, College of Science, Graduate College and Women@NTU,

The programme aims to recruit and empower women with a long-term goal to increase gender diversity in STEM careers.

Supported by a new S$1 million Tan Seow Chiap Endowment for Promotion of Women in Engineering, Research and Science, NTU will be offering a series of initiatives to achieve the aims of POWERS.

The gift was made in the personal capacity of Dr Tan See Leng, Minister for Manpower and Second Minister for Trade and Industry, who named the endowment in honour of his late father, Mr Tan Seow Chiap.

The gift was announced today at the POWERS 1st anniversary event, where Dr Tan attended as Guest-of-Honour and participated in a panel discussion on the issues reported in the whitepaper by POWERS. Panellists consisting of representatives from NTU and its National Institute of Education (NIE), tech giants HP Inc and Dell, as well ExxonMobil Asia Pacific, called on all parties – education, corporate and government agencies - to take action to create a supportive ecosystem woman in STEM.

Outstanding alumni honoured for contributions to NTU and society