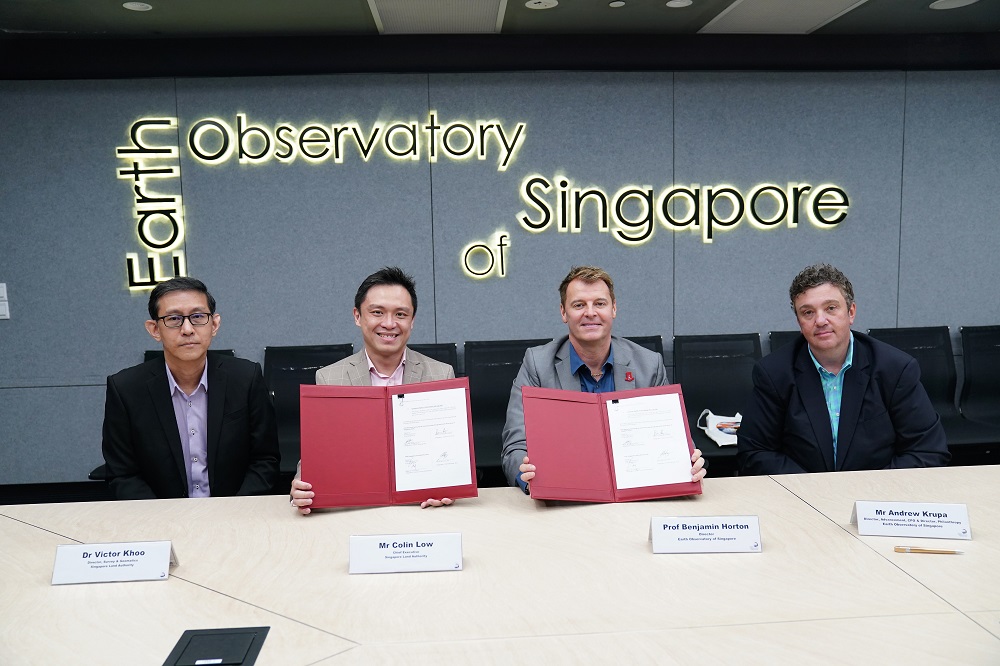 Leading NTU Singapore’s efforts in this collaboration is its Earth Observatory of Singapore (EOS), which will see its researchers access GNSS data collected by SLA’s Singapore Satellite Positioning Reference Network (SiReNT), and more than a decade of archived historical GNSS data.

Together with the development of new coastal GNSS reference stations in Singapore led by EOS, this will allow research into more accurate ways to measure land-height and sea-level changes around Singapore, as well as the effect of the atmosphere on the weather and climate on the island nation.

GNSS encompasses different types of satellite navigation systems including the commonly known Global Positioning System (GPS) which can be used by systems such as SLA’s SiReNT - to produce precise positioning data up to an accuracy of 3 cm.

An agreement was signed between EOS and SLA on Monday at NTU to establish the four-year collaboration, which is expected to contribute to the Singapore National Sea Level Programme (NSLP) by the Centre for Climate Research Singapore, supported by the National Research Foundation and the National Environment Agency.