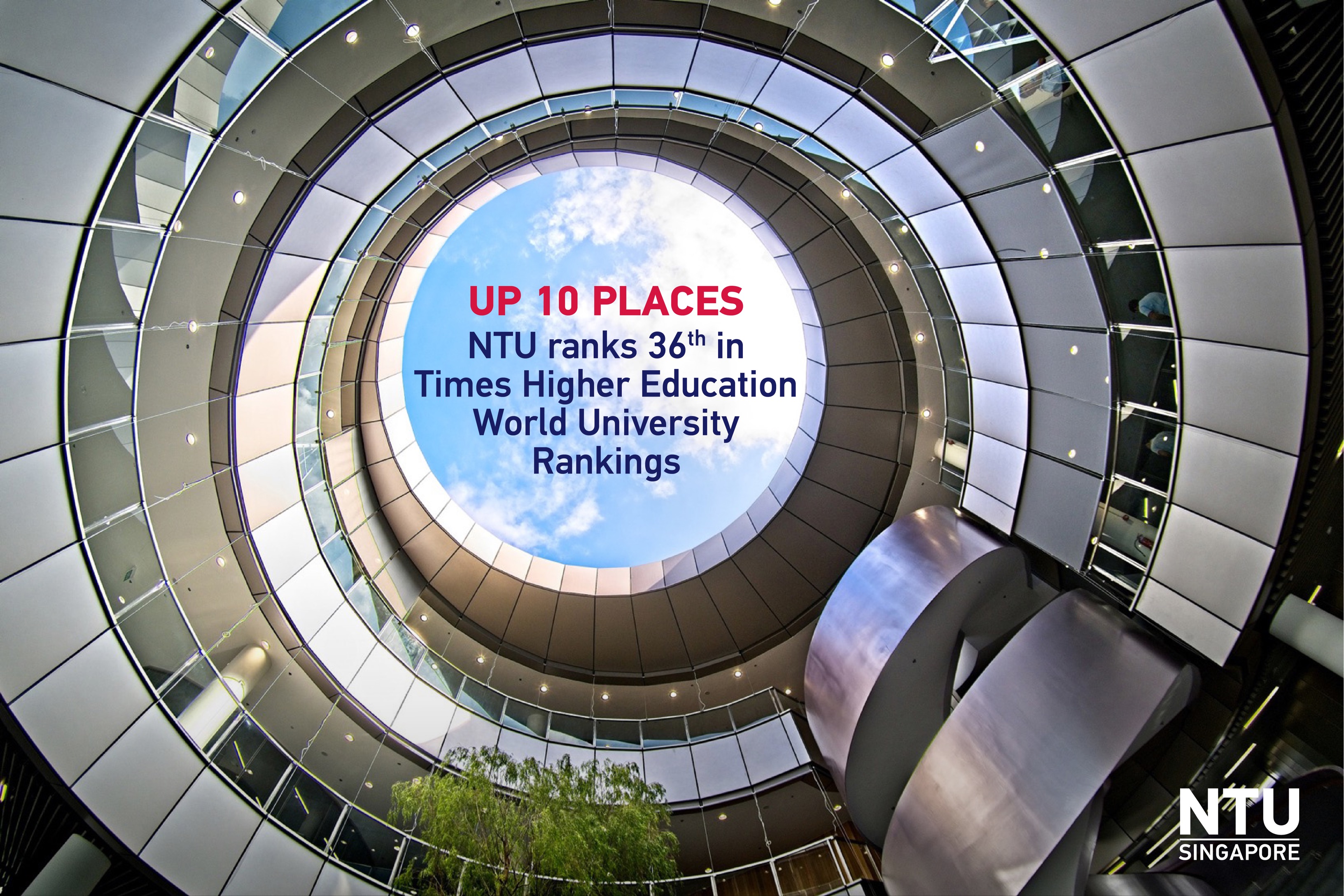 NTU Singapore has broken into the top 40 universities in the world in this year's Times Higher Education World University Rankings.

The University rose 10 spots to rank 36th place globally, its highest position to date in the Times Higher Education global rankings, having climbed 138 places over the last 12 years.

The Times Higher Education World University Rankings 2023 assessed about 1,800 universities based on 13 performance indicators that are grouped into five areas.

NTU improved its score in four of the five ranking indicators for Research, Teaching, Citations and International Outlook. It scored highly for Research, which calculates the volume, income, and reputation of research excellence conducted by the University.

Under the Citation pillar, which reflects its research influence, NTU’s improved score showed an uptrend movement for the past three years.

The University also increased its score under Teaching, with improvements in areas such as academic reputation and the number of doctorate degrees awarded.

NTU’s latest achievement in the Times Higher Education league table highlights its strong momentum and performance in various international indices which use distinctly different criteria and metrics in evaluating universities.

NTU is now ranked, for the first time in the University’s history, in the Top 40 of each of the three major global indices, provided by Quacquarelli Symonds (QS), Times Higher Education, and US News & World Report respectively.