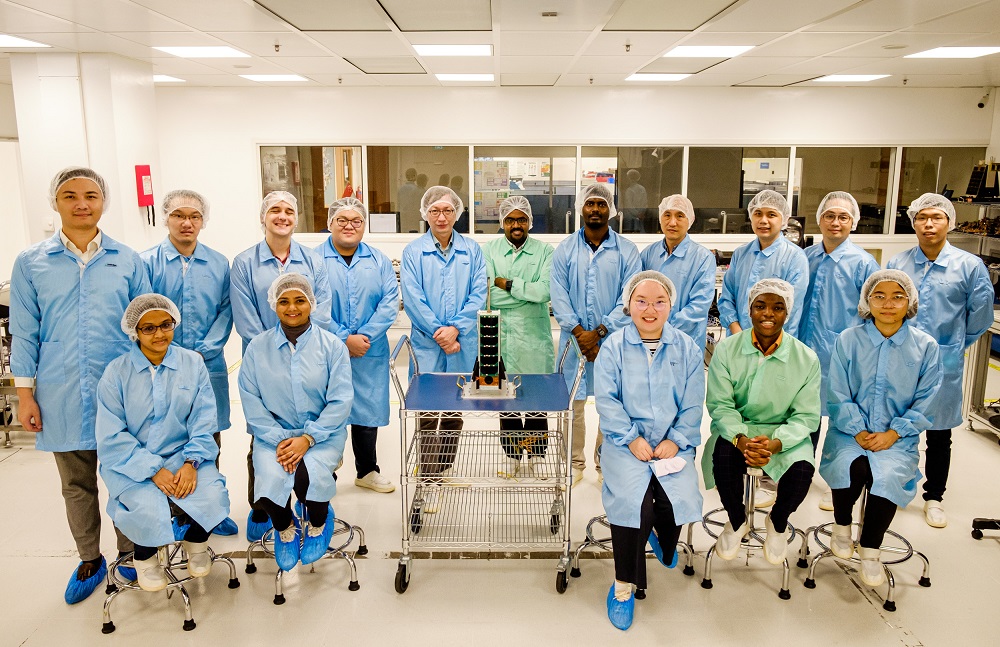 Singapore will see three new satellites going up into space today, one of which will be SCOOB-I, the 10th satellite launched by the NTU Singapore.

Designed, built and tested by NTU students, the SCOOB-I is the first of the new Student Satellite Series to be launched, which aims to provide real-world learning opportunities for engineering undergraduates.

It will be launched from the Satish Dhawan Space Centre, on an Indian Space Research Organisation Polar Satellite Launch Vehicle.

As the 10th NTU spacecraft to orbit Earth, this nano-satellite measuring 35cm x 10cm x 10cm packs several NTU innovations that have not been tested in space before.

They include a solar spectral sensor that can measure the sun’s energy in various spectra of light; a small Earth imaging camera that can take photos of the Earth’s surface at 25 to 30 metres in resolution; an attitude determination system and new low-cost solar panels developed in-house at NTU’s Satellite Research Centre (SaRC).

Outstanding alumni honoured for contributions to NTU and society