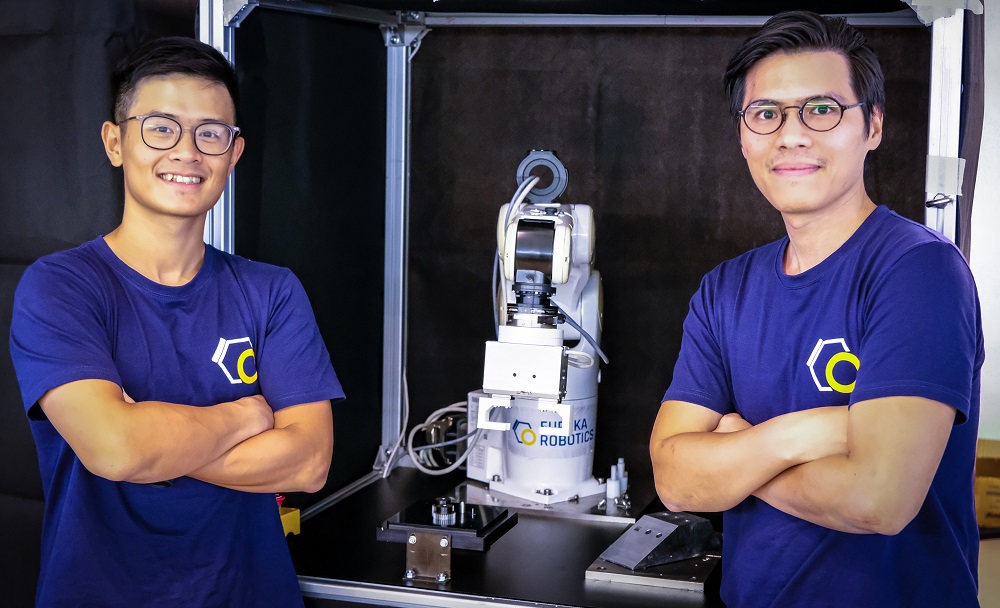 Eureka Robotics, a tech spin-off from Nanyang Technological University, Singapore (NTU Singapore), has developed a technology, called Dynamis, that makes industrial robots nimbler and almost as sensitive as human hands, able to manipulate tiny glass lenses, electronics components, or engine gears that are just millimetres in size without damaging them.

This proprietary force feedback technology developed by NTU scientists was previously demonstrated by the “Ikea Bot” which assembled an Ikea chair in just 20 minutes. The breakthrough was first published in the top scientific journal Science in 2018 and went viral on the internet when it could match the dexterity of human hands in assembling furniture.

NTU Associate Professor Pham Quang Cuong, Co-founder of Eureka Robotics, said they have since upgraded the software technology, which will be made available for a large number of industrial robots worldwide by Denso Wave, a market leader in industrial robots, which is part of the Toyota Group.

Clients purchasing the latest robots sold by Denso Wave will have an option to include this new technology as part of the force controller, which reads the force detected by a force sensor on the robot’s wrist and applies force accordingly: apply too little force and the items may not be assembled correctly while applying too much force could damage the items.

Mastering “touch sensitivity” and dexterity like human hands has always been the holy grail for roboticists, says Assoc Prof Pham, as the programming of the force controller is extremely complicated, requiring long hours to perfect the grip just for a specific task.

As compared to current industrial robots, DENSO WAVE robots equipped with Dynamis have demonstrated that it can assemble gears with precision eight times faster, signalling a huge potential for improvements in productivity. It can also help to free workers from mundane and repetitive tasks while ensuring high quality control by minimising human error.

Incubating Eureka Robotics and helping to speed up its commercialisation processes is NTU’s innovation and commercialisation company NTUitive, as part of the Innovation pillar under the NTU 2025 strategic plan, which seeks to tackle some of the world’s most pressing challenges.