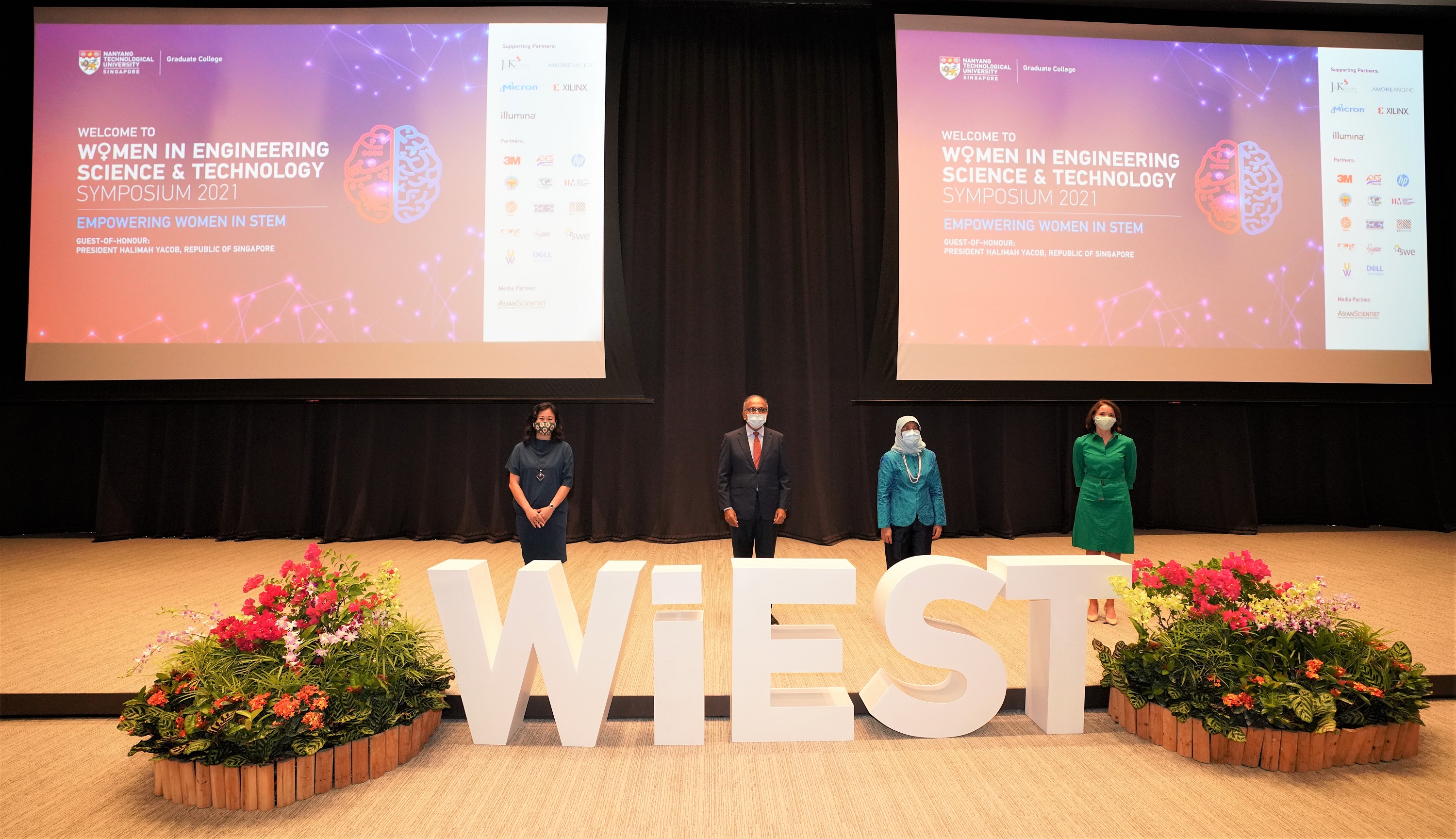 A new programme aimed at encouraging more women to pursue their studies and careers in the fields of Science, Technology, Engineering and Math (STEM) was officially launched by President of Singapore, Her Excellency, Madam Halimah Yacob. Named POWERS (Promotion of Women in Engineering, Research, and Science), the programme will look at creating a supportive ecosystem, conducting research to address #diversity barriers, and providing #education and skills #training for career advancement in STEM.

In conjunction with the launch of POWERS, key findings from research conducted by POWERS on “Closing the STEM gender gap in Singapore” was presented at the biennial Women in Engineering, Science & Technology (WiEST) symposium.

In the study, the POWERS team surveyed a nationally representative sample of 738 Singaporeans to understand the gender gap in STEM careers in Singapore.

The study found that only 58 per cent of women who graduated with a STEM diploma or degree went on to work in a STEM field, compared to 70 per cent of men with the same qualifications. This is despite women and men expressing equal career interests consistent with STEM jobs.