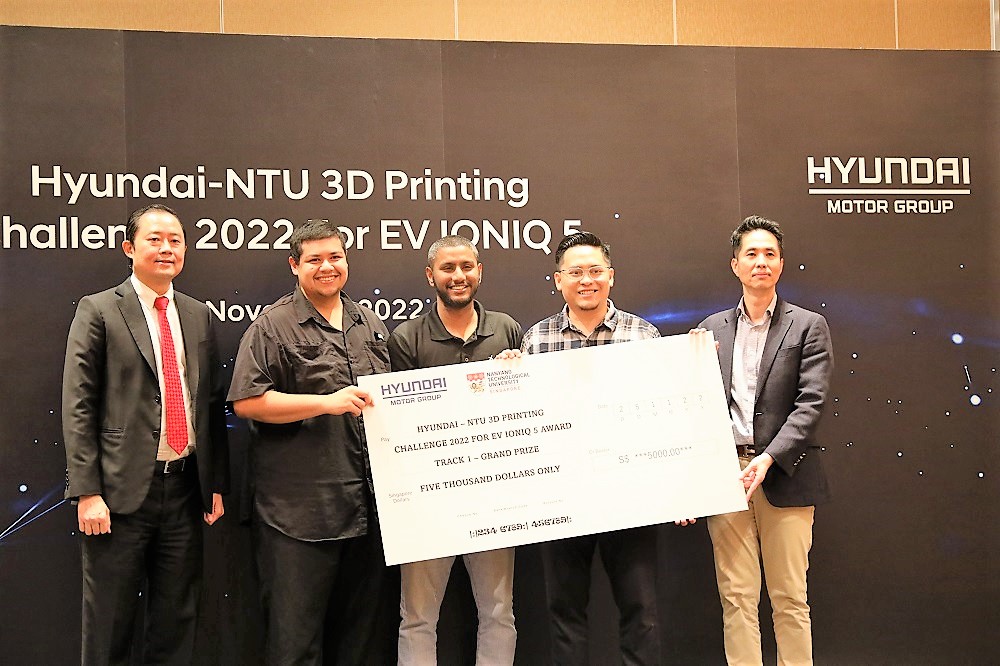 A collapsible umbrella holder and an air conditioner vent were among seven winning ideas at the inaugural Hyundai-NTU 3D Printing Challenge 2022 for electric vehicles, which was held on 25 November at Marina Bay Sands.

The challenge, jointly organised by the NTU School of Mechanical and Aerospace Engineering (MAE) and Hyundai Motor Group (HMG) aimed to encourage the innovative use of additive manufacturing, or 3D printing, in automotive engineering. Prize winners took home cash prizes of between $1,000 to $10,000.

Participants, which comprised of the public, enterprises, and students across various institutions in Singapore, were challenged to design a car accessory or a car part for Hyundai’s IONIQ 5 electric vehicle that will be manufactured in Singapore in 2023.

The designs must show-off the uniqueness of Singapore and is 3D-printable. They must also be functional without any additional electronics, or non 3D printed parts.

The inaugural competition saw close to 100 entries and an NTU team was among a handful that emerged as winners. 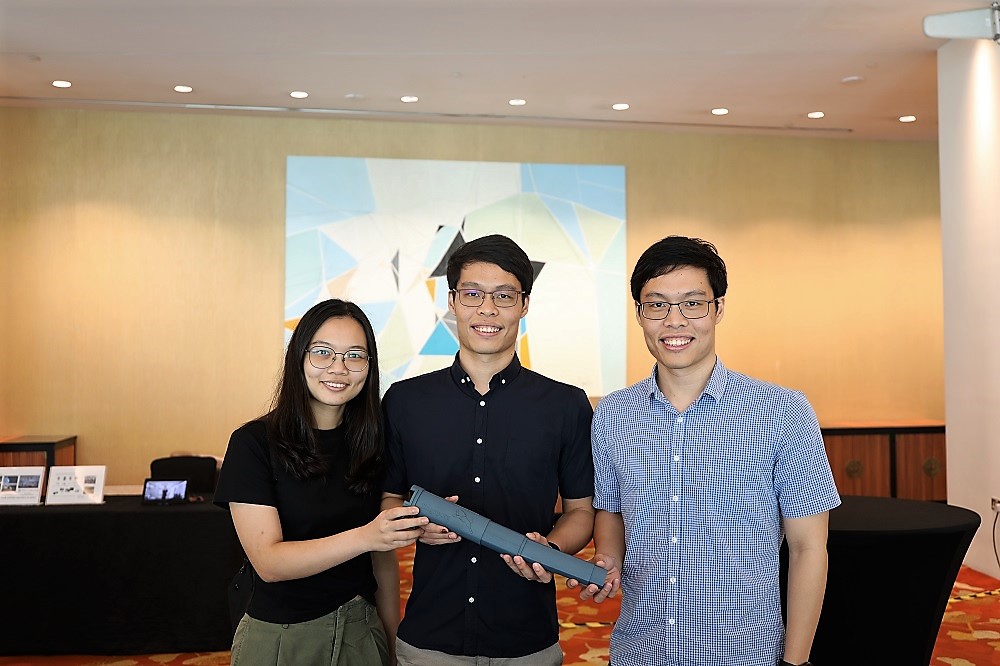 The family team which comprised twin brothers Goh Guo Dong and Goh Guo Liang, who are both research fellows at NTU, as well as their sister and father, won the hearts of the judges with their “collapsible holder for 70cm long umbrella” design.

The design, which bagged the first runner-up prize in the advanced track category, was inspired by Singapore’s tropical climate, characterised by frequent bouts of rain showers throughout the year. Drivers therefore tend to keep umbrellas in their cars in case of wet weather.

“We think a 3D printed collapsible umbrella holder, which can be easily clipped onto the existing cup holder component of a car, can be a useful add on accessory for drivers here,” said Guo Dong.

The grand prize of the general track category was awarded to local enterprise Meka Innovation for its innovative design of a car air conditioner vent. 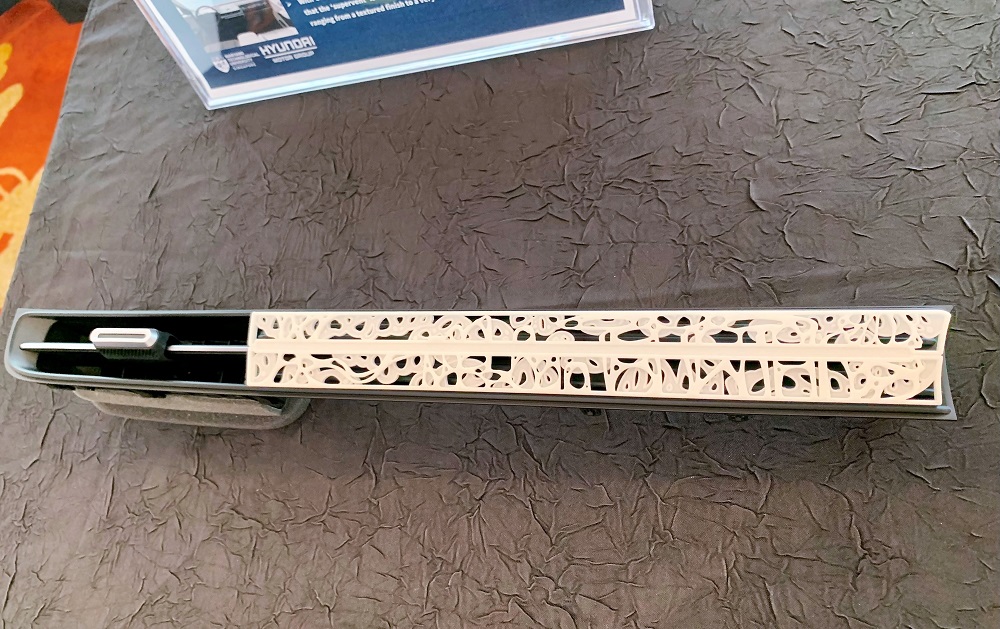 Inspired by the Singapore Green Plan and the garden city landscape, the vent exhibits a motif of the native Tembusu tree fusing into the Singapore’s skyline and meeting the iconic Merlion.

Speaking at the award ceremony, NTU Vice President (Innovation & Entrepreneurship) and Dean, College of Engineering, Prof Louis Phee said, “I believe this 3D printing challenge has helped spurred the innovative use of technology in automotive engineering, and we certainly hope to see more of such competitions in the future.”

The 3D Printing Challenge, jointly organised by Hyundai and NTU, is an initiative under a partnership announced in November 2020.

Under the tie-up, the Hyundai Motor Group Innovation Center in Singapore (HMGICS) will collaborate with NTU - its first academic research partner under the new facility - to realise its vision for smart manufacturing and future mobility.

Prototypes of shortlisted entries were 3D-printed at the HP-NTU Digital Manufacturing Corporate Lab and exhibited at the event. The winning designs will be further evaluated for commercialisation and production feasibility at the HMGICS in future.

How brands can reach out to digital natives: panel discussion