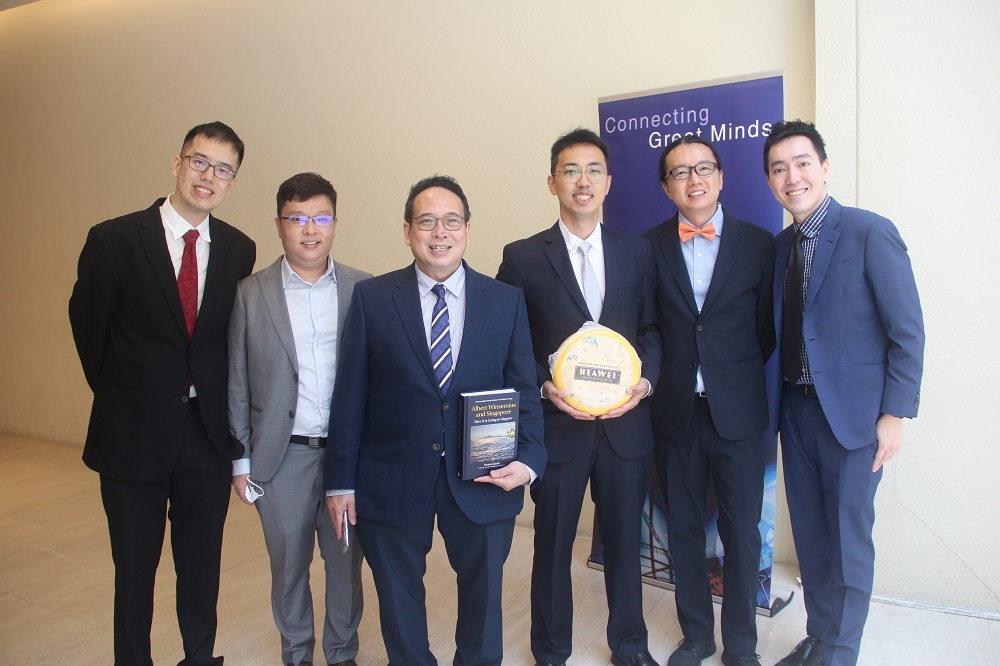 Now, his story is told in Albert Winsemius and Singapore: Here It is Going to Happen. Written by a team of NTU economists led by Professor Euston Quah, NTU Albert Winsemius Chair Professor of Economics, the book is the most detailed, wide-ranging, and meticulous study of Albert Winsemius’ impact on Singapore’s early economic development to date.

The book was launched by Deputy Prime Minister and Coordinating Minister for Economic Policies Mr Heng Swee Keat on Monday, 23 May.

With material sourced from archives in the Netherlands and Singapore, and supplemented with extensive first-person interviews with people who had the pleasure of working alongside Albert Winsemius, the book examines his affinity with Singapore and his contributions to the country’s economic growth and development.