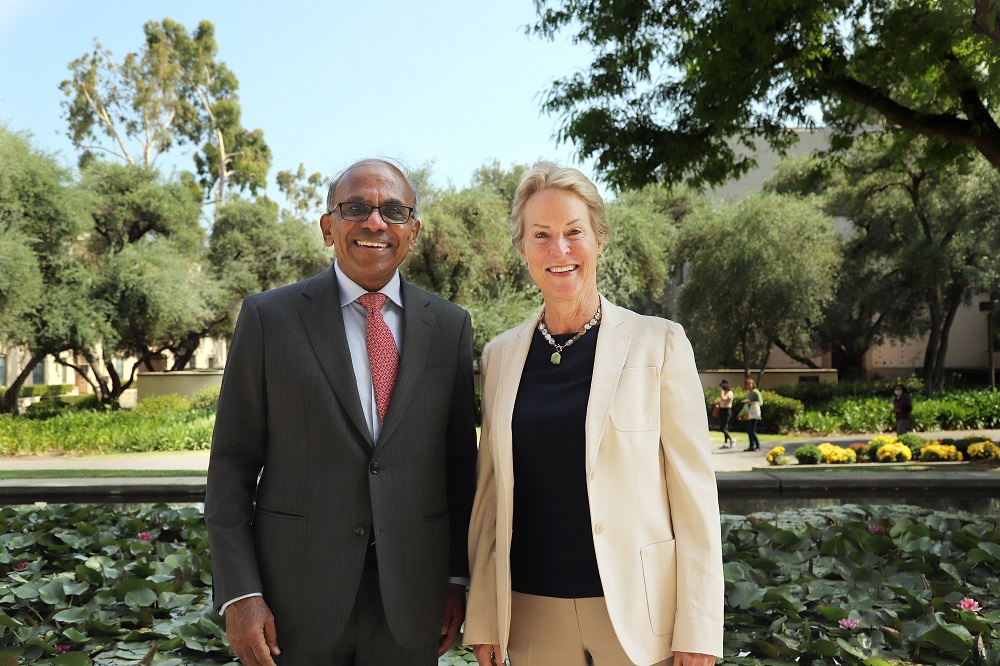 Photo: (left) NTU Singapore’s President Prof Subra Suresh with Dr Frances Arnold, the Linus Pauling Professor of Chemical Engineering, Bioengineering and Biochemistry at Caltech and winner of the Nobel Prize for Chemistry in 2018.

A biennial lecture series has been set up by the California Institute of Technology (Caltech) in honour of NTU Singapore’s President Prof Subra Suresh, a globally recognised scholar and world leader in higher education.

The Subra Suresh Distinguished Lecture, made possible through a permanent endowment provided by an anonymous donor, will be given by leaders in the broad intellectual domain of multidisciplinary science and engineering.

The Clark B. Millikan Visiting Professor at the Graduate Aerospace Laboratories (GALCIT) from 1999 to 2000, and the Gordon Moore Scholar in 2004, Prof Suresh has had a long history of scientific collaborations and interactions with the faculty and students at Caltech.

On the establishment of the lecture series, Caltech said Prof Suresh has had a distinguished research career that accompanies his achievements in service to the United States as Director of the National Science Foundation and as a world leader in higher education.

Over 100 people physically attended the inaugural Lecture held on 19 May 2022, which was presented by Dr Frances Arnold, the Linus Pauling Professor of Chemical Engineering, Bioengineering and Biochemistry at Caltech and winner of the Nobel Prize for Chemistry in 2018. Another 40 watched the livestream of the lecture.

Dr Arnold, who was chosen for her deep and broad contributions to the field of directed protein evolution, talked about how evolution can be used to optimise existing enzymes and invent new ones, paving the way for the discovery of biocatalysts for increasingly challenging reactions.

These capabilities increase the scope of molecules and materials we can build using synthetic biology and move us closer to a sustainable world where chemical synthesis can be fully programmed in DNA.