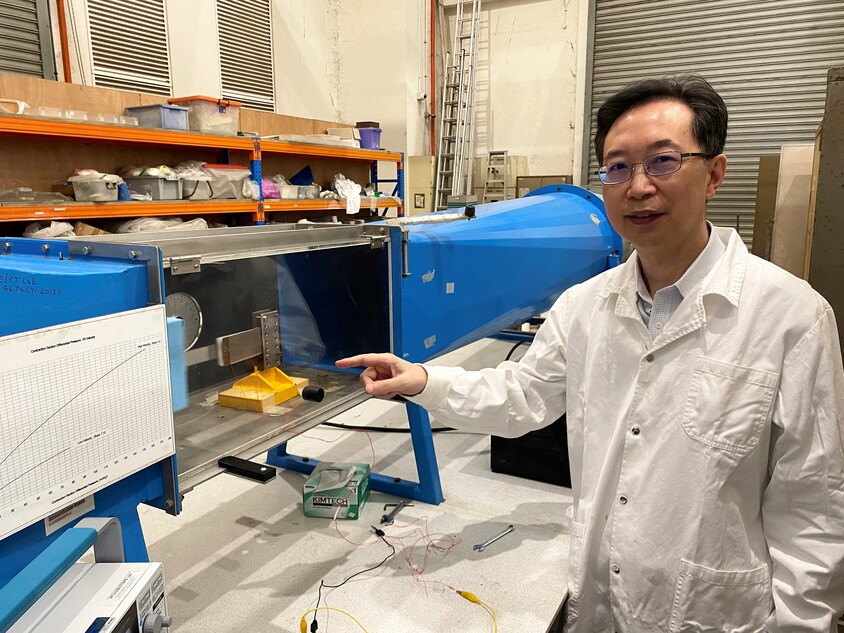 Scientists from NTU Singapore, led by Professor Yang Yaowen, Associate Chair of the School of Civil and Environmental Engineering, have developed a low-cost device that can harness energy from wind as gentle as a light breeze and store it as electricity.

When exposed to winds with a velocity as low as two metres per second (m/s), the device can produce a voltage of three volts and generate electricity power of up to 290 microwatts, which is sufficient to power a commercial sensor device and for it to also send the data to a mobile phone or a computer.

The light and durable device, called a wind harvester, also diverts any electricity that is not in use to a battery, where it can be stored to power devices in the absence of wind.

The scientists say their invention has the potential to replace batteries in powering light emitting diode (LED) lights and structural health monitoring sensors. Those are used on urban structures, such as bridges and skyscrapers, to monitor their structural health, alerting engineers to issues such as instabilities or physical damage.

Measuring only 15 centimetres by 20 centimetres, the device can easily be mounted on the sides of buildings, and would be ideal for urban environments, such as Singaporean suburbs, where average wind speeds are less than 2.5 m/s, outside of thunderstorms[1].