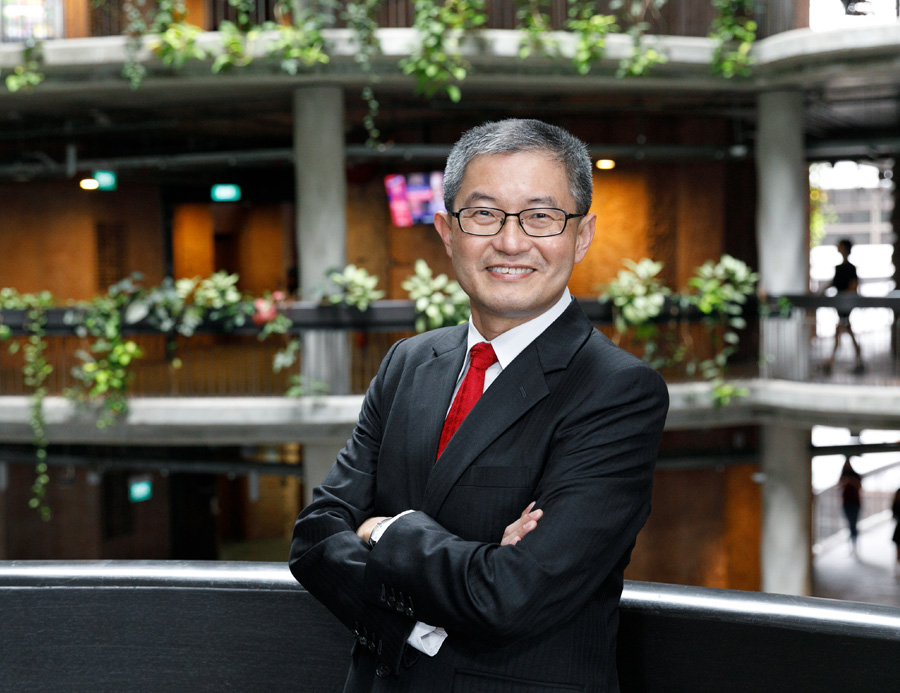 Since August 2022, Professor Ling also serves concurrently as the Chief Scientific Advisor for the National Research Foundation, Singapore. He is also a member of the Committee of Government Scientific Advisors, Singapore.
Professor Ling’s research interests are in applications of algebra and number theory to combinatorial designs, coding theory, cryptography and sequences. He has published about 220 journal and conference papers and two textbooks, and edited several conference proceedings. His research has clinched more than S$23 million in funding.

A visiting scholar at institutions such as the University of California, Berkeley, CNRS, ESSI Sophia Antipolis, INRIA, ENS Lyon, Macquarie University, the Technion, and Hanyang University, he is a recipient of the Singapore Youth Award (Science & Technology) in 2001, National Science Award (Team) in 2003, Service to Education Award from the Singapore Ministry of Education in 2010, Public Administration Medal (Silver) from the President of the Republic of Singapore in 2013, and Fellowship of the Singapore National Academy of Science in 2014. A passionate educator, he has also won numerous teaching excellence awards at both NTU and NUS.