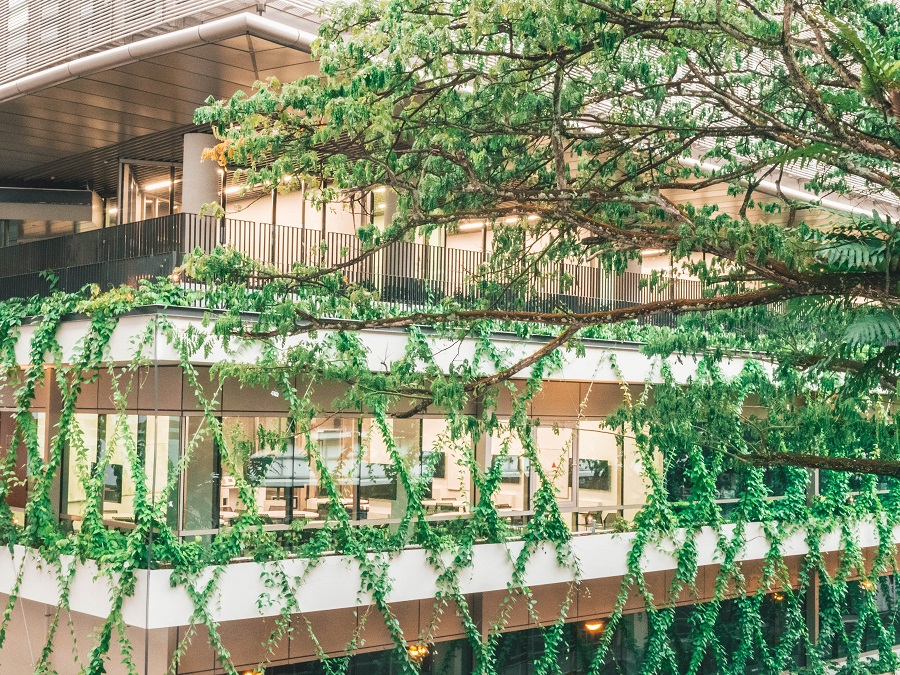 Vertical greenery ‘planted’ on the exterior of buildings may help to buffer people against stress, a study by a team of NTU Singapore psychologists has found.

Using VR headsets, 111 participants were asked to walk down a virtual street for five minutes. Participants were randomly assigned to either a street that featured rows of planted greenery (e.g., on balconies, walls, and pillars of buildings), or one with only buildings that had green painted walls in place of green plants. The virtual environments used in the study was developed by the NTU research team.

Following the experiment, participants answered a questionnaire that assessed their positive (e.g., interested, excited) and negative emotions (e.g., upset, hostile), and the level of anxiety they were feeling.

The findings published in the peer-reviewed academic journal Landscape and Urban Planning, have implications for the well-being of people living in urban areas and can guide greening efforts in cities, say the researchers.

The future of luxury retail is hybrid