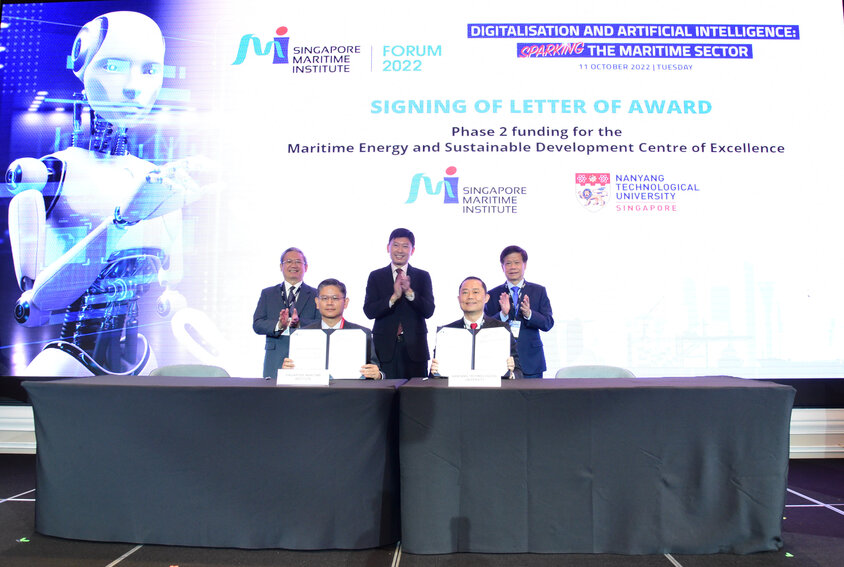 The Singapore Maritime Institute (SMI) has awarded a new core funding of S$12 million to NTU Singapore to support the research efforts of the Maritime Energy & Sustainable Development (MESD) Centre of Excellence over a new five-year period until 30 September 2027 from this September.

The research centre was launched in October 2017 and jointly funded by SMI and NTU with the mission to deepen Singapore’s maritime capability in the field of energy and sustainable development, with a focus on future port and shipping operations.