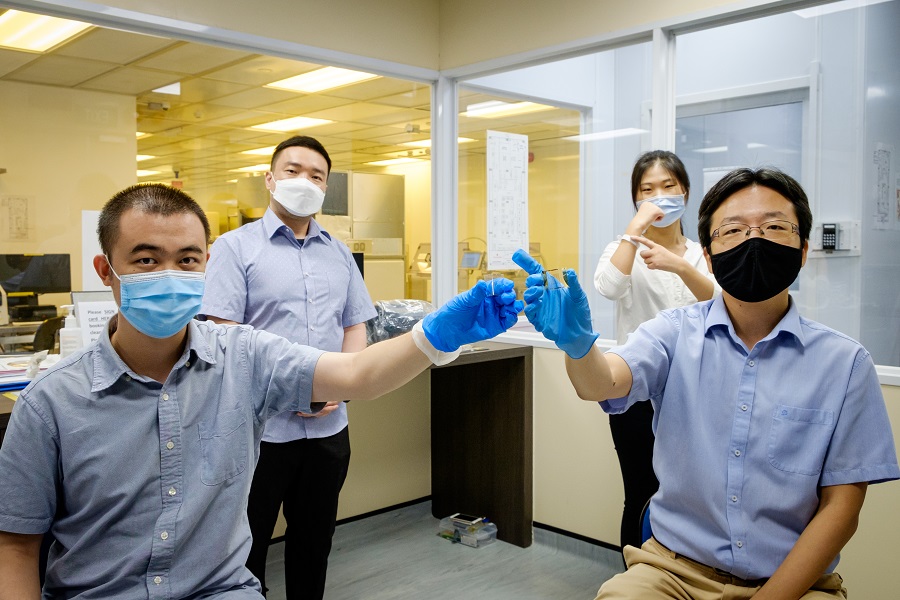 To enable the development of wearable devices that possess advanced ultraviolet (UV) detection functions, scientists from NTU Singapore have created a new type of light sensor that is both flexible and highly sensitive.While invisible to the human eye, UV rays surround us in our environment, and excessive exposure can cause health issues including skin cancer and premature skin ageing. The intensity of UV rays is typically reported through an index during weather reports. A wearable device, such as a T-shirt or watch that monitors the actual personal UV exposure throughout the day, would be a useful and more accurate guide for people seeking to avoid sun damage.

In their study, which was featured on the front cover of the peer-reviewed journal ACS Nano, the NTU researchers reported that their flexible UV light sensors were 25 times more responsive, and 330 times more sensitive, than existing sensors, exceeding the performance level required for optoelectronic applications – or light-based electronics.

This type of semiconductor structure, which can be fabricated using existing industrial compatible methods, allows the material to be easily bent, making it ideal for use in flexible sensors. At the same time, the chemical composition of the material changes with depth, meaning that high performance is maintained even when it comes under strain.