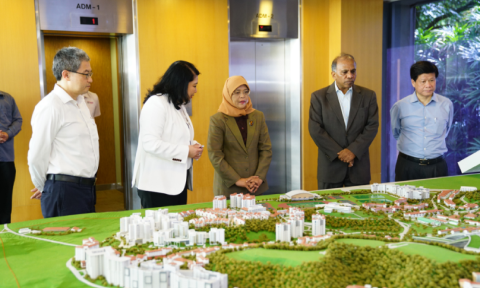 Singapore President and Nanyang Technological University’s (NTU Singapore) new Chancellor ​Halimah Yacob made her first visit to the campus on Wednesday, January 17.
Her day began with a meeting with NTU President Professor Subra Suresh and the university’s leadership team.

Penning a message in NTU’s guestbook, she said that NTU has helped to place Singapore well in world-class rankings. 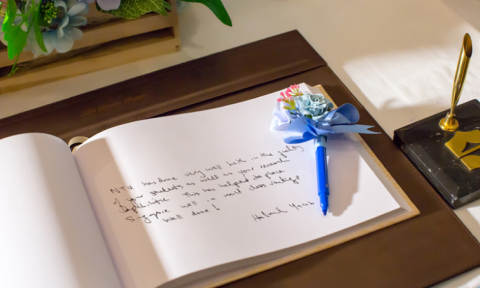 During a tour of NTU’s latest facilities, including the new residential halls at North Hill and Nanyang Crescent, President Halimah got a close-up look at the university's Residential Education programme, which offers a variety of learning activities hosted by the halls of residence for student residents. 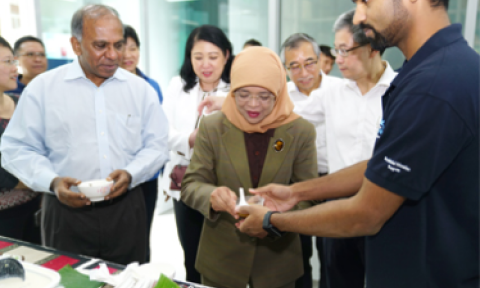 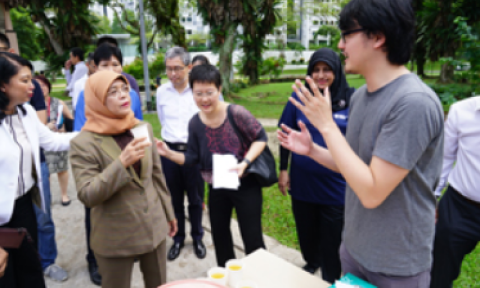 President Halimah sampled ondeh-ondeh, bubur cha-cha and other traditional desserts prepared by students at a halal kitchen studio at North Hill, as well as lemon grass drinks while visiting a herb garden managed by students at Hall 10. The students had learned to prepare the dishes at one of the halls’ Residential Education programmes that exposes participants to Southeast Asia’s culinary diversity. 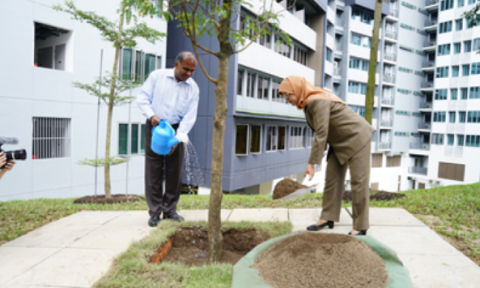 The NTU Chancellor planted a Tamarind tree at Tamarind Hall, one of the new residential halls at Nanyang Crescent.

The visit was capped by a tour of NTU’s iconic sports hall, The Wave – the first large-scale building in Southeast Asia built using engineered wood, followed by lunch with NTU's Pro-Chancellors, Board of Trustees, senior management and guests.

Speaking at the lunch, Board Chairman Koh Boon Hwee said, “President Halimah continues the long tradition of eminent Chancellors of this university, who between them have conferred degrees on more than 160,000 students since 1991 when NTU was inaugurated.” 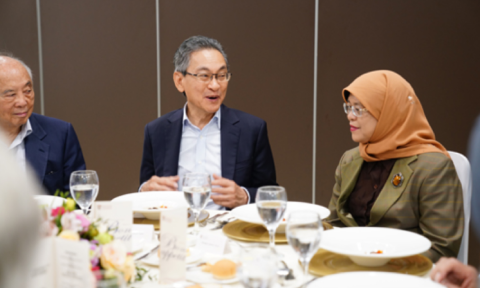 He said that President Halimah had emphasised in her inauguration speech that: “All Singaporeans should have the opportunity to get a good education and a good start in life, no matter where they come from or who their parents are.” 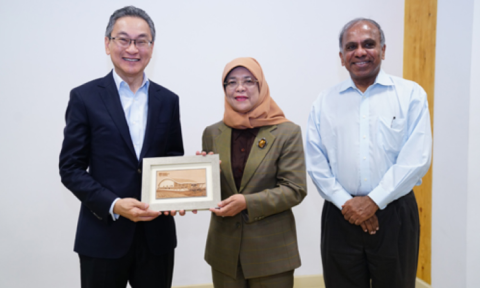 He added that NTU is deeply grateful for the time President Halimah will be committing to its affairs. “This task will become even more pertinent, as NTU’s international reputation and impact continue to grow,” he said.