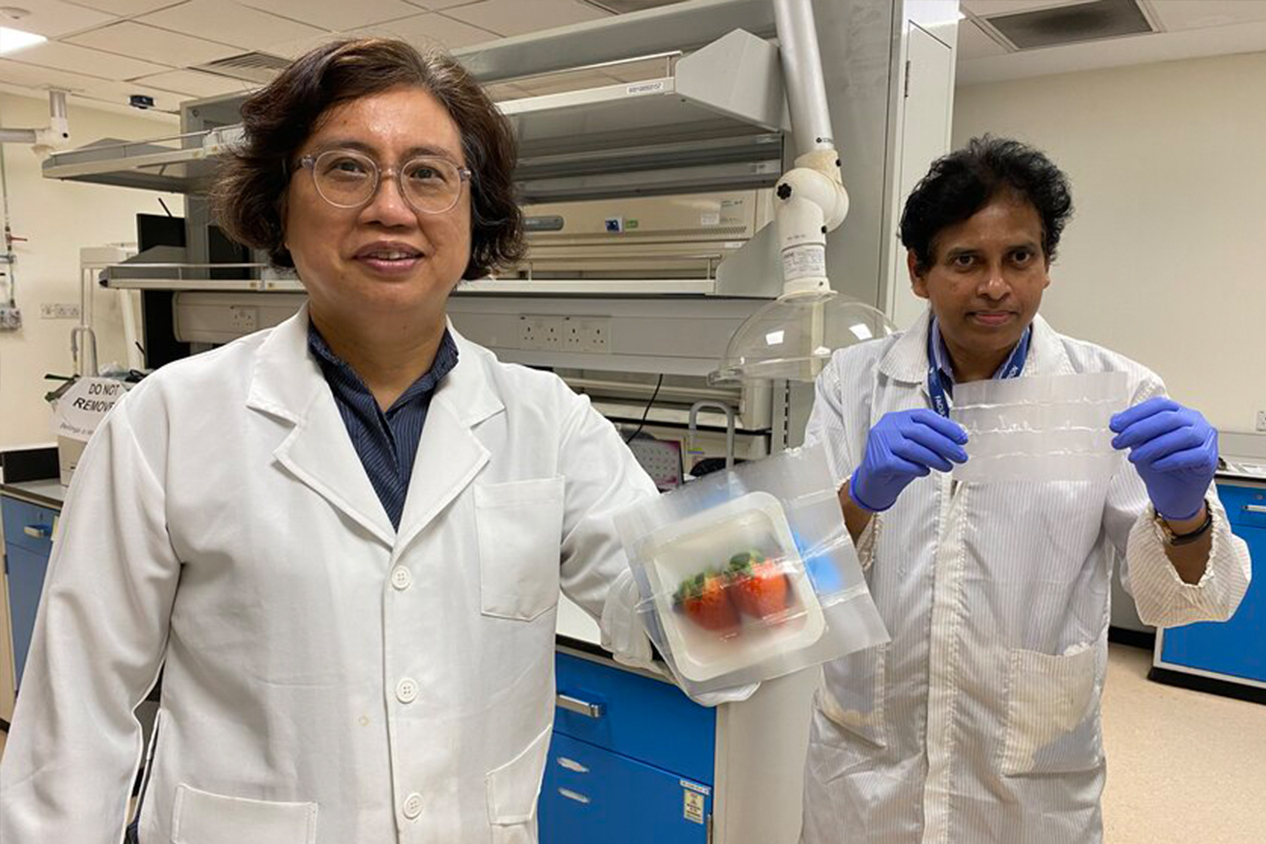 A team of scientists from NTU Singapore and Harvard T.H. Chan School of Public Health, US, has developed a ‘smart’ food packaging material that is biodegradable, sustainable and kills microbes that are harmful to humans. It could also extend the shelf-life of fresh fruit by two to three days.

The natural food packaging is made from a type of corn protein called zein, starch and other naturally derived biopolymers, infused with a cocktail of natural antimicrobial compounds (see video). These include oil from thyme, a common herb used in cooking, and citric acid, which is commonly found in citrus fruits.

In lab experiments, when exposed to an increase in humidity or enzymes from harmful bacteria, the fibres in the packaging have been shown to release the natural antimicrobial compounds, killing common dangerous bacteria that contaminate food, such as E. coli and Listeria, as well as fungi.

The packaging is designed to release the necessary miniscule amounts of antimicrobial compounds only in response to the presence of additional humidity or bacteria. This ensures that the packaging can endure several exposures, and last for months.

As the compounds combat any bacteria that grow on the surface of the packaging as well as on the food product itself, it has the potential to be used for a large variety of products, including ready-to-eat foods, raw meat, fruits, and vegetables.

The invention is the result of the collaboration by scientists from the NTU-Harvard T. H. Chan School of Public Health Initiative for Sustainable Nanotechnology (NTU-Harvard SusNano), which brings together NTU and Harvard Chan School researchers to work on cutting edge applications in agriculture and food, with an emphasis on developing non-toxic and environmentally safe nanomaterials.

The development of this advanced food packaging material is part of the University’s efforts to promote sustainable food tech solutions, that is aligned with the NTU 2025 strategic plan, which aims to develop sustainable solutions to address some of humanity’s pressing grand challenges.