During this four-year degree programme, undergraduates will read both philosophy and history, benefiting from the expertise and resources of both programmes.

The Philosophy curriculum allows students to explore, in a rigorous, systematic, and critical manner, fundamental problems about the nature of knowledge, reality, existence, mind, language, science, and morality. The curriculum includes a solid foundation in both eastern and western traditions of philosophy, and prepares students for the application of philosophy to the challenges of modern society.

The History Programme seeks to train students to not only think critically but also to apply interdisciplinary methods to identify and address contemporary problems from historical perspectives. History graduates will master the secondary literature in their chosen areas of study, engage in independent research, exercise critical judgment about the texts that they encounter, and communicate their findings in a well-reasoned and scholarly manner. 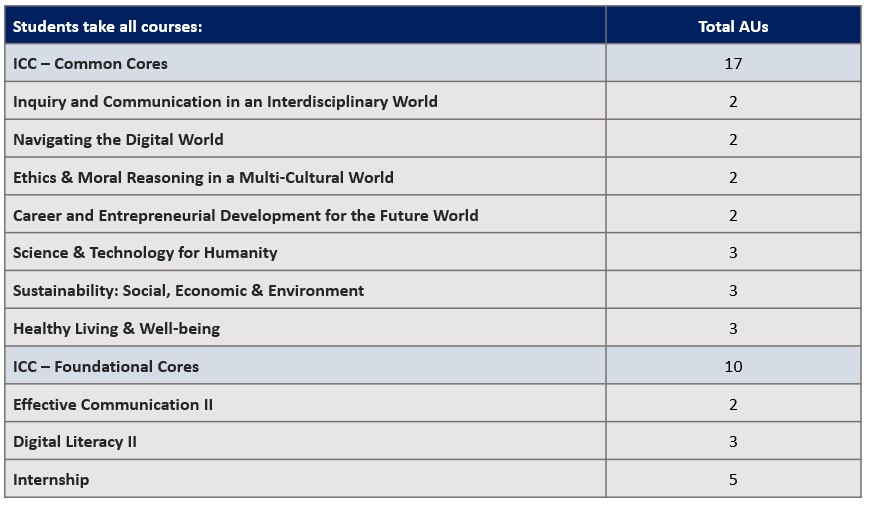 8 AUs
Students must clear at least 8 AUs from the Inter-Major Prescribed Electives listed below.
​(Note: Courses listed as Inter-Major PEs can be counted as Major PEs)

They can consider opportunities in the civil service, business management, human resources, public relations, media and marketing, advertising, journalism, publishing, translation, education, theatre and the arts, and other creative industries. Graduates from the programme are also well-positioned to pursue their academic interests at the MA and PhD levels.