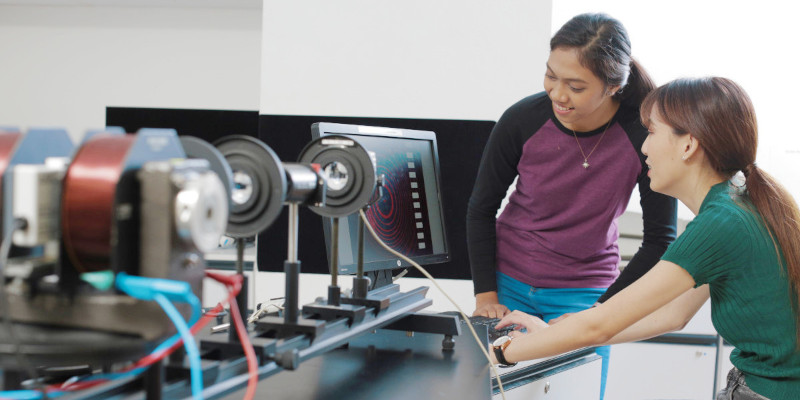 This Second Major programme equips Physics and Applied Physics majors with foundational and practical skills in data analytics, a discipline that is increasingly pervasive in science, technology, and business. The data analytics courses for the Second Major are offered by a wide range of Schools in NTU's College of Science and College of Engineering.

BSc in Applied Physics with Second Major in Medical Physics

In this Second Major programme, students receive a rigorous training in applied physics, and follow up by learning about the applications of physics and other quantitative sciences to modern medicine. Topics in medical physics includes therapeutic and diagnostic methods, nuclear medicine, and the physics of health.

BSc in Applied Physics with Second Major in Microelectronics Engineering

In this Second Major programme, students receive a rigorous training in applied physics and then learn how to use those principles to modern microelectronic devices. The programme is run in conjunction with the School of Electrical and Electronic Engineering.

In this Double Major programme, students explore the intersections of physics and mathematics, learning the skills needed to perform fundamental investigations of the natural world, as well as computation and problem-solving. Topics covered include differential geometry and general relativity, topology and condensed matter physics, and quantum field theory. The programme is run jointly with the Division of Mathematical Sciences.

BSc in Physics with Second Major in Mathematics

This Second Major programme provides a deep and rigorous education in the closely-allied fields of physics and mathematics. As of 2020, this has been replaced by the BSc in Physics and Mathematical Sciences (Double Major) programme, and is no longer offered.