LKCMedicine Associate Professor Eric Yap co-led a team of scientists to create the first laser-powered device that can trap and move viruses using light, with the potential to be used for research on the SARS-CoV-2 virus. The invention, which can precisely move a single virus to target a particular part of a cell, is a breakthrough in virus research. It will aid in the development of new approaches to disease diagnosis, the study of viruses as well as vaccine development.

A/Prof Yap said, “The conventional method of analysing viruses today is to study a population of thousands or millions of viruses. We only know their average behaviour as an entire population. With our laser-based technology, single viruses could be studied individually.

“As well as diagnosing diseases, our device could be used to spot the outliers – the rare individual virus that has the potential to evolve and create the next wave of an epidemic, for instance. This brings us into an era where we can contemplate precision diagnostics at the single virus level.”

The researchers tested their device known as a digital virus manipulation chip on adenoviruses, which is a group of common viruses that can cause cold-like symptoms, measuring 90 to 100 nanometre (nm) in diameter.

NTU School of Electrical and Electronic Engineering Professor Liu Aiqun, who led the research, said “Our invention uses light to manipulate viruses in a certain size range and we have proven that it works with adenoviruses. We believe our device could also be used to trap and concentrate SARS-CoV-2 for research and diagnosis.” 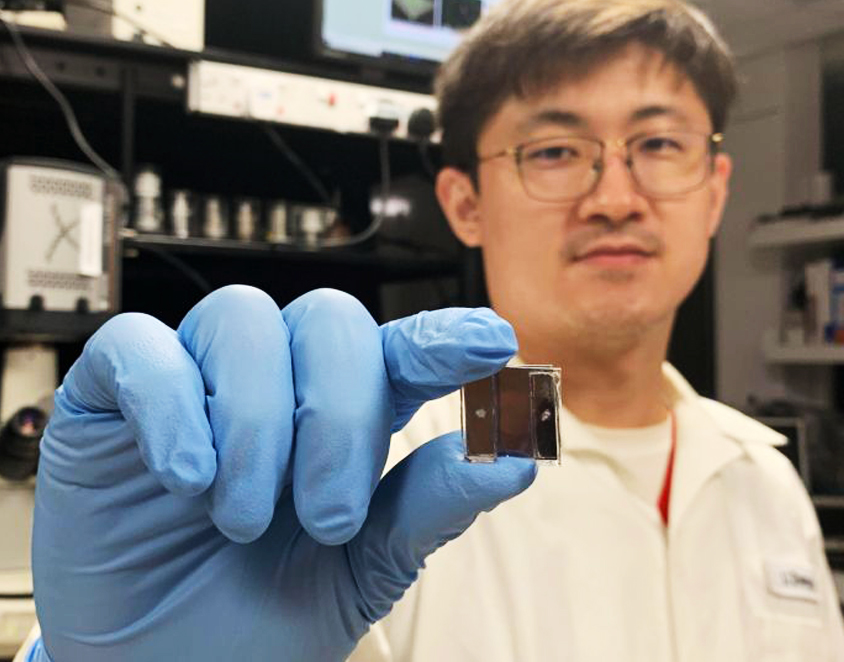 The 2cm by 2cm device consists of a chip made from a wafer of silicon oxide and silicon nitride, with nanometre sized cavities to contain the trapped viruses. Above the chip is a laser directing highly focused light beams with the right amount of energy to act as a pair of “tweezers” that can isolate and move viruses.

The device works by loading a fluid that contains viruses, such as blood, into the chip. After which, a laser beam is directed onto it, forming spots of light. As the intensity of the light is highest in the centre of the spots, this creates a strong force that attracts and traps the virus in designated cavities on the chip.

By shifting the locations of the spots of light, viruses can be freely moved to other parts of the chip. This allows for the easy sorting and concentrating of viruses of different sizes, ranging from 40nm to 300nm.

On the potential applications, A/Prof Yap said, “Using this technology, we could hand-pick specific virus particles and study them to gain novel insights into them and the diseases they cause. For example, it could open new channels for more detailed analysis of specific virus mutants, which could lead to new ways in characterising and countering these viral variants.”

The findings were published in the peer-reviewed scientific journal ACS Sensors in September.