On Brain Bank Singapore’s second anniversary, we look at how the research centre presses on with its mission to be a research repository for brain and spinal cord tissues and open up new research possibilities that will generate new knowledge of brain diseases.

Family donates brain in hope of finding a cure

When retired taxi driver Mr Albert Yip started losing his way home after visiting familiar places nearby, he felt embarrassed and frustrated about the decline of his capacity to cope with the simple tasks in his daily life.

His family noticed that he lost interest in the activities that he used to enjoy, such as reading newspapers and watching television programmes. He would often appear dazed and had a difficult time recalling the names of his close relatives or even recognising them.

Mr Yip was eventually diagnosed with dementia. As his condition deteriorated, he would wake up in the middle of the night and wander about, seeing things that were not there.

Having seen firsthand the suffering that he went through, Mr Yip’s family made the decision to donate his brain to research after his death in the hopes of finding a cure for the disease. His wife, who also signed up as a brain donor, shared that she wanted to do her part “so that future generations need not suffer”.

“We hope that we could do our little bit and share with others to contribute to the research in the hope that a cure could be found. If this helps in the research and to discover better treatment, cure or even prevention, it will help others to not have to go through this,” said Ms Vivian Yip, the couple’s daughter.

After Mr Yip passed away in November last year, Brain Bank Singapore staff followed up closely with the family to ensure that the donated brain tissues were processed and stored carefully for future research. 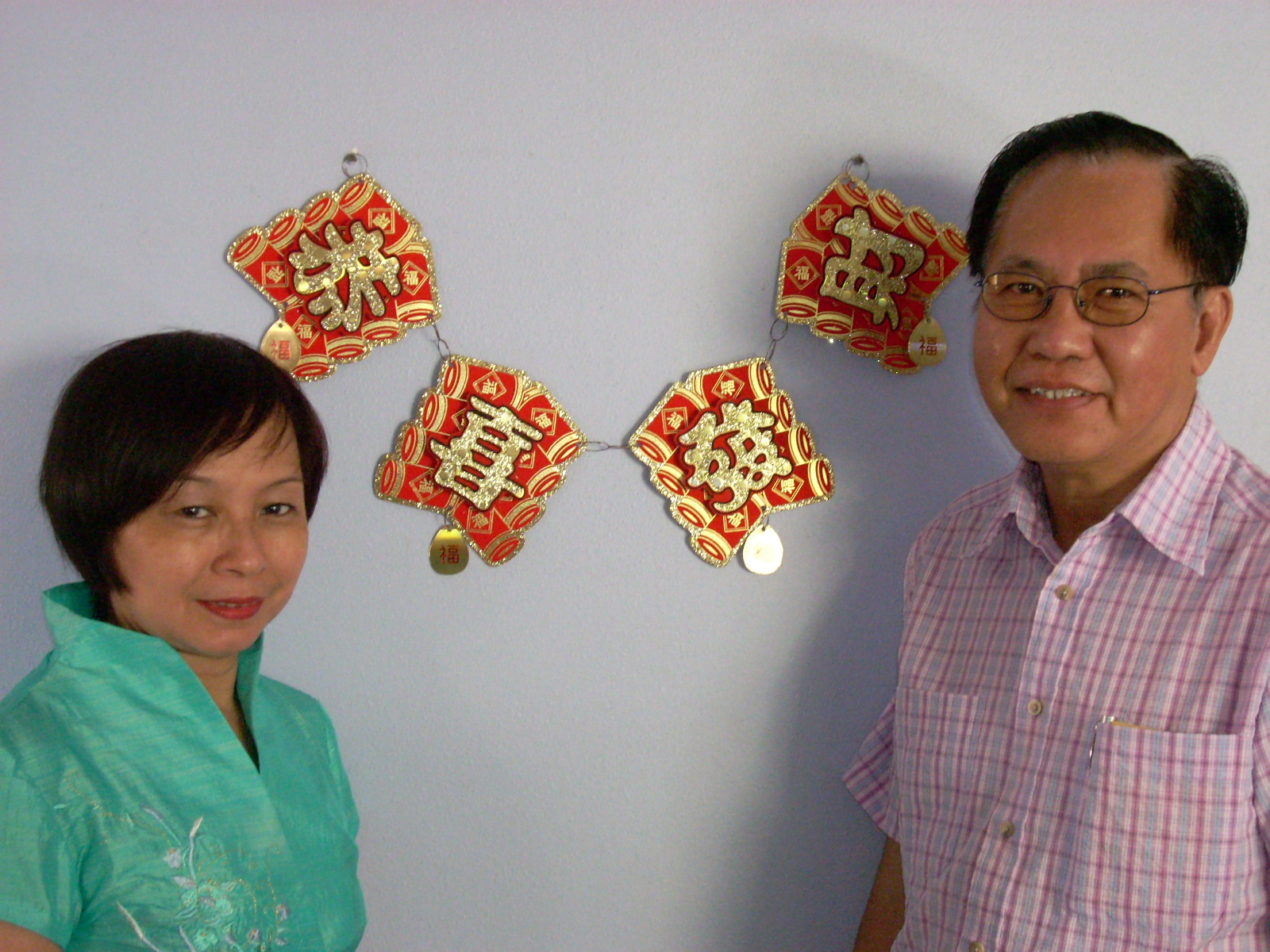 The late Mr Albert Yip with his wife, Mdm Violet Ow, in 2010

More than 50,000 Singaporeans suffer from various neurological conditions, with a 22 per cent increase from 2013 to 2017. As these numbers are projected to increase due to Singapore’s ageing population, there is an urgent need for donated brain tissue for scientific studies to develop new effective treatments.

Launched on 27 November 2019, Brain Bank Singapore is a joint partnership between LKCMedicine, the National Neuroscience Institute, National Healthcare Group and the NUS Yong Loo Lin School of Medicine. Hosted at LKCMedicine, it aims to be a research repository for brain and spinal cord tissues from donors who have passed away.

Two years on, more than 140 people have registered as brain donors and two donors have completed the process of brain donation.

This allows researchers to compare the healthy and diseased samples and understand what has changed between the two states. Due to the individual variance, molecular studies need to reflect the relevant Asian population make-up and require a large sample size to reach statistical significance. 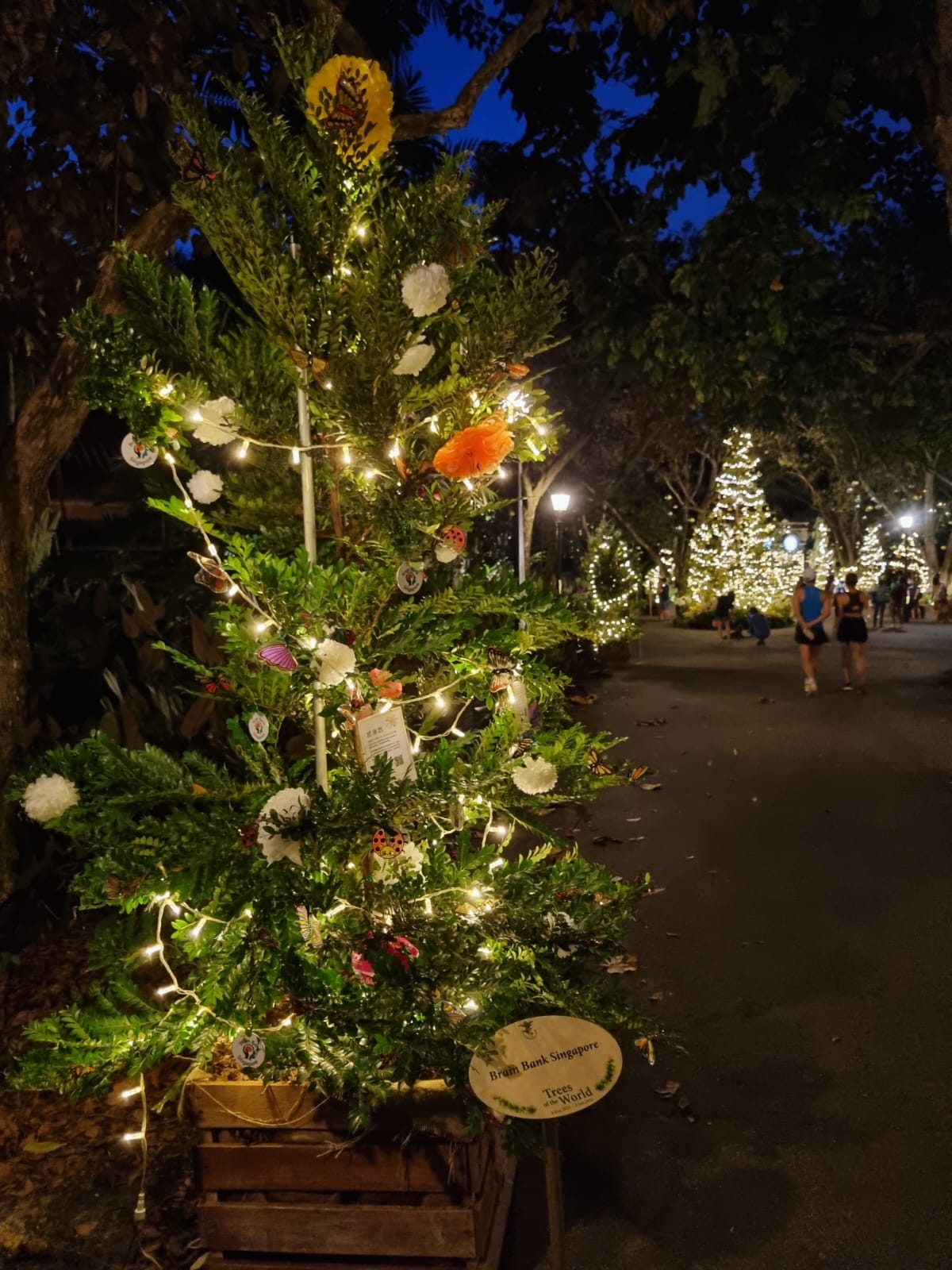 As Brain Bank Singapore continues educating the public about brain degenerative conditions and recruiting brain donors, its team of scientists is furthering research into neurological disorders with tissues from international brain banks.

This research, which falls under LKCMedicine’s Neuroscience and Mental Health research theme, will facilitate greater understanding of the underlying mechanisms and symptoms of brain-related illnesses so that more effective treatments and cures can be developed.

A recent study on Alzheimer's disease led by Brain Bank Singapore Director Professor Richard Reynolds, who is also a Visiting Professor at LKCMedicine, discovered that an inflammatory signal, a protein called tumor necrosis factor (TNF), could be responsible for initiating a series of events leading to the death of neurons. 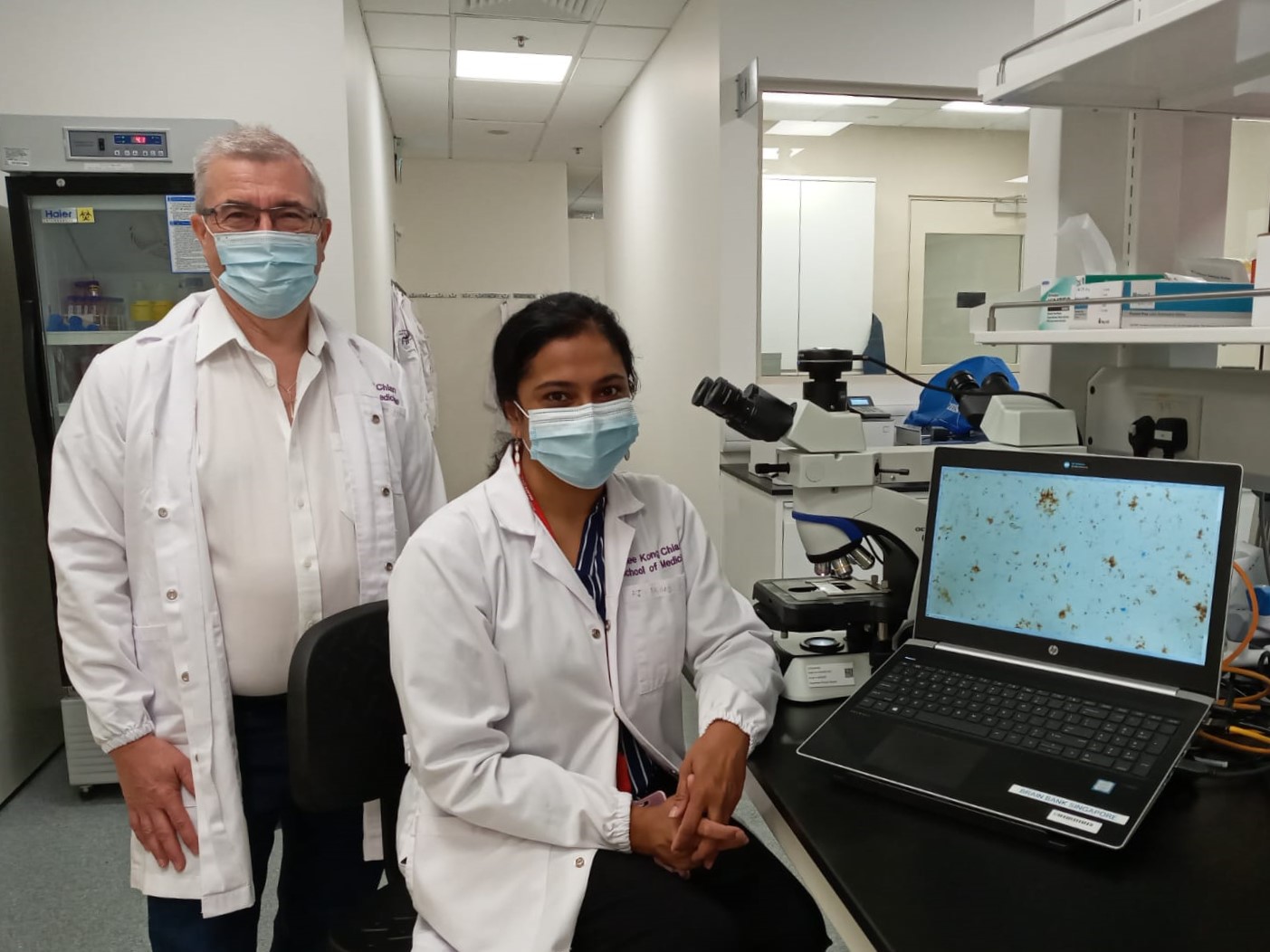 Research has shown that inflammation occurs in the brain region affected by Alzheimer's disease, which contributes to the death of nerve cells, or neurons, over time. The study has identified multiple steps in this process that could be good targets for drugs which could potentially stop the neuron death.

Using donated brain tissues from Alzheimer's disease patients and healthy elderly individuals, the researchers showed that the TNF signaling is linked to dying neurons through a cell death pathway called necroptosis. They compared brain tissue blocks containing hippocampus, a region that is normally involved in learning and memory and is significantly affected in Alzheimer's disease, from patients and a control group.

The team found evidence for altered levels of proteins in the TNF pathway and necroptosis pathway in the brain of Alzheimer's disease patients as compared to the healthy control brain, which were linked with having lesser number of surviving neurons, hallmarks of the disease such as amyloid plaques and phosphoTau tangles, and increased neuroinflammation.

In the same study, researchers demonstrated that by inhibiting the necroptosis pathway in cultured human stem cell-derived neurons using pharmacological drugs that specifically target this pathway, they could protect these neurons from dying when exposed to TNF.

“Our results suggest that the TNF-necroptosis pathway could potentially be therapeutically manipulated in Alzheimer's disease using small-molecule pharmacological drugs, opening up new avenues for developing effective treatment strategies for this disease which currently has no cure,” said the first author of the study, Dr Anusha Jayaraman, who is a Senior Research Fellow at LKCMedicine. 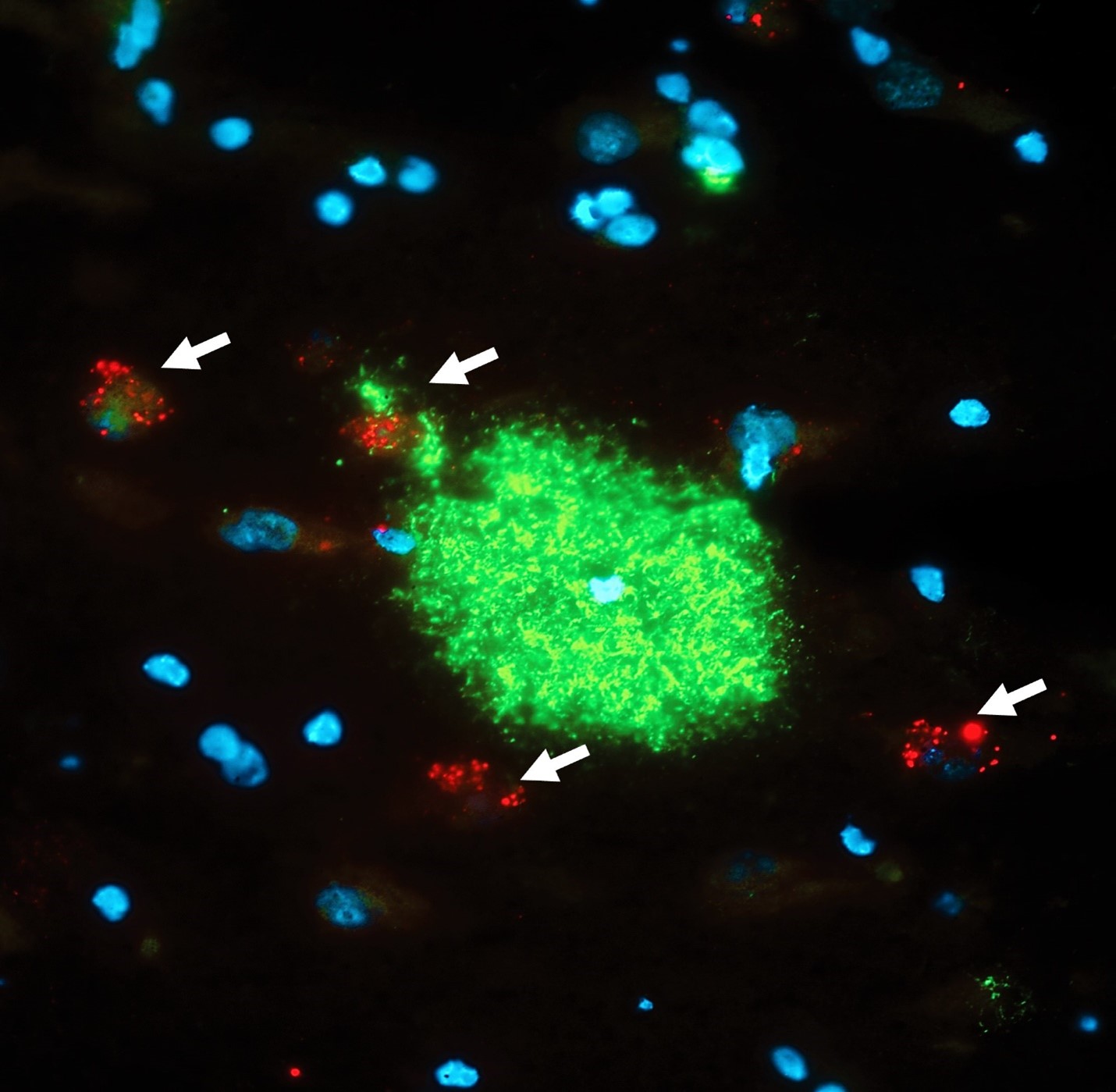 A magnified region of an Alzheimer's disease brain where a characteristic beta-amyloid plaque (green) is surrounded by several neurons (arrows) that have activated a cell death programme called necroptosis (red dots), which could have been triggered by the plaque

The findings were published in the peer-reviewed scientific journal Acta Neuropathologica Communications in September.