A breakthrough finding by a LKCMedicine research team led by Nanyang Assistant Professor Yasunori Saheki has discovered that a pair of proteins found in human cells can potentially reverse the development of neurodegenerative diseases. 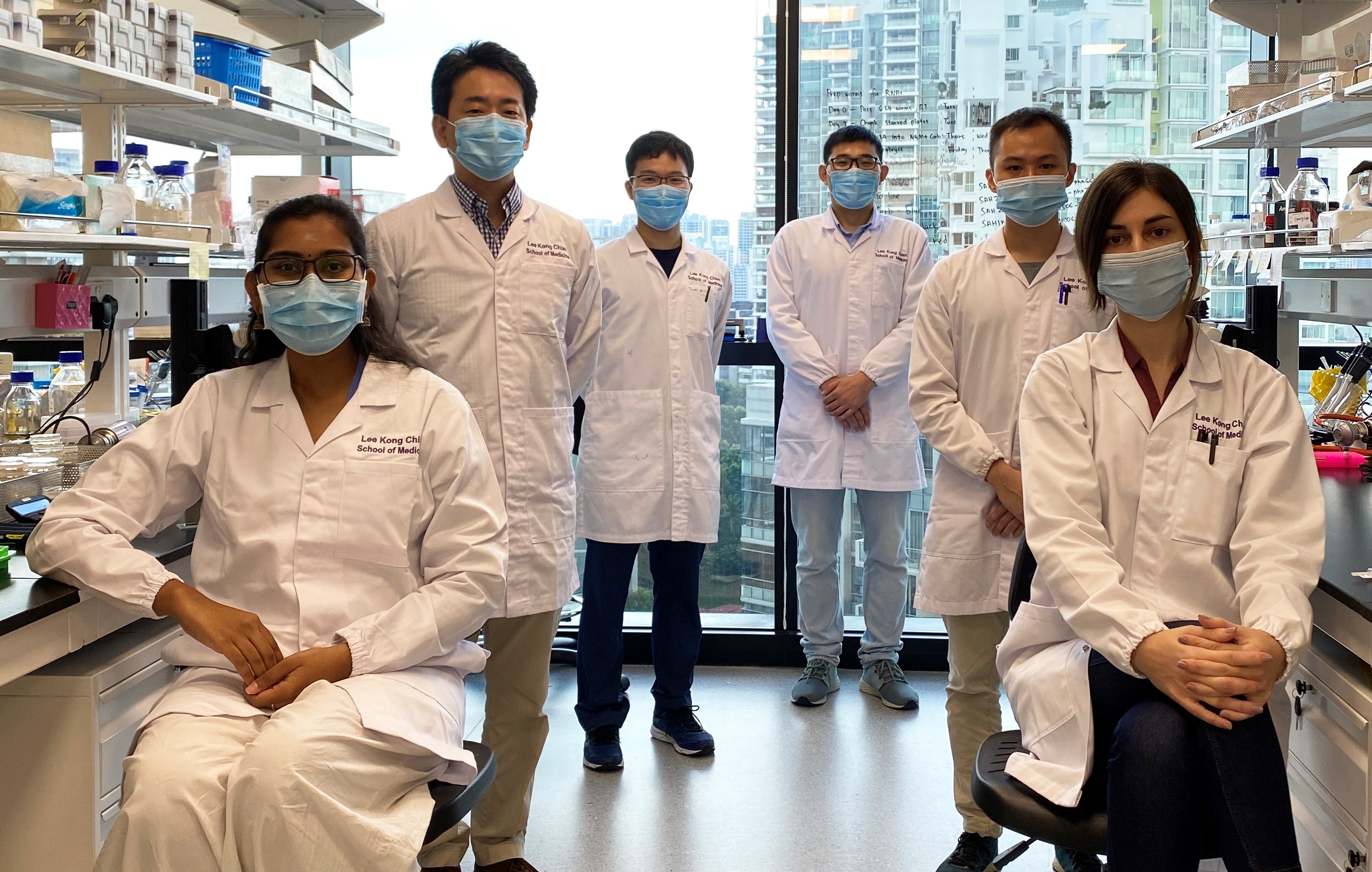 With the increasing demographic shift towards an ageing population, there is a corresponding increase in more people developing neurodegenerative diseases such as Alzheimer’s and Parkinson’s diseases. This scenario will affect all developed societies, including Singapore. To make matters worse, there is currently no effective cure for any neurodegenerative disease despite decades of research. Research scientists are therefore working hard to identify and develop new remedies to fight these diseases.

It is known that some human disorders are caused by gene mutations. Genes are the blueprints for proteins that play essential roles in the function of various cells and organs in the human body.

“More importantly, gene mutations often result in the production of abnormal proteins that can cause malfunction of human organs, including the brain,” says Asst Prof Saheki.

Approximately 10 per cent of Parkinson’s disease, a progressive brain disorder that affects movement, are caused by some form of gene mutations. Mutations in genes encoding synaptojanin and OCRL1 proteins will result in Parkinson’s disease and Lowe syndrome, respectively. The latter is characterised by intellectual disability as well as vision and kidney problems. Although the outcomes of these gene mutations are not exactly the same, both conditions are accompanied by abnormal brain function.

Both synaptojanin and OCRL1 work within human cells to remove a specific type of lipid called PI(4,5)P2 in order to adjust its quantity and distribution. This lipid is usually found in the membrane surrounding the cell - the plasma membrane - and regulates diverse cellular functions, including the division of cells and the release of neurotransmitters for neuronal communication.

Asst Prof Saheki’s research team, which includes a former LKCMedicine PhD student, Dr Darshini Jeyasimman, found that even in the absence of synaptojanin and OCRL1, cells do not show major accumulation of PI(4,5)P2 in other cellular membranes.

“Our research identifies the lipid transfer proteins that function in parallel to synaptojanin and OCRL1 to maintain cellular distribution of this important lipid. Controlling the activities of such proteins may improve or even reverse the progression of abnormal brain function caused by the mutations in synaptojanin, as in the case of Parkinson’s disease, and OCRL1 in the case of Lowe syndrome,” reveals Asst Prof Saheki.

This research finding has been published in the highly regarded peer-reviewed journal Nature Communications. Papers that are published by the journal represent important advances of significance to a broad audience.

This research finding by Asst Prof Saheki and his team was featured in the journal’s Editors’ Highlights segment that spotlights a small number of recently published research papers that the editors believe are particularly important and significant.

Interestingly, this research uses a free-living worm called Caenorhabditis elegans (C. elegans) which carries a much-reduced number of genes compared to humans. Because of its stereotyped development, it is one of the most powerful animal models to investigate the relationship of genes and proteins in cellular functions.

C. elegans was established as an animal model for biomedical research by Nobel laureate Dr Sydney Brenner, who is also one of the founders of the A*STAR Graduate Academy that was established to help Singapore build its own cohort of young scientists and engineers.

Explains Asst Prof Saheki, “Worms have been particularly useful to identify new functions of genes and proteins. For example, many cancer cells have problems in ‘dying’. They continue to grow due to the failure of a type of cell death called apoptosis. The genes required for apoptosis were first discovered in C. elegans.” Since its discovery, targeting apoptosis has been a major effort of pharmaceutical companies around the world to develop new drugs against various types of cancer.

In addition, he reveals that worms have a short lifecycle as it takes only three days for a worm to become an adult, while it takes two months for a laboratory mouse to reach the adult stage. “Worms and mice actually use the same sets of genes and proteins for many of their shared biological processes, including organismal development and brain function. We can therefore identify the functions of genes and proteins in much shorter time frame before further studying them in other animal models such as rodents and human cells. Each worm can produce hundreds of progenies once it reaches the adult stage, allowing researchers to repeat as many experiments as they would like before drawing conclusions. It would not be an easy task with a laboratory mouse which can produce only about eight pups in each round of delivery,” Asst Prof Saheki further explains.

The research team observed the process of the first cell division from the onset of fertilisation, which is also known as early embryogenesis, and one of the best models to understand the complex interaction of the functions of genes and proteins.

Using worm early embryogenesis as the model system, the team searched for proteins that work together with synaptojanin and OCRL1 and found that simultaneous absence of synaptojanin, OCRL1, and lipid transfer proteins, namely PDZD8 and TEX2, resulted in major defects in early embryogenesis. Many of the embryos from mutant worms that lack these four proteins failed to divide, leading to early death.

The important discovery in this research reveals an exciting possibility that PDZD8 and TEX2 can potentially be new therapeutic targets to correct the abnormal cellular distribution of PI(4,5)P2 that has proven to be the cause for many human disorders. Specifically, manipulating the activities of PDZD8 and TEX2 may help to alleviate disease progression in patients with Parkinson’s disease or Lowe syndrome.

“Our research brings an exciting possibility that adjusting lipid transport inside cells can be an effective way to treat neurodegenerative diseases. The next step of our research is to investigate how to manipulate the activity of these proteins selectively and safely without affecting the functions of other proteins in neurons,” reveals Asst Prof Saheki, who was named as a European Molecular Biology Organisation (EMBO) Global Investigator in January 2021. 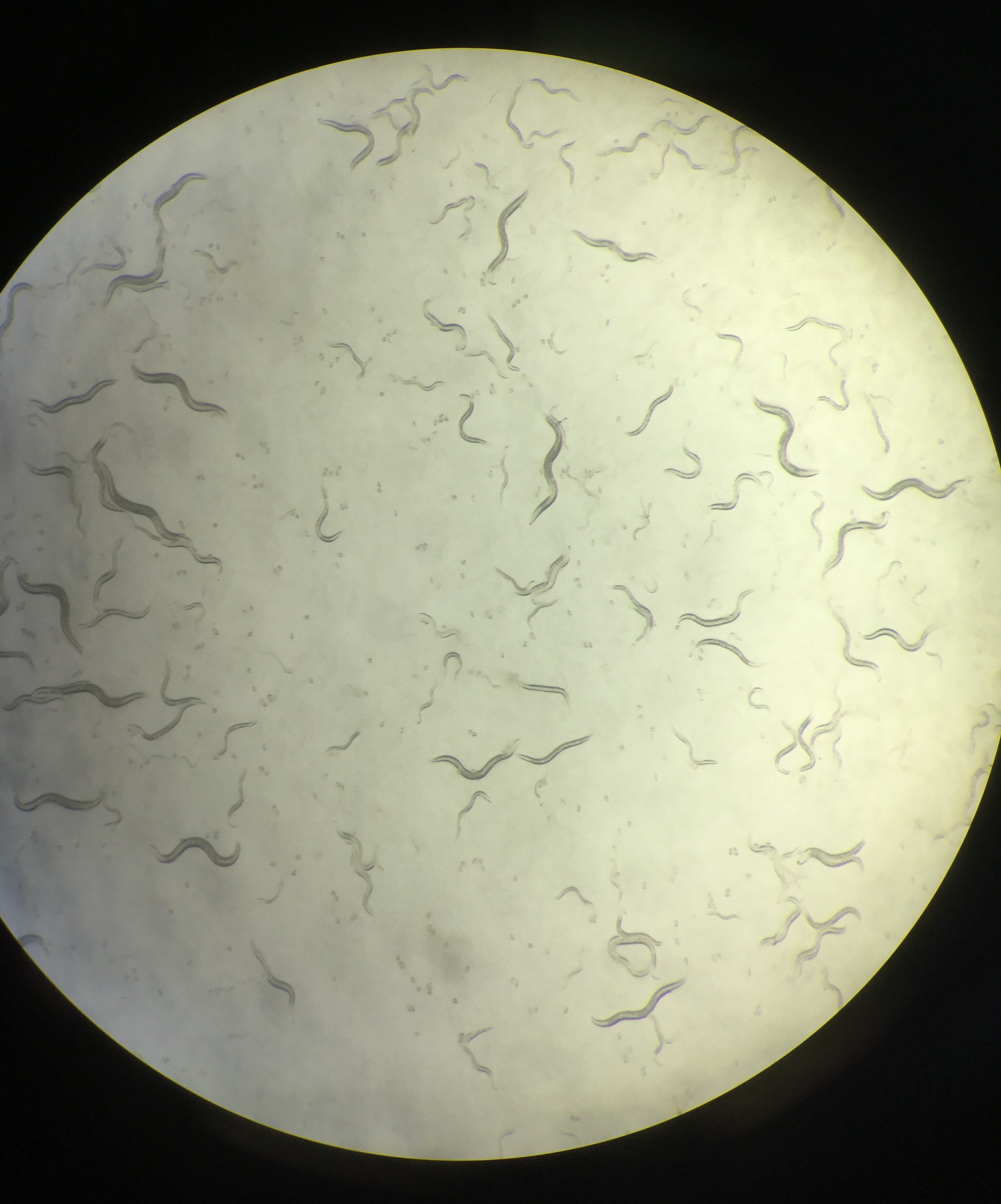 The worms used in this research from the eyepiece of a dissecting microscope. Each adult worm is about 1 mm in length. Photo credit: Dr Darshini Jeyasimman.

Click here to view a video of the worms moving under the microscope.