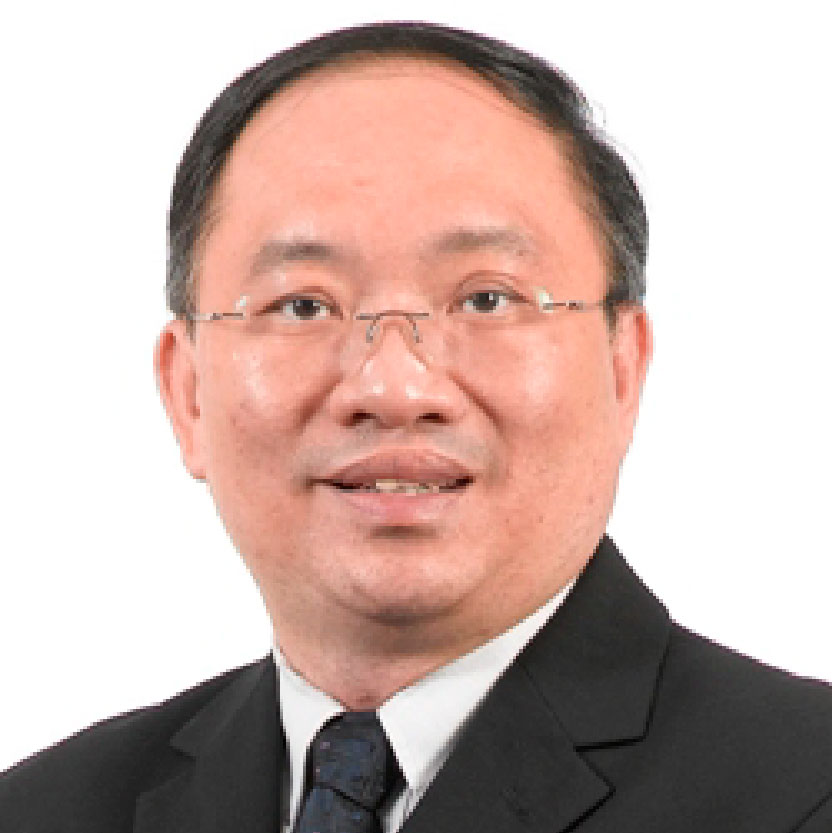 NG Geok Ing received his Ph.D degree in electrical engineering from the University of Michigan, Ann Arbor in 1990.  From 1991 to 1993, he was a Research Fellow at the Centre for Space Terahertz Technology in the University of Michigan, working on microwave/ millimeter-wave semiconductor devices and MMICs.  In 1993, he joined TRW Inc. in Space Park, California as a Senior Member of Technical Staff engaging in the R&D work on GaAs and InP-based HEMTs for high frequency low-noise and power MMIC applications.
In 1995, he joined the Nanyang Technological University (NTU) Singapore in the School of EEE.  In 1996, he was seconded to be the Programme Manager for the III-V MMICs Programme at the Microelectronics Centre in NTU to spearhead the Monolithic Microwave Integrated Circuit (MMIC) development effort in Singapore.  From 2001 to 2004, he co-founded DenseLight Semiconductors Pte. Ltd., a NTU spin-off  company.  From 2005 to 2009, he was appointed as the Founding Programme Manager for the MMIC Design Centre at the Temasek Laboratories@NTU (TL@NTU).  Fom 2010 to 2014, he was the Head of the Microelectronics Division in the School of EEE.  Since 2013, he is the Cluster Head of the Microsystems Technology Development Centre (MTDC) at TL@NTU.    Concurrently, he is also the Founding Director of  the S$30M Silicon Technologies Centre of Excellence (Si COE) jointly established by the Science and Engineering Research Council (SERC) and NTU in 2012.
His current research specializations include (1) Gallium Nitride (GaN) High-Electron-Mobility Transistors (HEMTs) on silicon substrates, and (2) III-V compound semiconductor devices for high-frequency and Monolithic Microwave Integrated Circuit (MMIC) applications .  He has authored and co-authored more than 290 international journal and conference papers and delivered plenary and invited talks at several international conferences. He holds two granted patents and 5 filed patents. He is the PI and Co-PI of 48 externally-funded research projects with a total grant of ~S$50M since 1995 till present.  Currently, he is the Editorial Board Member of the open access journal Electronics.  He is the Co-General Chair and member of the Steering Committee of the 2019 Electron Devices Technology and Manufacturing (EDTM).  Currently, he also serves as the technical consultant of IGSS GaN Pte. Ltd.
In 1990, he was awarded the European Microwave Prize for his work on InP-based heterostructure monolithic amplifiers.  In 1994, he received the TRW Roll of Honor award on the Independent R&D project on Millimeter-Wave Power Devices. In 2007, he was awarded the prestigious Singapore’s Defense Technology Prize for his outstanding technological contributions in MMIC R&D.