For four months, Chua Tze Hean watched as his grandmother battled pancreatic cancer. It was a difficult period for the then-18-year-old, as he felt hopeless seeing his loved one suffering.

Although his grandmother's oncologist recommended palliative care, his family did not choose that path.

"It did not make sense for us to just stop all treatments. To us, it seemed like we were giving up on our grandmother," said the former Raffles Junior College alumnus.

Unfortunately, his grandmother later passed on in 2017. Her death left an impact on Tze Hean, who later volunteered at Assisi Hospice. 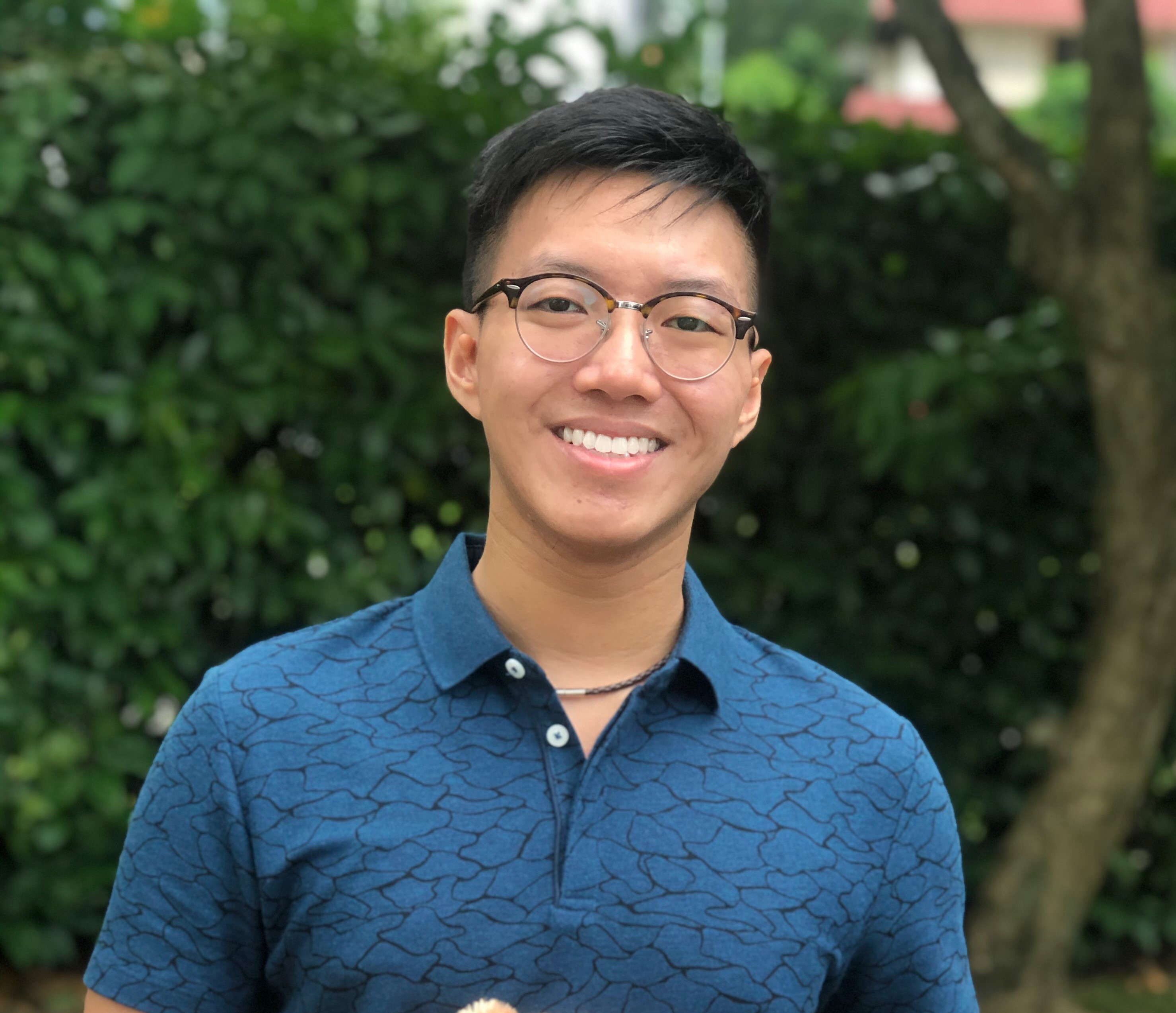 Through the loss of his grandmother and volunteering experience, Tze Hean felt it is not always possible to have all answers in medicine. To him, a doctor's role is more than just trying to provide solutions to a medical problem. It is also to provide relief and comfort to both patients and their family.

"There are many families out there who are facing what my family and I did three years ago. I want to pursue Medicine so that I can serve and contribute to others who are in the same situation as I was. Beyond treating diseases, I hope to relieve pain and bring comfort to the families and patients," he added.

At 12, Raksha's mother underwent an operation for adenomyosis, a medical condition that occurs when the tissue that normally lines the uterus grows into the muscular wall of the uterus. 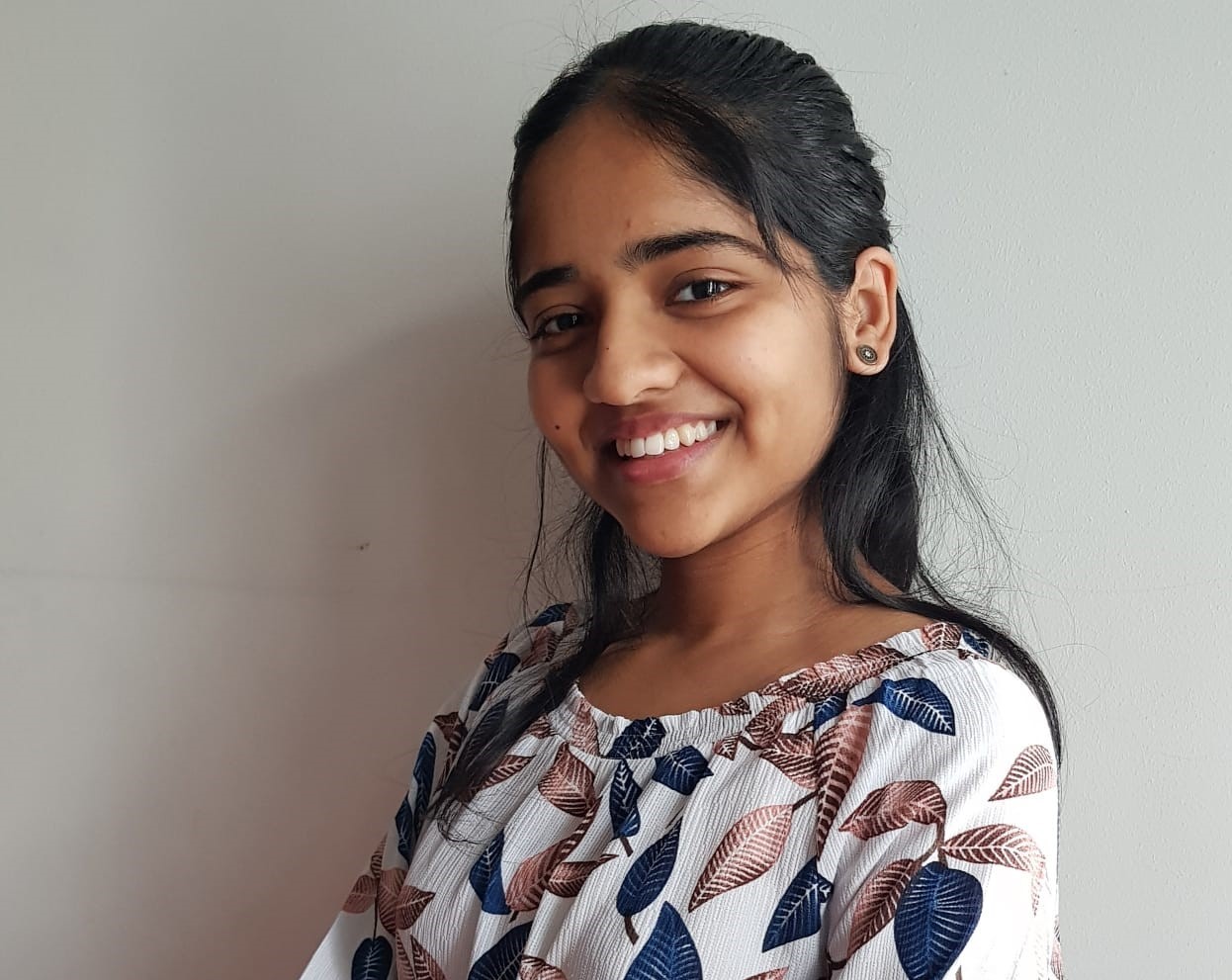 Raksha Aiyappan chose to pursue medicine, after experiencing the warmth of healthcare professionals

"It caused her a lot of pain for a very long time. Watching how the medical team was able to give my mom a second chance at a happy and pain free life convinced me that I want to do that for someone," said the former Global Indian International School student.

Aspiring to be future doctors, they applied to LKCMedicine. After a rigorous admission process which includes the BioMedical Admissions Test and the Multiple Mini Interviews (MMI), they were accepted into the Class of 2025.

This year, LKCMedicine received a record-high of more than 1,000 applications for a place in the School's eighth cohort. However, only 162 students – the biggest cohort LKCMedicine has matriculated so far – were accepted.

Sitting for the MMI during Covid-19

Due to the Covid-19 pandemic, the MMI was conducted virtually for the first time. Interviewers were paired with administrators providing support in each station or breakout room. The applicants were also remotely put into stations by a host from the School and each went through five stations in a round-robin fashion.

Sharing her experience at the MMI, Hwa Chong Institution graduate Amanda Auyong said at one of the stations, she asked an interviewer a question. 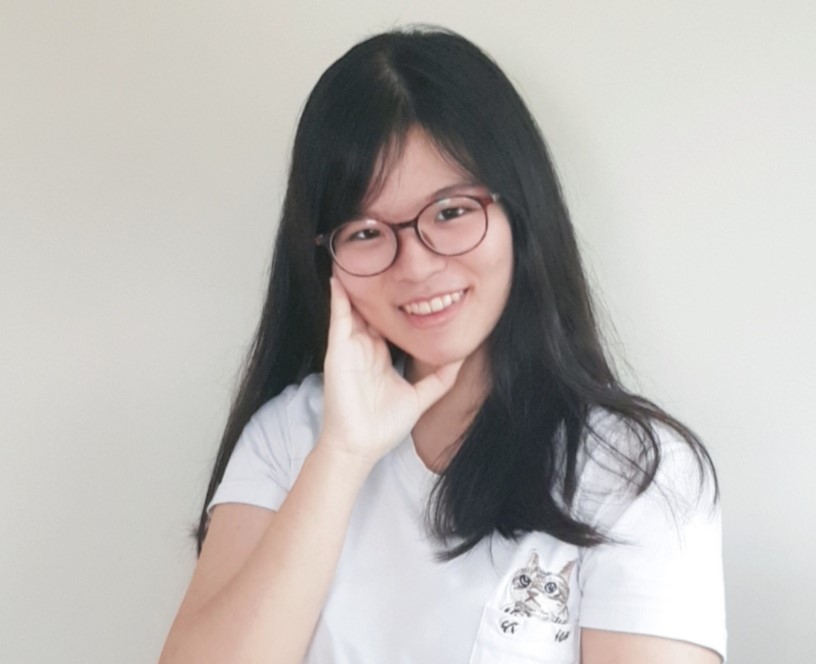 Amanda Auyong shares her experience of the virtual MMI interview

"She was alright with me asking the question, and we were able to go ahead with the MMI interview smoothly. I think that was really nice because it alleviated the worries of having a less interactive experience over the online platform," she added.

Similarly, former National Junior College student Sandy Sao said the interviewers often guided her when she was hesitating, and this has helped her to develop her ideas further and share them. 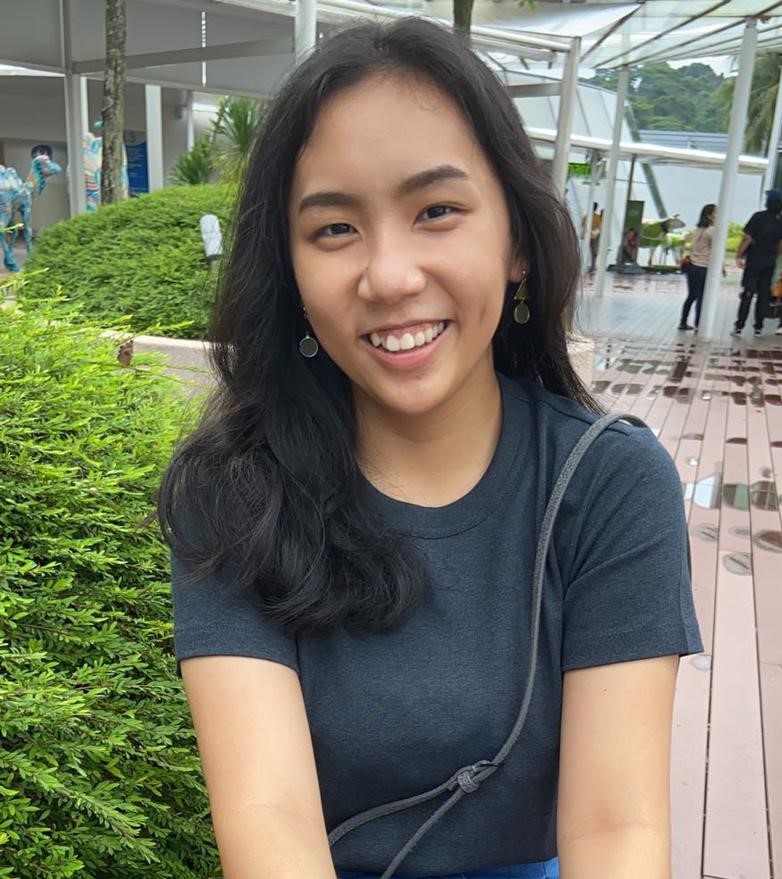 "It felt more like a discussion session rather than 'a test', so I was calmer, and could react better to their questions," she added.

Today, the School has graduated three cohorts of doctors, who are now on the frontline battling diseases and Covid-19. Despite being a young medical school, LKCMedicine's Team-Based Learning (TBL) and novel school culture, attracted many bright students.

LKCMedicine scholar Lim Rong, who received offers from medical schools in Singapore and the United Kingdom, felt the School's concept of TBL gave him greater ownership of his learning and opportunities to be an active participant in learning. 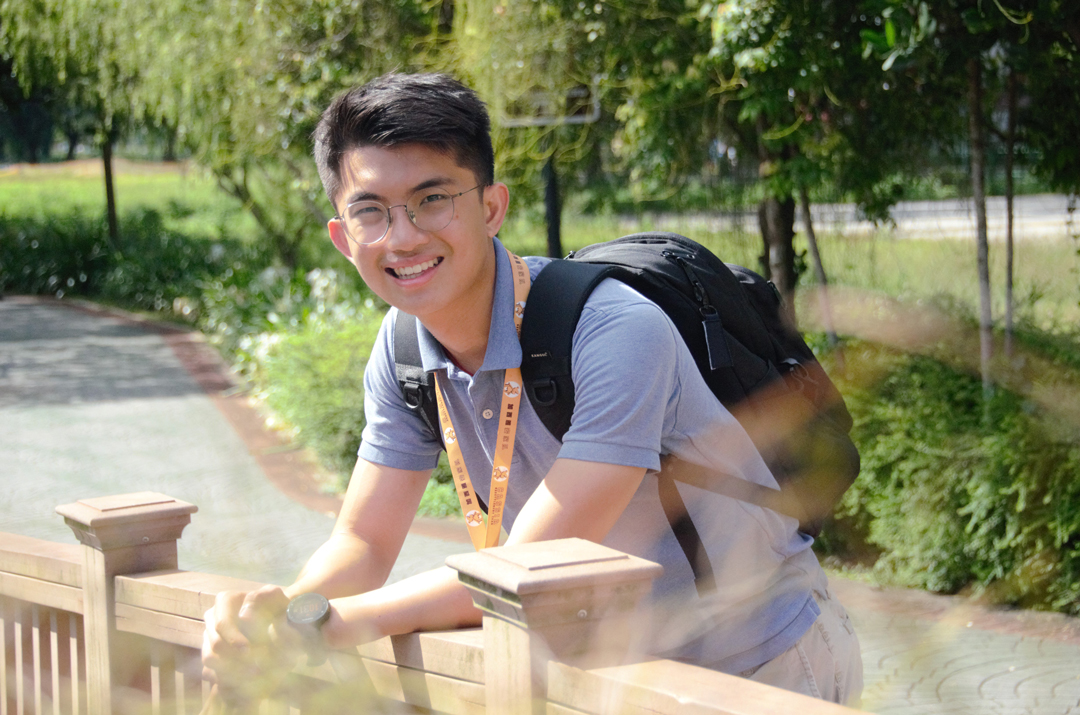 "I felt that this concept suited my learning style, and would allow me to learn most effectively," said the Raffles Institution alumnus.

Other students like Isaac Chung, who received the ASEAN Undergraduate Scholarship, said the School's connection to Imperial College London appealed to him. Imperial's medical course is one of the best in the world, said the St Andrew's Junior College graduate. "I believe LKCMedicine's Imperial-NTU connection would bring me the finest of both East and West, equipping me with a richer medical education. The prospect of having exchanges with Imperial is also a rare learning opportunity I can look forward to," he added.

Likewise, Hafez Sorouri Zanjani, who was offered a place in two undergraduate medical schools in Singapore, said he could relate to the School's mission of 'equipping doctors who advance the science and practice of medicine for the good of humanity'. "What really speaks to me is LKCMedicine's mission, as this the exact reason I aspire to be a doctor. Furthermore, I want to be the best doctor that I can be, and I feel LKCMedicine is the way for me to be that doctor," said the former Anglo-Chinese School (Independent) student.

Learning on the ground

These students have a passion for medicine and a heart for the community.

During a work attachment with an orthopaedic surgeon, Lim Rong observed how a torn anterior cruciate ligament essentially obliterated the patient's chances of being a professional badminton player without medical intervention.

"I wanted to be equipped with the knowledge and skills to restore someone to health and to normalcy, and this drove me to consider medicine as a career," said Lim Rong.

Some students like Amanda are avid volunteers, serving at various places like the Meet-The-People sessions in Jalan Besar, and the Kampong Glam Community Centre Youth Network.

Through volunteering, Amanda learnt patience, a greater understanding of society and how to handle emotions more professionally.

"It has also led to a much better working relationship and helped me to build trust with those I interacted with. Above all, I have become a lot more patient and this has helped me to greatly empathise with all those around me in all situations," she added.

It is just the start of their life at LKCMedicine, however, the freshmen are already looking forward to lessons as well as meeting their seniors and faculty.

During a tour of the Anatomy Learning Centre in 2018, Sandy was introduced to the use of plastinated specimens and technology in anatomy learning.

"The technology incorporated is really sophisticated and interactive, so I look forward to learning with it," she added.

Her classmate, Joshua Sean Lee, is thrilled to study at two locations: The Experimental Medicine Building at the main NTU Campus and the Clinical Sciences Building at the Novena Campus. 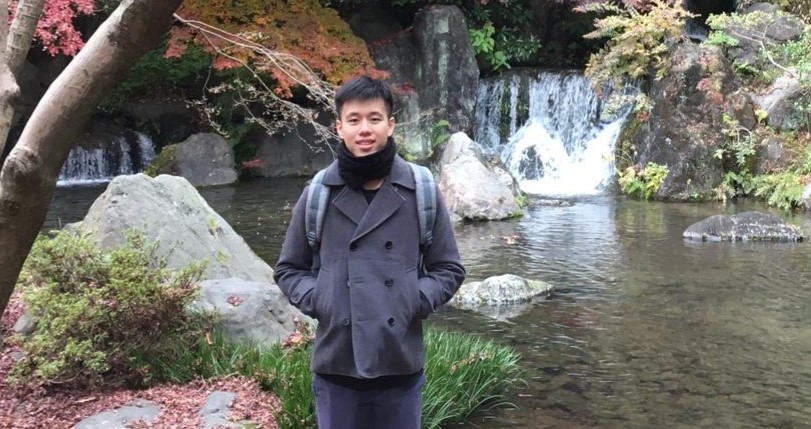 Joshua Sean Lee is excited to begin school at LKCMedicine

"Studying within the NTU campus gives me the opportunity to experience campus life as an NTU student. However, at the same time, the Novena Campus is an incredibly new building at the heart of the city. I look forward to using both locations during my studies," said the Catholic Junior College alumnus.

For Chew Weixuan, he is excited to have early clinical experience in his first year. "By introducing us to a clinical setting early, I hope to be able to witness and learn how doctors diagnose patients and more importantly communicate with patients from different backgrounds," said the former Meridian Junior College student.

Some students like Amanda aspire to be doctors who make patients feel that they are cared for.

"Through early patient contact and the various CIP projects, LKCMedicine has to offer, I believe that I will learn to listen and communicate well with my future patients. I know that LKCMedicine will teach me not just scientific knowledge, but also the humanity of medicine," she added.