​A team of researchers co-led by LKCMedicine Nanyang Assistant Professor Franklin Zhong, has uncovered the role of a protein in detecting the common cold virus and kickstarting an immune response to fight infection.

The discovery showed that the protein, NLRP1, found on the skin and in the airways, is a sensor that detects the human rhinovirus (HRV). When the protein breaches the respiratory tract, it triggers an immune response leading to inflammation in the lungs and cause symptoms of the common cold.

HRV is a major cause of the common cold and acute respiratory disease in children and adults, which in severe cases, leads to bronchiolitis and pneumonia.

The findings, which were published in scientific journal Science in October, also proved that discovering NLRP1's purpose could lead to new treatments for the symptoms of the common cold, which affects millions of people annually.

The research team also includes scientists from the Agency for Science, Technology and Research (A*STAR) as well as the National University of Singapore. 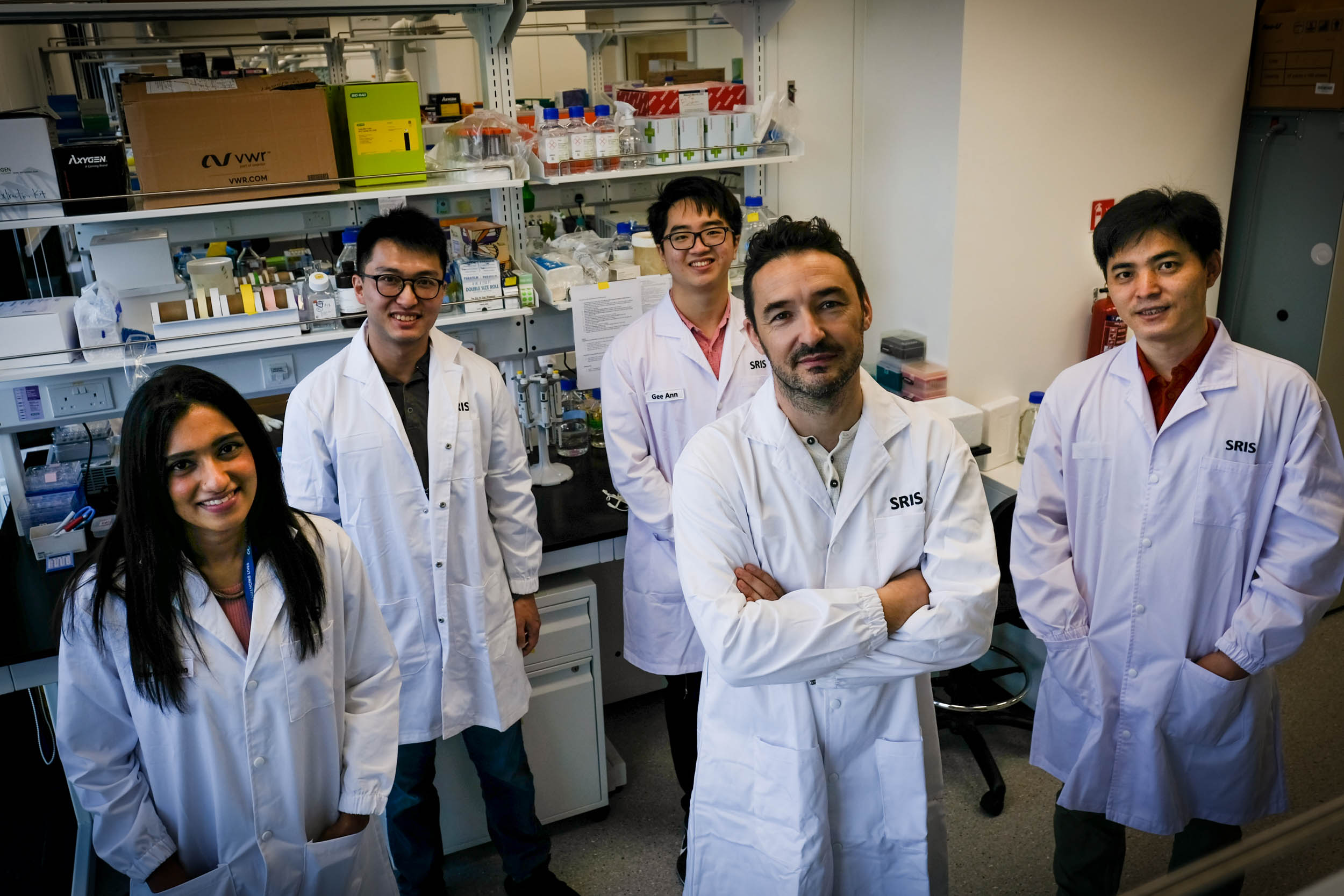 Asst Prof Zhong is the corresponding author of the study, along with Professor Bruno Reversade from A*STAR's Genome Institute of Singapore and Institute of Molecular and Cellular Biology, and first author, Dr Kim Robinson, Research Fellow at SRIS, A*STAR.

Why the findings matter

"This work represents a significant advance in our understanding of how our immune system uses special proteins to sense and defend against viral pathogens. This knowledge will be useful in the design of treatments for viral diseases including influenza and Covid-19," he added.

NLRP1 has been known to scientists for years, but its exact purpose was unknown. It is a member of a class called 'Nod-like Receptor' proteins that are sensors in the immune system that trigger the human body's response against invading pathogens.

Background of the study

The research team began their study in 2017. They hypothesised that NLRP1 serves as a senor for viruses because it is highly abundant in the human skin and lungs – surfaces that are commonly exposed to viral pathogens.

The team screened NLRP1 against several viruses to see if any would trigger the protein. After months of trials, they observed that an enzyme made by HRV called 3Cpro activated NLRP1 in human airway cells.

They found that the 3Cpro enzyme cut into NLRP1 at a specific point, triggering a form of inflammatory 'cell death', which is an important process in rapidly clearing pathogens like HRV during an infection.

Moving forward, the research team plans to work with clinicians to develop drugs that 'turn off' or block the protein, to lessen the severity of symptoms for HRV-related diseases.

Prof Reversade, which is also Professor of Genetics at Koç University in Istanbul, Turkey, said that pinpointing NLRP1's purpose marked a key step in understanding how our bodies react to HRV infections.

"There is immediate value from this finding, as we can better understand why an HRV infection could lead to complications in individuals with weaker immune systems, such as young children, the elderly, and those with asthma," said Prof Reversade.

Asst Prof Zhong added, "Now that we know that NLRP1 is the 'on switch' for inflammation after it detects the common cold virus, the next step is to figure out how to block its activation and to minimise the inflammatory response it triggers".