Professor James Best receives the prestigious Imperial College Medal during Commemoration Day ceremonies this week. He shares in an interview highlights of his time as Dean of Lee Kong Chian School of Medicine.

When he first took over the reins of the Lee Kong Chian School of Medicine (LKCMedicine) in 2014, Professor James Best had two goals in mind.

One, to deliver an excellent education experience for students enrolled in this medical school, jointly established by NTU Singapore and Imperial College London, and produce outstanding doctors in Singapore. Two, to develop a strong research programme and build on the clinical capabilities of the School's primary healthcare partner, the National Healthcare Group (NHG).

Back then, the School had only matriculated its first two cohorts, with the second one welcomed by Prof Best.

Today, the School has graduated two cohorts and established a strong research faculty.

"We graduated our first cohort last year and our second this year, and by all accounts, with excellent support from Imperial, we have succeeded in this aim…We saw potential in working with NHG to develop clinician scientists and in joint research projects. We also wanted to link our research programme closely with Imperial and with NTU, leveraging on their outstanding research capabilities. There has been a strong emphasis also on recruiting outstanding early career faculty and creating a cohesive team across research areas within LKCMedicine. I am very pleased with our progress towards all of these goals".

This year marks his fifth year at the medical school. And this week, he's been awarded the prestigious Imperial College Medal – during Imperial's Commemoration Day ceremonies on 16 October – for his outstanding contributions to the School.

Dean of the Faculty of Medicine at Imperial, Professor Jonathan Weber read the citation for the award, followed by its presentation by Imperial President Alice Gast in the presence of more than 6,300 guests at London's Royal Albert Hall. 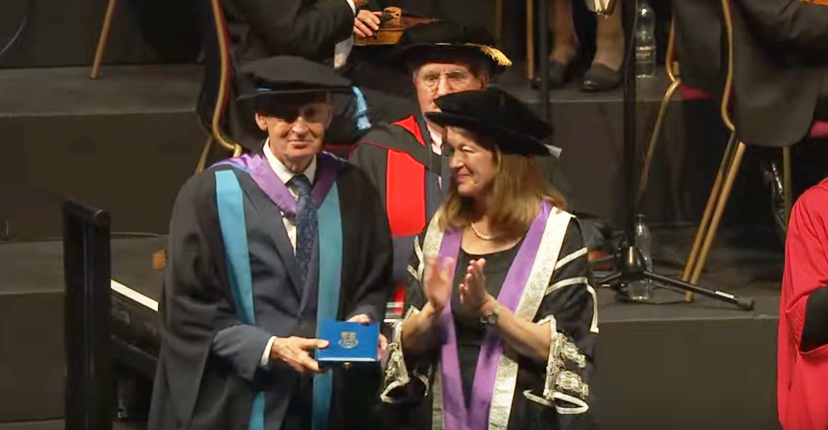 Describing Prof Best as a major asset to Imperial, Prof Weber said, "He's made a huge impact over the past five years. He's been at the forefront of leading a most ambitious programme in interdisciplinary research and highly innovative teaching. We have seen the School thrive under his direction and it serves Singapore's future well through delivering the highest quality medical education and research".

The Medal recognises individuals for their considerate contributions to the life and work of the College. Prof Best was not only recognised as the Dean of LKCMedicine but also an inspirational teacher, researcher, clinician and medical leader.

"The award of the Imperial College Medal is a significant and unanticipated honour, which I appreciate greatly at this stage of my career. It means the efforts I have made over the past five years are recognised by Imperial and that Imperial sees its presence in Singapore through its joint medical school (with NTU Singapore) in a very positive light. I naturally also reflect on all of the assistance I have had from colleagues in Singapore and London and express my warm appreciation of their support," he added.

Beginning the journey at LKCMedicine

When Prof Best was appointed as LKCMedicine's new Dean in 2014, he succeeded Professor Dermot Kelleher, who was also then-Dean at Imperial College London's Faculty of Medicine.

Before joining LKCMedicine, Prof Best was former head of the medical school at the University of Melbourne in Australia and has 30 years of experience in research, teaching and medical leadership.

He first joined the University of Melbourne as deputy head of the Department of Medicine at St Vincent's Hospital after having worked there from 1982 to 1989. Prof Best was later appointed Head of the Melbourne Medical School in July 2007.

While he already has a rich experience in education, Prof Best was still thrilled when he learnt that he would be the new Dean at LKCMedicine.

"I was excited with the opportunity to continue to build a new medical school in Singapore, having come from a very established medical school at the University of Melbourne, where I had worked for 25 years. The fact that LKCMedicine had two parent universities, NTU Singapore and Imperial, added an interesting dimension," he added.

Setting the ground for success

Prof Best is very proud of the unique pedagogical approach as undertaken at LKCMedicine. The Team-Based Learning (TBL) at LKCMedicine in particular has been successful in promoting engaged and active learning.

He added, "We have included clinical scenarios that are relevant to the system being studied with an integrated learning approach. There is a strong emphasis on professionalism and on providing a supportive environment. Our students enjoy wonderful facilities, designed for our education approach. We have had a lot of interest from other medical schools internationally and have been happy to share our experiences".

But LKCMedicine is more than just a medical school. Not only does it provide opportunities for more Singaporeans to study medicine, it has also brought a new perspective in medical education and medical research, adding diversity to existing strengths.

Its international reputation is going strong today, not only thanks to its unique TBL approach, but also the recognition and many accolades garnered by its senior and junior faculty.  Another feather in the cap, LKCMedicine was named a World Health Organisation Collaborating Centre in digital health and education this year.

Nonetheless, Prof Best acknowledged that running a new medical school comes with its own set of challenges. "Communication between a medical school and the rest of the university is a challenge anywhere and you could say it is doubly challenging for us, but both universities have been very attentive and supportive. Our faculty does come from a diverse background and it takes time to adapt to a different environment. The rapid growth of the School has also meant a constantly changing environment. The strong sense of collegiality from all our staff has been essential to building a successful team, committed to both education and research".

Although the involvement of two highly ranked universities at LKCMedicine adds an element of complexity, Prof Best said it has been a seamless partnership thus far. "Both of our 'parents' are represented by our Governing Board and the terms of engagement with each university are well delineated. Being based in Singapore, we are very strongly connected with NTU, but we value highly our Imperial connection and the support and prestige that brings. The East-West connection provides wonderful opportunities for our new medical school," he added.

With two cohorts out in the field, the School is making its mark in Singapore's healthcare scene. The signs are encouraging. For instance, in September this year, LKCMedicine 2018 graduate Dr Toh Ching Han, was awarded one of the Best Junior Doctor awards given by SingHealth Academy.

Describing LKCMedicine students as good communicators, knowledgeable and competent, thoughtful and committed to the care of their patients, he added, "I am sure they will live up to our expectations of producing the kind of doctors you and I would like to have caring for us and our families".

It has been announced that 2020 will be Prof Best's last year at LKCMedicine, and a well-deserved retirement awaits. What has been his proudest moments as Dean of LKCMedicine?

Prof Best said, "Our first two medical graduations have undoubtedly been highlights. Every achievement in both research and education has been a source of pride and I am always pleased to receive positive feedback about the School. I am particularly proud of the successes of our early career faculty and there have been many."