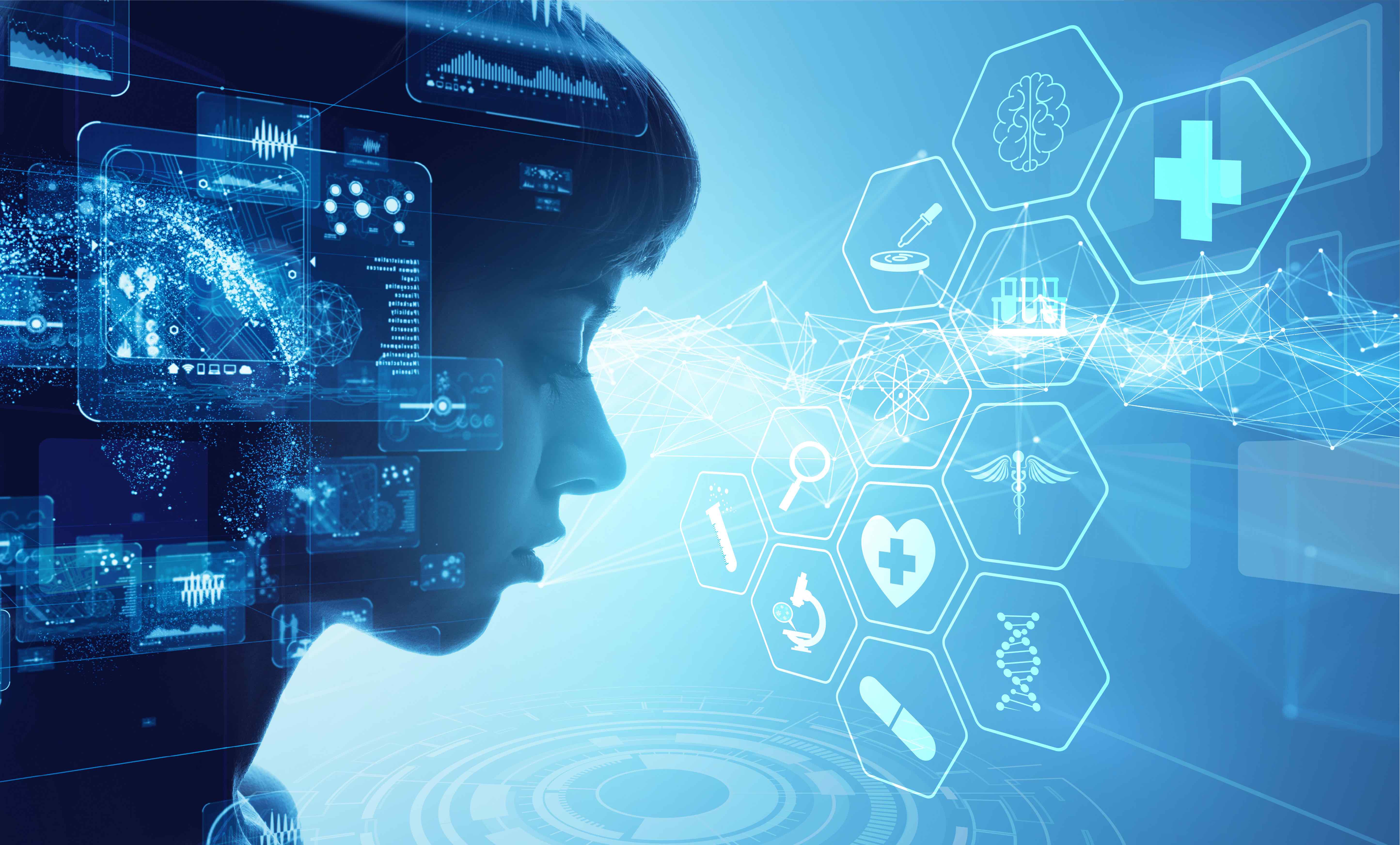 On 11 February, the world celebrated the International Day of Women and Girls in Science. Organised by the United Nations, this day recognises that women and girls still encounter inequality in STEM (science, technology, engineering, maths and medicine) fields. Established in 2015, it highlights the importance of achieving full and equal access to and participation in science for women and girls, and further achieving gender equality and the empowerment of women and girls.

Throughout history, women have made important contributions to science, but have consistently been underrepresented at all levels.

Today, there are more opportunities for women to study STEM and pursue a scientific career. However, less than 30 per cent of the world’s researchers are women1.

This is also the case for Singapore. Despite more women pursuing STEM degrees in local universities, only 30 per cent of local researchers and engineers are women, according to the Agency for Science, Technology and Research’s Manpower Survey in 20182.

In fact, an NTU study of 738 Singaporeans found that just 58 per cent of women who graduate with STEM degrees or diplomas go on to have related careers. In comparison, 70 per cent of men who hold such qualifications are in related fields of work3.

Challenges for women in science 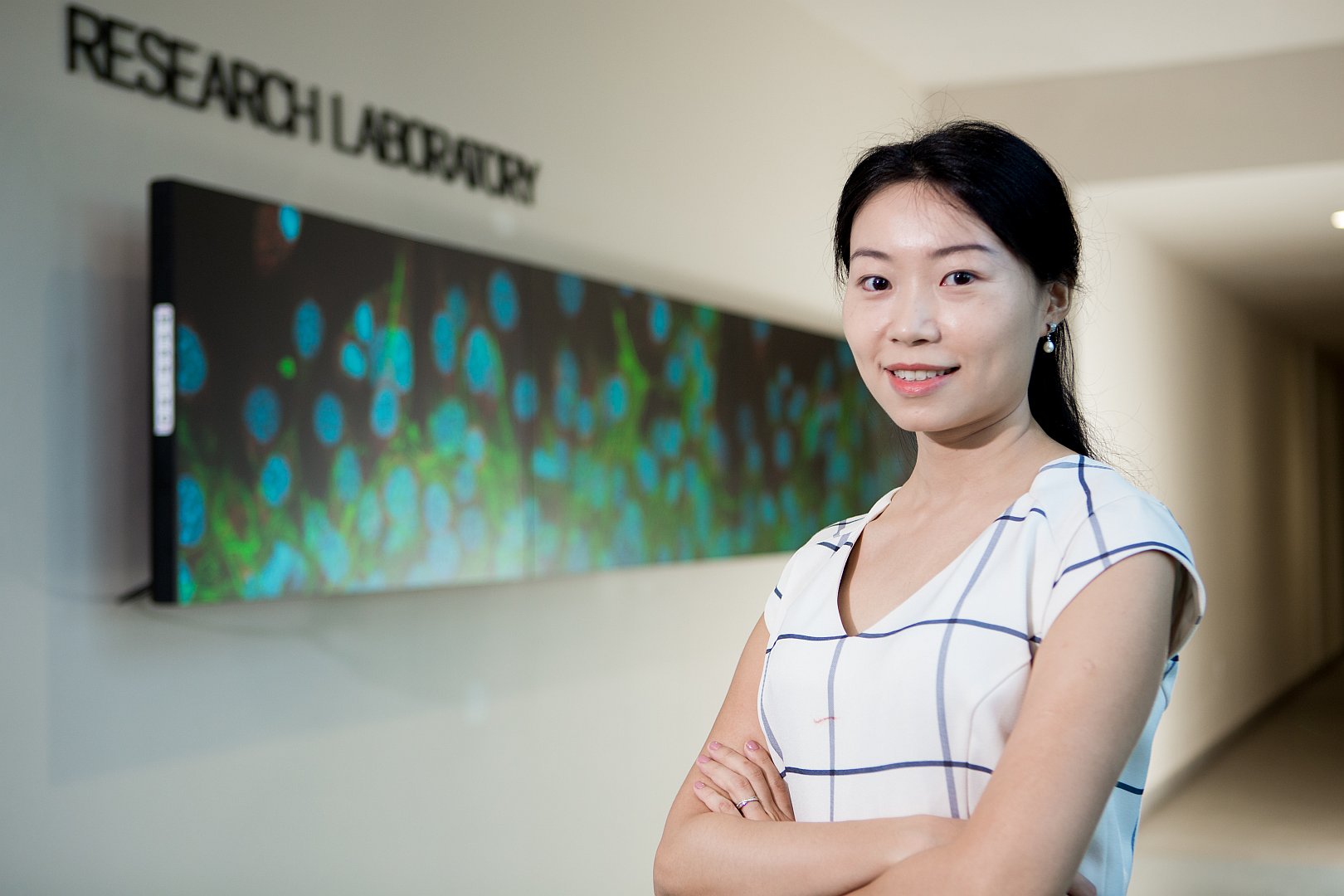 On this phenomenon, LKCMedicine Assistant Professor Christine Cheung explained, “Women are under-represented in research leadership because it requires post-graduate studies that take up time from late 20s to early 30s, which is when many people want to start families.

“It is also harder for some people to stay relevant in research if they take gap years for caregiving duties. The situation will improve if institutions are supportive of a 'come-back' mechanism for women who need to take 'breaks' from their career.”

Moreover, a study that collected data from 500 scientific institutions worldwide found that women make up half of students in the life sciences, but only one in four professors. It concluded that the main problem lies with retaining and promoting women into influential positions. Women had fewer chances to serve on committees or speak at scientific meetings. Other factors included unconscious bias, tensions with work-life balance, poor funding and pay, and a lack of networking opportunities4.

While work-related stress and work-life imbalance are major challenges faced not only by female scientists but also women in different fields, it has been amplified by the COVID-19 pandemic. For those who can work from home, they often find themselves bearing the responsibilities of childcare and caregiving. As the lines blur between work and home life, it has an adverse impact on female researchers, particularly those in the early and more vulnerable stages of their careers.

Noting the challenges that women scientists face, Vice-Dean (Research) Professor Lim Kah Leong said, “To do good science, we should be colour- and gender-blind in talent recruitment. However, the reality is that female scientists everywhere face unconscious gender bias. The leadership at LKCMedicine is very supportive of women in science, and we are working closely with our Women in Science @ LKCMedicine committee to further promote equal opportunities for our female colleagues and take a more proactive role to bridge the gender divide." 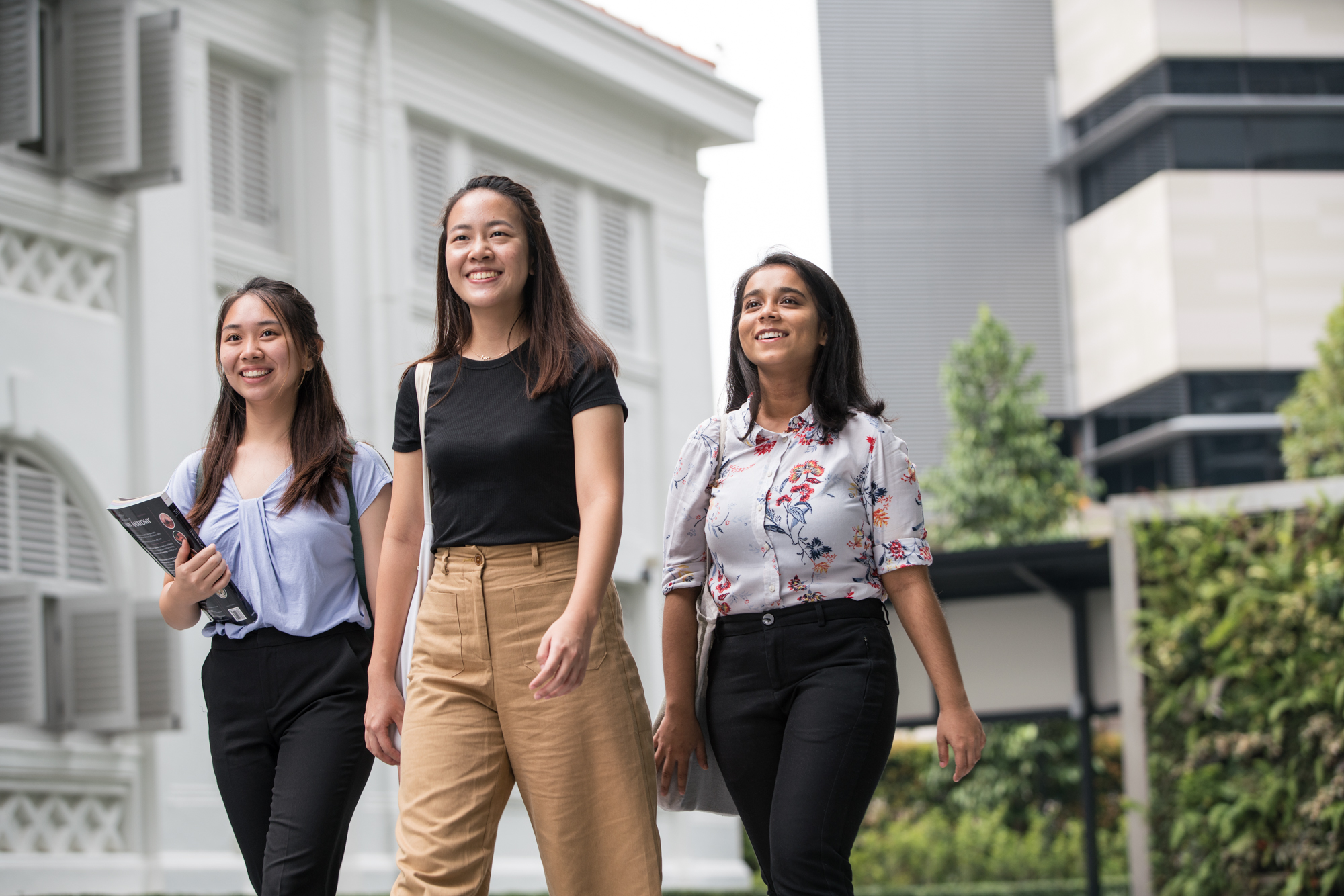 As part of efforts to level the playing field, LKCMedicine launched Women in Science @ LKCMedicine (WIS @ LKCMedicine) in August 2020. The initiative is aimed at empowering female researchers, creating equal opportunities and tackling barriers to support the new generation of women leaders in the field of science. It is also a part of a larger initiative by NTU called Women@NTU.

To achieve its goals, WIS @ LKCMedicine led by LKCMedicine faculty – Nanyang Assistant Professors Christine Cheung, Christine Wong ​and Anna Barron, Associate Professor of Genomic Medicine Joanne Ngeow, and Professor of Family Medicine and Primary Care Helen Smith – have lined up several activities. These include training opportunities in partnership with Women@NTU and the NTU career office, interactions with clinician scientists from the National Healthcare Group, and the provision of childcare and travel subsidies for female academics attending overseas conferences or other engagements. 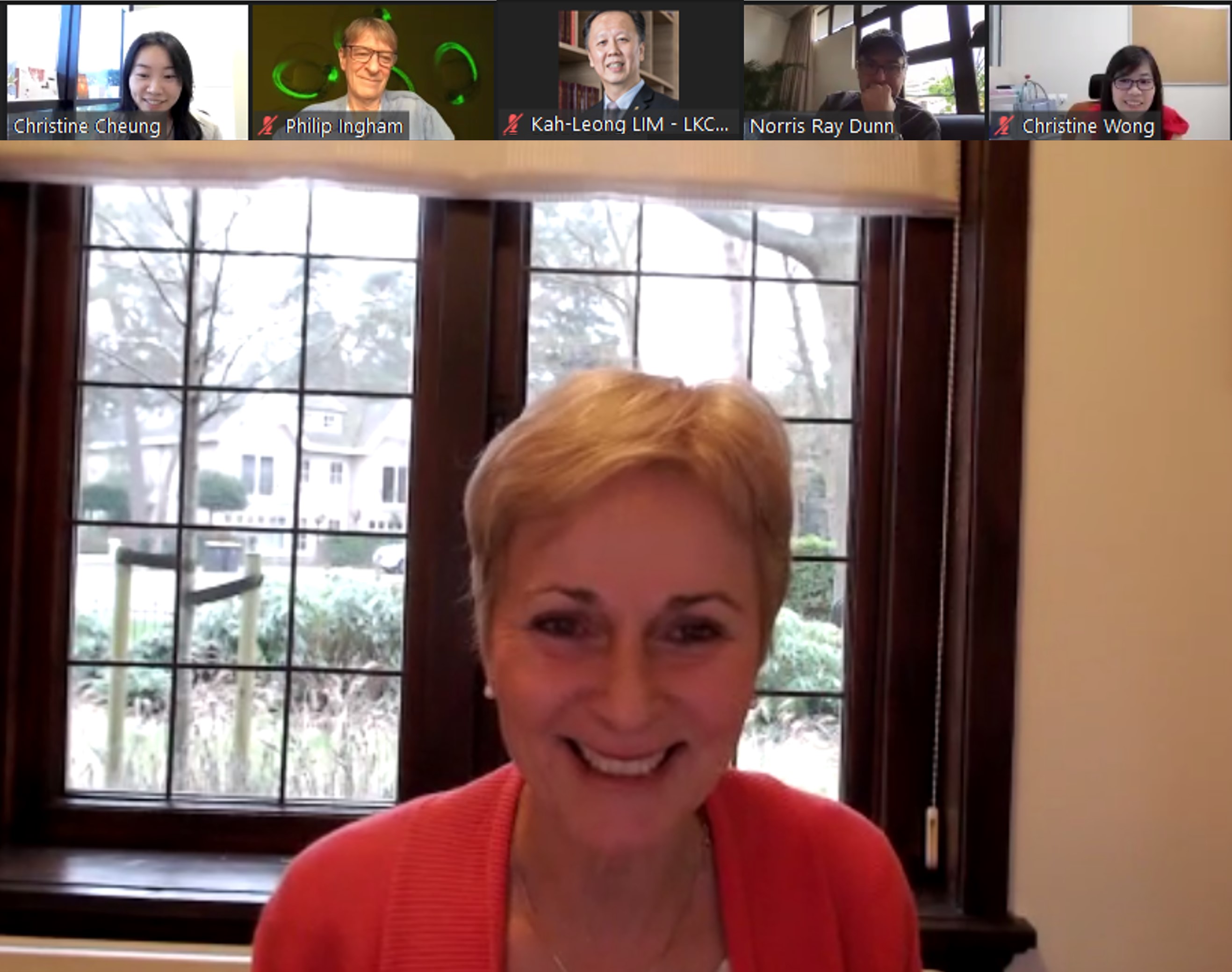 Drawing upon her decades of experience in research, Prof Mummery shared how her lab creates models for cardiovascular disease based on pluripotent stem cells (hPSCs) for understanding disease mechanisms and cardiotoxic effects of drugs. She also delved into the more complex cell systems based on hPSCs that are paving the way forward for a new generation of disease models for understanding disease mechanisms and drug discovery.

At the same time, she touched on how serendipity had influenced her career and led to her gaining recognition as an expert in hPSCs and heart and vascular development, serving as founding editor-in-chief of the International Society for Stem Cell Research (ISSCR) journal Stem Cell Reports and president of ISSCR from 2020 to 2021, and becoming a member of the Royal Netherlands Academy of Science.

Reflecting on the twists and turns of her career, Prof Mummery shared, “Follow your heart, follow your brain, whatever interests you. Just do it with passion and enthusiasm. If you can’t be the smartest among them, make sure you’re the most efficient and conscientious.”

When asked about advice for younger aspiring female scientists, Prof Mummery said, “Work very hard on your self-confidence and don’t be afraid to say yes to challenging invitations.”

She encouraged young women in science to practise their talks so that they are as perfect as possible in order to get noticed in a public forum. She added that it is better to say no to doing a task than not delivering it on time so as to be seen as extremely reliable, to do one’s job as well as one possibly can, and not to be shy about volunteering to organise events to build on one’s resume.

A/Prof Ngeow also shared the importance of serendipity, “I am often asked how do we come up with our research ideas. As Pasteur said – Chance favours the prepared mind; so as Prof Mummery advised – it is important to be conscientious and to keep improving in your field and to always say yes to opportunities. It is through these interactions that the best research ideas are formed and the most wonderful collaborations are built.

“There are many challenges in academia especially for clinician scientists who have to juggle between two worlds, often juggling meeting the expectations of two or more different bosses. It is an extremely rewarding career if one focuses not on the challenges but on what can be achieved when a community of scientists and clinicians come together and that is what helps me ‘keep on chucking’ every day.”

Connections with a global network of support 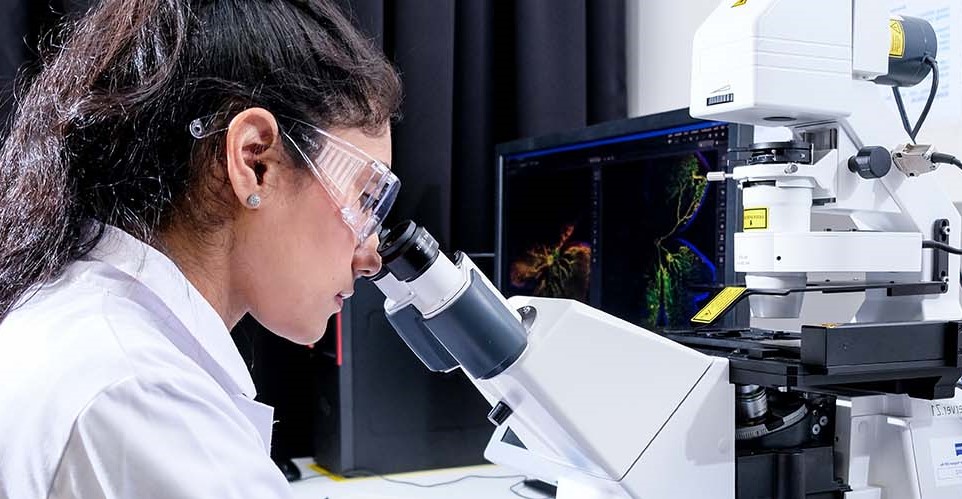 As part of a larger network that supports women in science, WIS @ LKCMedicine works closely with Women@NTU, an initiative that aims to promote awareness, education, and advocacy on gender diversity. It unites the NTU community for diversity, equity, inclusion and excellence by providing a platform to exchange ideas, advance and promote women’s roles at the university and beyond.

Formalised in 2018, Women@NTU was inspired to increase the percentage of female participants in STEM fields and recognise the importance of role models in influencing the career choices of future women in the field.

Today, it has grown to include programmes supporting early-career female researchers, mentorship networking platforms, seminars, and workshops hosting STEM topics and beyond across other disciplines within the campus.

Over at Imperial College London, the WOMENinSTEM@IC group was set up to connect groups, individuals and societies championing the inclusion of women in STEM education and careers at the university.

With the goal of inspiring and supporting girls and women to achieve their full potential as engineers, applied scientists and technical leaders, they provide a platform for personal and professional growth. One of these initiatives is the WOMENinSTEM@IC mentoring scheme that pairs mentees with Imperial College London faculty, staff and researchers.

The group is also working towards improving the retention of young women STEM graduates in the sciences by creating a warm and supportive networking space and increasing the exchange of ideas between departments, with a focus on enhancing career opportunities of all post-graduate students and staff.

In addition, they facilitate dialogue, connections and collaborations between various stakeholders (industrial partners, academia, students and staff) and challenge their partners to further diversity within their organisation.

Since its inception, WIS @ LKCMedicine has similarly been working towards creating equitable opportunities for women scientists through various events and platforms.

In May 2021, Asst Prof Cheung, together with Prof Smith, A/Prof Ngeow, and LKCMedicine Assistant Professor of Molecular Epidemiology Marie Loh participated in the “Conversations on Singapore Women’s Development” hosted by Senior Minister of State Janil Puthucheary. This is an ongoing effort initiated by the Ministry of Culture, Community and Youth to support, protect and uplift women. These conversations seek to understand the aspirations of Singaporeans for our women to cultivate a better and more inclusive society. 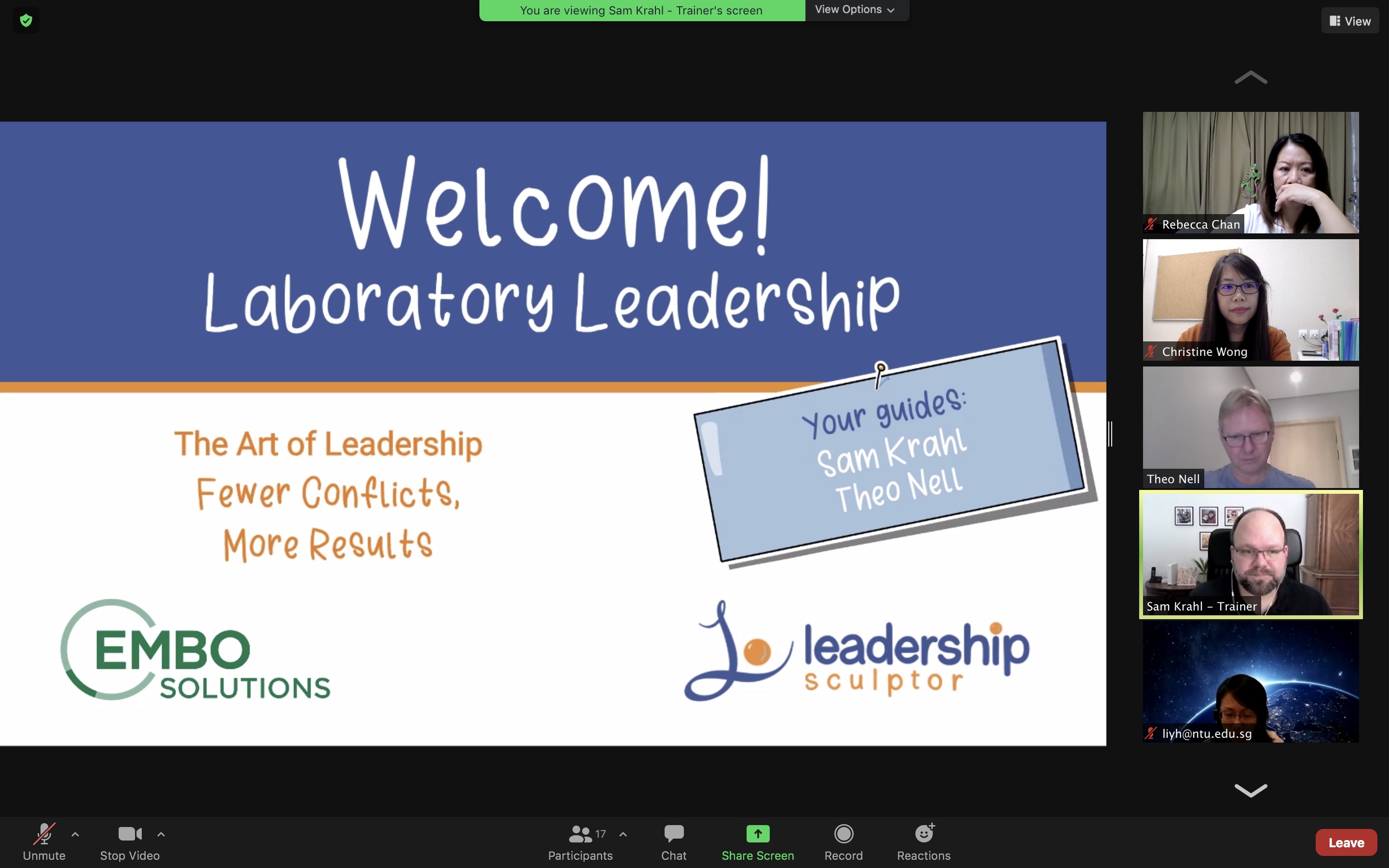 In addition, LKCMedicine hosted the first ever EMBO Laboratory Leadership Course delivered for scientists in Singapore in July 2021. Spearheaded by Asst Prof Wong, it aims to explore with participants their approach to leadership and use this insight to define for each individual how they want to lead and manage their research groups or teams. The goal is to boost research performance with effective leadership. Participants discussed how team members work best together, how to identify and resolve barriers to efficient operation as well as tips for effective hiring and interview.

Female early career researchers and fourth year PhD students are also eligible to apply for the Women in Engineering, Science, and Technology (WiEST) Development Grant. Established in 2018 and supported by LKCMedicine, the Julia & Ken Gouw Foundation, NTU's College of Engineering and College of Science, it facilitates networking and development opportunities for young female engineers and scientists to embark on their early careers. Recipients will receive a one-time conference grant of $3,000 to cover registration and travel expenditures to attend a technical and bonafide conference in their respective fields. LKCMedicine will support two awards in the Women in Science category.

Next, WIS @ LKCMedicine plans to launch a new podcast series titled “Breaking new ground” featuring women scientists and their work, alongside their challenges and aspirations. 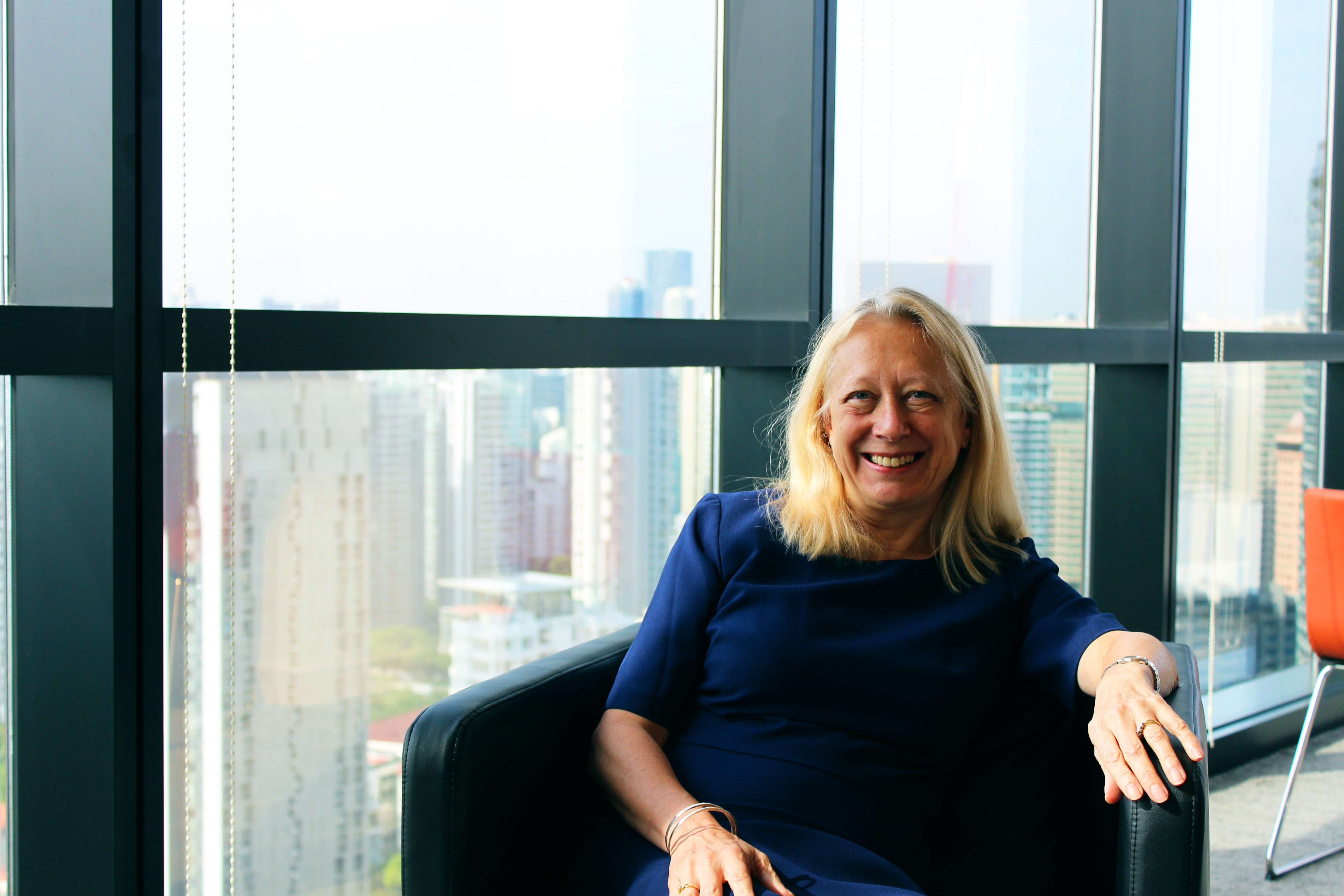 Prof Smith, who has spent three decades in science, surmised, “We need to involve not just women but the entire OneLKC family in the Women in the Science @ LKCMedicine initiative to promote equity for both male and female scientists. Ultimately, encouraging greater diversity and creating more opportunities for women to contribute to science will benefit the scientific community and society.”