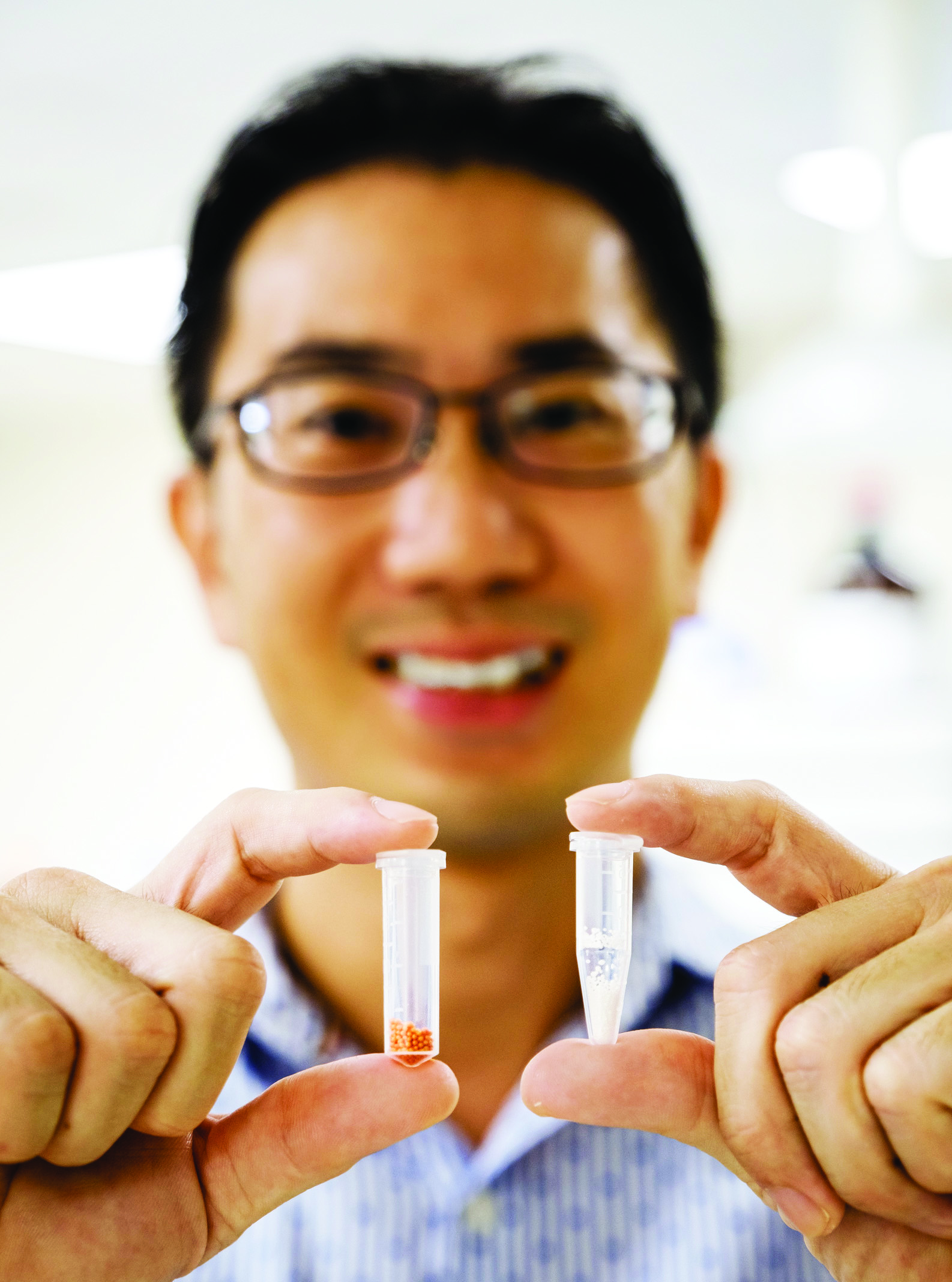 Patients with Parkinson’s disease suffer from a decline in dopamine production in the brain, leading to tremors and movement impairments. Levodopa, a medication used to treat the disease, is a dopamine precursor and administered several times a day due to its short half-life.

However, strong fluctuations in drug plasma levels often lead to side effects like levodopa-induced dyskinesia, which results in involuntary muscle movements and spasms. Looking for a way to reduce side effects and relieve patients of their strict daily drug regimens, NTU researchers devised a levodopa-loaded microcapsule for the controlled release of levodopa in the stomach over 24 hours.

The researchers have since founded a start-up company called LiberaTx with the help of NTU’s commercialisation arm, NTUitive. They are now planning clinical trials to test the efficiency of slow-release levodopa pills in patients.

“We hope that our levodopa-releasing microcapsule will help to tackle levodopa-induced dyskinesia, as well as low drug compliance by patients who struggle with the daily demands of taking pills at certain intervals,” says LiberaTx founder Assoc Prof Joachim Loo of NTU’s School of Materials Science and Engineering, who led the study.

Details of the research can be found in “Improved bioavailability of levodopa using floatable spray-coated microcapsules for the management of Parkinson’s disease”, published in NeuroMolecular Medicine (2018), DOI: 10.1007/s12017-018-8491-0.