The Nanyang Business School’s Marketing specialisation prepares our graduates for a digital-first world that is unfettered by borders. You will be exposed to a curriculum that is constantly updated based on feedback from our stakeholders comprising our students, alumni, and key potential employers.
You will meet dedicated and well-regarded professors and lecturers who will guide you on your journey of life-long learning. Our instructors are experts in their academic domains who imbue marketing theories and frameworks with industry relevance.
The teaching and learning pedagogies in our specialisation help students develop different soft skills pertinent to their professional careers. Group work and presentations are emphasised in each marketing course.
Our students thrive in an environment of experiential learning. Our industry partners bring their business issues to the classroom, thus providing our students the opportunities to grapple with real-life marketing problems.
You are expected to do research and draw insights from data and information. Based on these insights, you learn to build creative solutions for various problems faced by marketing professionals. You will learn to make recommendations and engage with our industry partners.

Our students are highly sought after by the world’s top employers for their analytical acuity and resourceful creativity. They are particularly valued for their adaptability, leadership qualities and the ability to work effectively in a team. You will develop these capabilities as you undergo our rigorous curriculum that emphasises team-based projects, presentations, business simulations, integrative case studies, company visits, real-world projects and hands-on experience with leading industry partners. These strengths may be further honed through student activities such as participating in industry and international competitions and conferences, and organising professional and social events that benefit other students.

Professional attachment for undergraduate
A Professional Attachment of 10 weeks is a requirement of all our undergraduate degree programmes. Typically completed at the end of the second year of study, these internships are carefully crafted to be relevant and enriching, allowing students to acquire first-hand practical experience and to sharpen their skills in industry. Through the attachments, they will also get to interact and network with professionals in the working environment, setting up valuable contacts that can give them an edge when they start their career. The Professional Attachment experience often serves as an excellent opportunity for employers to assess our students, prior to making a permanent job offer – often even before they graduate.
The agencies which have provided work experience for our undergraduates include non-profit organizations, statutory boards, SMEs and Multinational Companies.
Graduate employment
The Nanyang Business School Undergraduate Career Services work closely with many employers and organise recruitment talks for our students. The companies which have provided full-time employment to MKT graduates include: 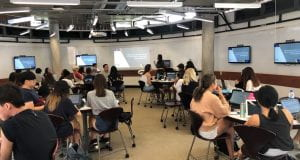 Speakers Samaritan of Singapore shared with BU8542 Social marketing class the high and rising suicide rates in Singapore, what the causes are and the many challenges that the organisation faces in addressing an issue which is largely perceived as taboo. 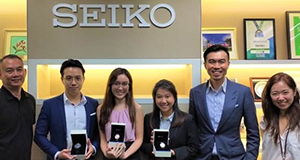 In Marketing Strategy course (BM3501), sponsored by Thong Sia Company (S) Pte Ltd, the distributor for Seiko products in Singapore, students were given the task of “Making Seiko Young Again”. They spent four weeks, conducting field research on millennial consumers’ perceptions of watch brands, and developing marketing strategies to help the 138 year-old Seiko brand better and to connect with the young generation. 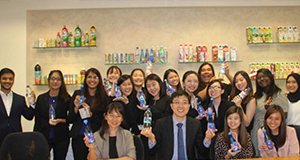 For the Market Behaviour module (BM2501), students had to identify the consumer insights underlying bottled water purchase and propose recommendations for F&N Ice Mountain to increase its market share. Three best teams were then selected to present to the F&N’s marketing team on 14 May 2019. 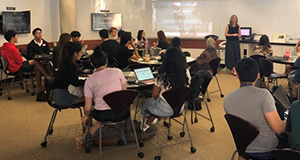 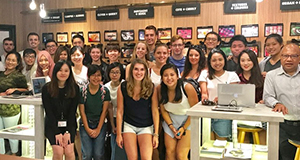 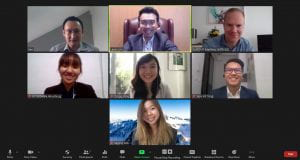 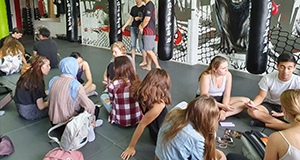 In the Digital Marketing course (BM2506), students explored social media marketing campaign ideas for Jungle Gym (2020).
Founded in February 2007, MarkeTHINK Club acts as the bridge among various stakeholders of the marketing community including Marketing students, alumni, researchers, educators, practitioners, and corporate entities. Through seminars, workshops, networking sessions, office tours, competitions, and working with corporate clients on various marketing consultancy projects, marketing students have excellent opportunities to sharpen their marketing acumen.
The Club consists of a group of enthusiastic Marketing students from Nanyang Business School who enjoys putting marketing theories into action. The Club aims to build the Thinkers to become Creators, Catalysts, and Connectors. Club events are held regularly, almost every week during the semester, to train, engage, and connect members. External consultancy projects are ongoing throughout the semester, giving the Thinkers valuable opportunities to gain hands-on experience in the field.

Social marketing (BU8542) students have been working closely with McCann Health as a result of their outstanding social marketing plan and presentation, which was judged by Mr Michael Banner, MD of McCann Health Singapore.
Terence Hor (Year 3, BUS), Loke Si Hui (Year 2, BUS), and Tay Kuan Yu (Year 1, BUS) turned up as champs at the L’Oréal Brandstorm Competition National Finals 2017. The trio first met as members of the NBS MarkeTHINK Club. Kuan Yu was the one who rallied the other club members to form a team to enter the contest. They eventually emerged as one of the top three teams at the international competition in Paris.
Ms Christina Gao Fangda, a B. Bus graduate in 2011, has won one of the Women of the Futures Southeast Asia Awards (for the Business category). Christina has spent her 7 years’ career with Shell (the only company she has worked for to date), progressing through several roles, and is now Global Product Manager looking after digital ventures, a new created unit at Shell. Read more.
Ms Charmaine Tan, a B. Bus graduate in 2010, has received The Women Icons Award 2017 in The Women Icons Summit & Awards hosted in Singapore on March 17, 2017 which celebrates and honours the accomplishments and contributions of women who have excelled in different walks of life. Charmaine has distinguished herself as a prominent citizen who has displayed a strong mettle and capability to perform well as a marketer.  Watch here.

Ms Rebekah Lin, a B. Bus graduate in 2007, has been recognized as the youngest philanthropist in Singapore in 2016. She spearheaded the formation of the Jia Foundation, which supports charities that do not get a lot of support, such as those that help people with mental illnesses and former prisoners. Among other things, it is also funding documentaries that help raise awareness about social issues and effect change. Read more.