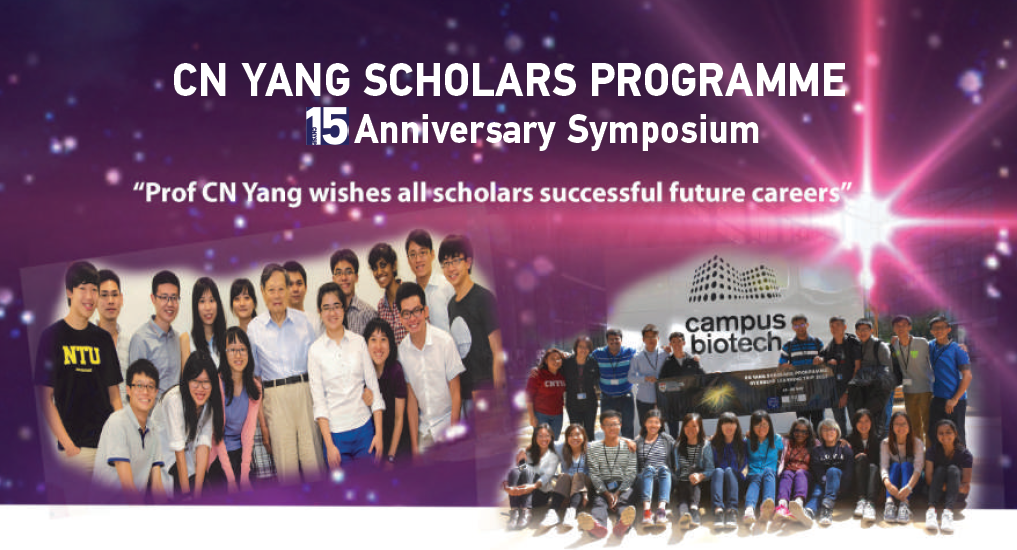 Named after Nobel Laureate Prof Chen Ning Yang, the premier CN Yang Scholar Programme (CNYSP) was launched in 2006 to nurture future leaders at the interface of science and engineering, with a focus on technological innovation and scientific communication. The multi-disciplinary courses in mathematics, research, making-and-tinkering, internship and global learning prepare students to lead in the next phase of technological evolution.

The programme featured talks by the former CN Yang Directors, Professors Alex Law, Peter Preiser and Tan Chong Hong, which certainly brought scholars and alumni on a trip down memory lane as they recalled the fond memories they had in CNYSP. Their dialogue session with the current director Prof Fan Hongjin was very heartwarming as they urged the scholars and alumni to continue striving for the best and to love what they are doing.

In addition, there were keynote talks by eminent Professors Chen Xiaodong (MSE), Duan Hongwei (SCBE), Kedar Hippalgaonkar (MSE), Kimberly Kline (SCELSE, SBS) and Ling Xing Yi (SPMS). The sharings by the professors were deeply insightful, allowing the audience to have a better understanding of what research entails and what each of the professors specialises in.

There were also presentations by CNYSP alumni and current CNYSP scholars. We believe that all the participants got to learn something new and interesting via the various sharing sessions and the Q&A with the professors and alumni speakers.

In conjunction with the symposium, the outreach activity to junior colleges and polytechnics was held on 5 June 2021 to generate interest in graduating students in our CN Yang Programme. It was certainly a fruitful experience organising the event. We wish CNYSP a happy 15th anniversary and many more to come!

Best Ideas Emerge when Technologies Intersect with the Arts