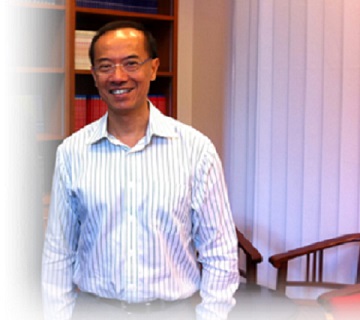 Mr Geroge Yeo, former Minister for Foreign Affairs, accepted our invitation to be a Patron of the Institute of Advanced Studies (IAS) at Nanyang Technological University in 2011. Mr Yeo’s extensive experience helps to link IAS more closely to the international community. These connections help to forge more future collaborations with other centres of research.

Mr Yeo has served in various Ministries in the Cabinet from 1991 to 2011. These services included various portfolios at the Ministry of Finance, Ministry of Information, Communications and the Arts, Ministry of Health, Ministry of Trade and Industry, and Ministry of Foreign Affairs.

As the Minister for Information, Communications and the Arts, Mr Yeo proposed and built an outstanding public library system. He has also conceptualised and built the Esplanade and the Asian Civilisation Museum. These proposals enhanced the cultural landscape in Singapore, and have eventually led to the establishment of our flourishing arts and cultural scene today.

As the Minister for Health, Mr Yeo has helped to strengthen and enhance the availability of specialist care. He has improved the healthcare system through a series of facilities upgrading. His bold vision has also led to the implementation of various aspects of Traditional Chinese Medicine as part and parcel of our local public healthcare system.

The negotiation of Free Trade Agreement with Asian countries and beyond served as a strategic move towards a Free Trade Area of the Asia-Pacific region. As the Minister for Trade and Industry, Mr Yeo has helped to restructure several important economic sectors such as the Economic Development Board and JTC Corporation. Indeed, more MNCs are also encouraged to set up base in Singapore.

Mr Yeo has also helped with the establishment of good relations with other countries in ASEAN as well as many other countries during his tenure as the Minister for Foreign Affairs. His extensive international network has contributed tremendously to Singapore’s foreign policies. An intellectual scholar, Mr Yeo has helped to shape and implemented good policies. Indeed, he has made extensive recognisable contributions to our society.