He received his PhD in physics from the National University of Singapore and joined the School of Physical and Mathematical Sciences (SPMS) at the Nanyang Technological University as a lecturer in 2005 where he switched his research field from applied nuclear physics (proton beam writing and accelerator-based nuclear spectroscopy) to Femtosecond Laser Spectroscopy and its applications. Subsequently, he set up the Femtosecond Dynamics Laboratory (xC-Lab) and the Organic Electronics Laboratory; and established a new research group at the Division of Physics and Applied Physics, SPMS.

Professor Sum is the Associate Dean (Research) in the College of Science as well as the Director of the Institute of Advanced Studies at NTU. 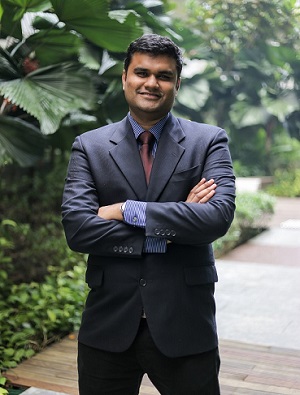 Associate Prof Nripan Mathews is the Cluster Director, Renewables and Low Carbon Generation (Solar) at the Energy Research Institute @ NTU and Provost's Chair in Materials Science and Engineering. His honours include being named a Web of Science Highly Cited Researcher with cross-field impact for five straight years (2018 - 2022), as well as a 2019 World Economic Forum Young Scientist for his research and work on perovskite solar cells. He is also on the International Advisory Board of ChemSusChem.

His primary research interests are photovoltaics, field effect transistors and neuromorphic devices. His research work covers a wide variety of novel materials and novel morphologies produced through a range of fabrication procedures.

He obtained his first degree in Materials Engineering (First Class Honors) from NTU (2003) and his MSc under the Singapore-MIT Alliance on Advanced Materials for Micro- and Nano-Systems (2004). He pursued his PhD at a joint Commissariat a l'energie atomique (CEA) - Centre national de la recherche scientifique (CNRS)- Universite de Pierre et Marie Curie (Paris VI University) laboratory in the area of molecular crystals, studying the signatures of optical excitations within them (2008). He was a visiting scientist at Professor Michael Graetzel's laboratory at Ecole Polytechnique Federale de Lausanne (EPFL), working on a pan-european project on photoelectrochemical hydrogen production. 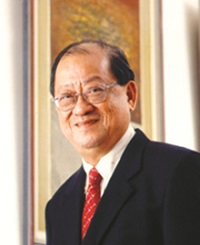 Prof Phua is one of the founding council members of the Association of Asia-Pacific Physical Society along with Nobel Laureate Prof Yang Chen Ning and other senior physicists. In recognition of his contribution to physics and scientific publishing, he was conferred by the University of Birmingham with an honorary doctorate degree in 2013. He was also conferred the Singapore National Academy of Science Fellowship in 2014 for his tireless efforts to strengthen scientific research throughout Asia, leadership in promoting international physics education and scholarly exchanges etc. He is the Chairman and Editor-in-Chief of World Scientific Publishing Co Pte Ltd. 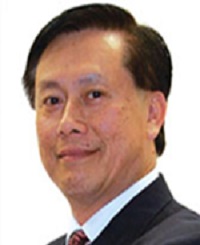 Prof Lee was the Founding Dean (later re-designated Chair) of the School of Physical and Mathematical Sciences (SPMS) at NTU. He was also the inaugural Dean of the College of Science. He has played a key role in the recruitment of many NTU’s earliest National Research Foundation Fellows, who in turn contributed significantly to NTU’s sharp rise in research output and quality. Prof Lee has been of service to the chemistry community in Singapore, including as President of the Singapore National Institute of Chemistry (SNIC). He was conferred the SNIC Distinguished Service Award in 2000 and was made an Honorary Fellow by SNIC in 2019.