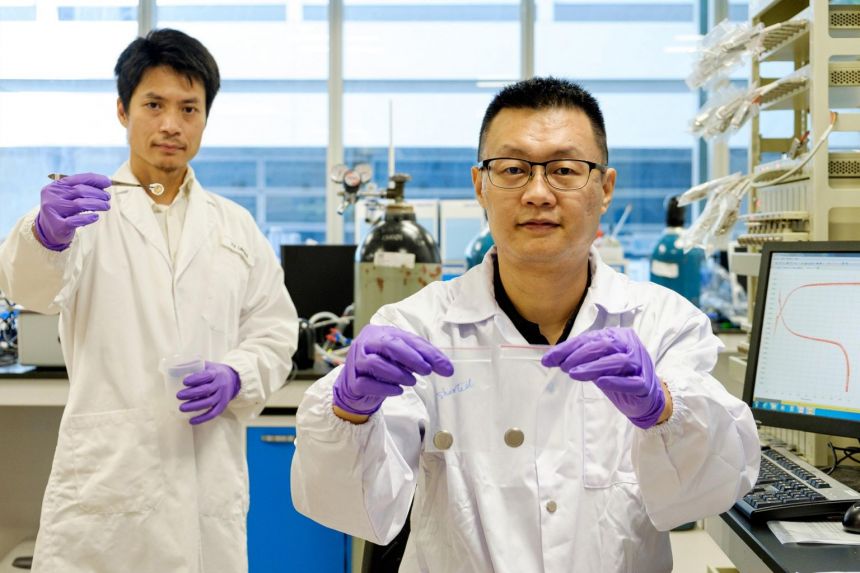 Nanyang Technological University (NTU) scientists have invented a battery component that provides an added layer of protection to prevent short circuits, the main cause of fires in lithium-ion (Li-ion) batteries.

These batteries are widely used in smartphones, laptops, electric vehicles and even aircraft.

The breakthrough by Professor Xu Zhichuan and his team from the School of Materials Science and Engineering comes on the heels of 42 PMD fires and 26 power-assisted bicycle fires reported in Singapore last year.

The invention is promising as global demand for batteries is growing, with electric vehicles projected to require up to 2,700 gigawatt hours of Li-ion batteries a year by 2030, the equivalent of 225 billion mobile phone batteries.

The "anti-short layer" invented by the researchers can be easily added inside Li-ion batteries to prevent short circuits during charging.

Prof Xu likened the process to adding a slice of cheese to a sandwich.

Most Li-ion battery fires are caused by a build-up of lithium deposits, or dendrites, that cross the separator between the positive (cathode) and negative (anode) electrodes of the battery when it is being charged. This causes a short circuit, which leads to a chemical fire, said Prof Xu.

He said the positive and negative electrodes can be thought of as bread slices, with the anti-short layer as a cheese slice added to prevent dendrites from reaching the cathode.

"We know that for a Li-ion battery to work, Li-ions must be able to travel between the positive and negative sides during charge and discharge cycles," said Prof Xu, who is also cluster director of Energy Storage and Renewables & Low Carbon Generation: Solar at the Energy Research Institute @ NTU.

"However, the transfer of the Li-ions also means the formation of dendrites is inevitable for current commercial Li-ion batteries."

As it is not possible to prevent the formation of dendrites, the team made use of the dendrites' properties by coating an added layer of conductive material on the separator for the dendrites to connect with, said Prof Xu. 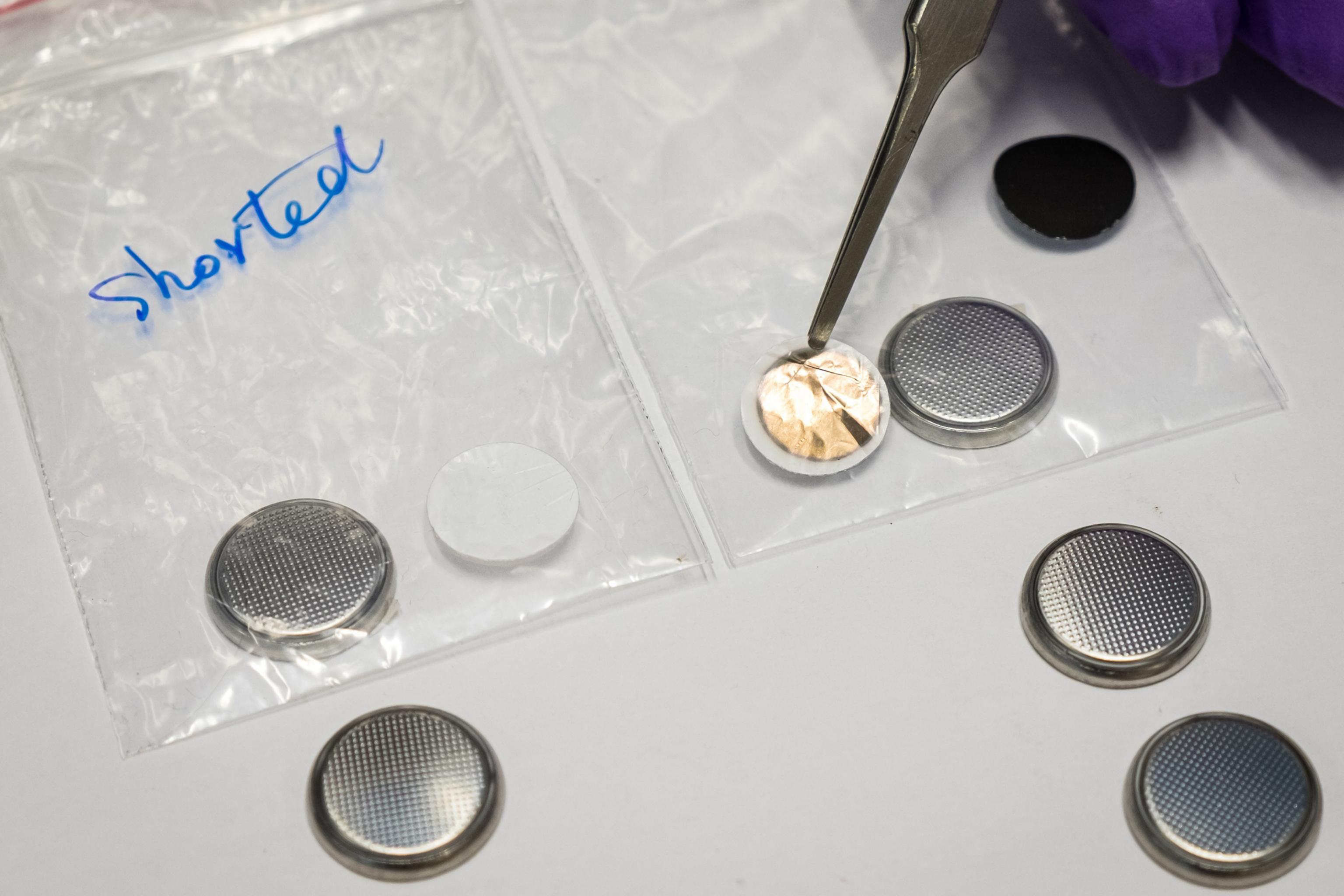 Once the dendrites connect with the layer, they will not be able to grow further and this prevents them from reaching the other side, he said.

Prof Xu's team has tested its technology on more than 50 cells with different Li-ion battery compositions, and no short circuits have been detected during charging, even when the battery cells are used beyond their life cycle.

The professor said the technology is the first of its kind globally, and can be rapidly adopted in battery manufacturing.

Made of a common material used in battery manufacturing, the anti-short layer can be easily integrated without changing the manufacturing process.

The technology will cost around 5 per cent of the existing production cost of a Li-ion battery, said Prof Xu.

It is now awaiting a patent and is being commercialised by NTUitive, NTU's innovation and enterprise company. 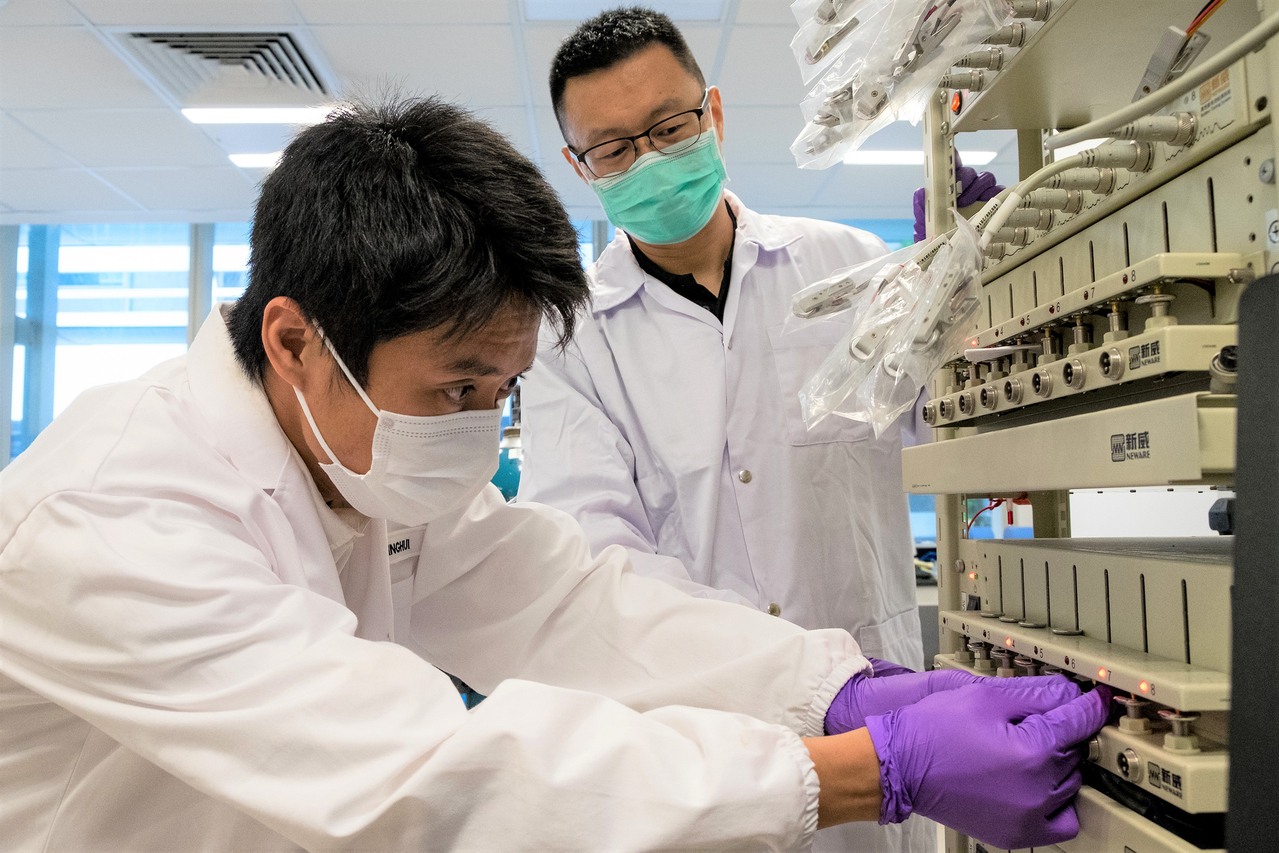 The invention will help to increase the safety and extend the lifespan of a Li-ion battery, which translates to longer driving ranges for electric vehicles and longer operational hours for battery energy storage solutions, Mr Lim added.