*Please refer to the key contacts below and attention it to the respective department/office in charge.

Get to NTU easily by car or public transport.

Depart from Boon Lay Bus Interchange (next to Boon Lay MRT Station) to the University. The service ply from 0600-2400 hrs on weekdays and Saturdays, and from 0630-0020hrs on Sundays and Public Holidays.

The nearest train stations to NTU are Boon Lay (EW27) and Pioneer (EW28) on the East-West Line operated by SMRT Corporation.

From Boon Lay station, make your way to the adjacent bus interchange. Service 179 will take you in to NTU.

If you are coming from Changi Airport and are travelling light, you can get on at Changi Airport (CG2), transfer at Tanah Merah (EW4) and take the train all the way to Boon Lay. The journey takes just over an hour. 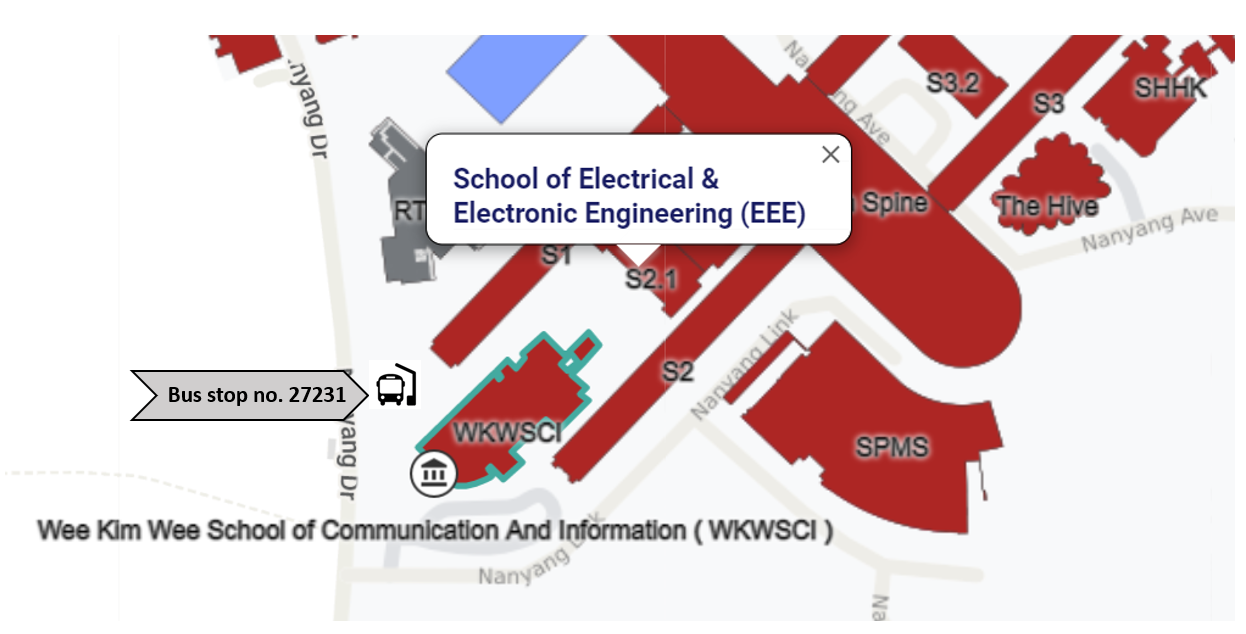