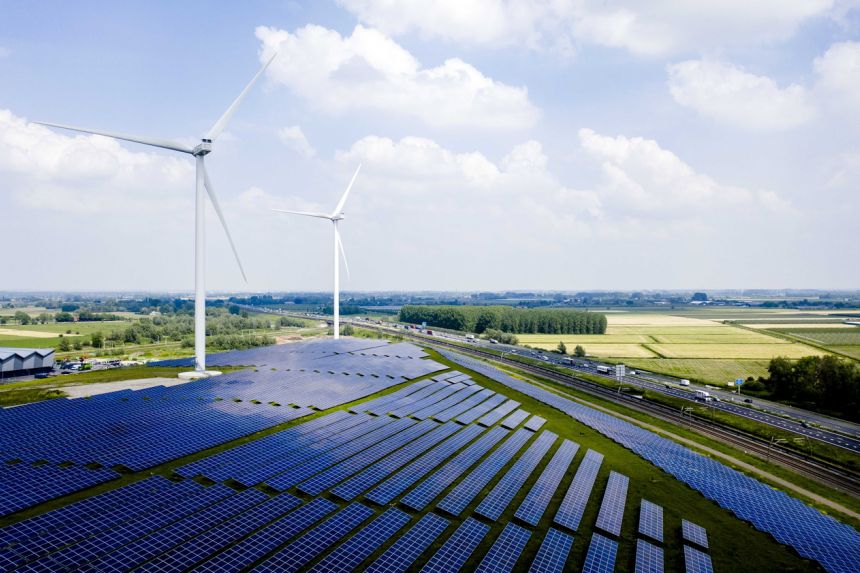 While flat panel systems are commonplace now, there are still technologies that are a work in progress. PHOTO: EPA-EFE

SINGAPORE - The world has set its sights on soaking up more sunshine to reduce the use of fossil fuels, but deploying solar panels is not just a matter of plug and play.

Solar energy systems often need to be tested first, so they can be fine-tuned before widespread deployment, where mistakes are more costly to fix, said Mr Dustin Smith, executive director of Solar Technology Acceleration Centre (SolarTAC) - a facility in Colorado in the United States that allows the solar industry to research, test, validate and demonstrate solar technologies.

"(For) large-scale energy systems, it's much more complex and much more expensive when you make mistakes, and this facility was put together to sort of be an alternative to sort of rolling out immature technologies and letting your customer test them for you," he said during a virtual press conference in May.

"So it tries to be the bridge into the real world, so (companies) can test things at a small scale, get them revved up and get them moving," he added.

The press conference was part of a virtual tour of US climate innovation, organised by the US State Department for foreign journalists.

While flat panel systems - where solar panels convert the sun's rays directly into electricity - are commonplace now, there are still technologies that are a work in progress.

One of them is concentrated solar systems, said Mr Smith.

This refers to systems that use mirrors to concentrate sunlight onto a receiver. The energy can then be used for other purposes, including generating electricity through conventional steam turbines, said the International Renewable Energy Agency (Irena) in a 2013 policy brief.

Mr Smith said: "The challenge with concentrated solar is that it's more expensive to manufacture, it's more complex... and again, whenever you add complexity, you add cost."

But he said concentrated solar systems could become more attractive in the future, especially for places which may not have space for large solar panel farms.

An estimated seven such projects have been test-bedded at SolarTAC over the past 12 years, said Mr Smith. More than half were successful, although they were still more costly. But, as he noted, "the technology is there".

Mr Smith said bridging technology, or test-bedding and fine-tuning such innovations before roll-out, is important to help the world decarbonise.

"It's easy to say, well, let's just get off of fossil fuels and be renewable in 10 years... it's literally impossible to do that," he said.

"We can't just turn off major industries just because we've decided we don't like those industries. We need to do things in a smart, efficient, tactical way. I think that's critical."

Solar experts in Singapore agreed, saying it was critical for solar technologies to be tested in the real world.

Dr Thomas Reindl, deputy chief executive of the National University of Singapore's (NUS) Solar Energy Research Institute of Singapore (Seris), explained that solar panels are usually made in a one-size-fits-all fashion in terms of the climate they would operate in - meaning that a solar panel that leaves the factory could end up in Alaska or in Singapore.

"Obviously, the environmental conditions are very different. Therefore, it is important to test whether the reliability claims, and also the warranty conditions by the manufacturer hold true in more extreme climates," he told The Straits Times.

The Republic may not have a facility like SolarTAC, but Dr Reindl said Singapore has opened itself as a "living laboratory" at a very early stage in the deployment of solar panels.

He pointed to the floating solar system on Tengeh Reservoir, involving 10 solar-panel islands - about the size of 45 football fields - on the water surface. The project has been touted to be one of the world's largest inland floating solar photovoltaic systems.

Dr Reindl said government agencies such as industrial developer JTC are also open to allowing technology providers to test-bed novel concepts or products. Under JTC's SolarLand programme, solar panels can be installed on vacant land, and the generated electricity goes to the national grid.

Dr Reindl said institutes of higher learning in Singapore, including NUS and Nanyang Technological University (NTU), are also ready to test-bed novel technologies arising from their own research or from collaborations with industry partners, for example, Singapore-based solar panel manufacturer REC Solar.

Seris, for instance, is testing the performance, annual energy yield, and long-term reliability of different technologies on individual module and system levels in four different climates around the world.

They are tropical Singapore, desert Australia, and two temperate locations in Germany and China.

Professor Subodh Mhaisalkar, executive director of the Energy Research Institute at NTU, pointed also to a demonstration facility initiated by the university on offshore Pulau Semakau.

Called the Renewable Energy Integration Demonstrator - Singapore, or REIDS, it allows for the testing of solar cells and how they can be integrated with other technologies, including other renewable energy sources from the wind or tides, or with energy storage systems, for instance.

Said Prof Subodh: "Solar definitely needs to be fully characterised for the tropics -not just in terms of temperature but also humidity, cloud cover and corrosion due to proximity to the ocean. The solar spectrum is also different due to diffuse lighting and other environmental conditions."

The Big Read: After a decade of fits and starts, it’s all systems go for Singapore’s electric vehicle dream

Amid push for electric vehicles, getting charging points installed in condominiums remains a challenge