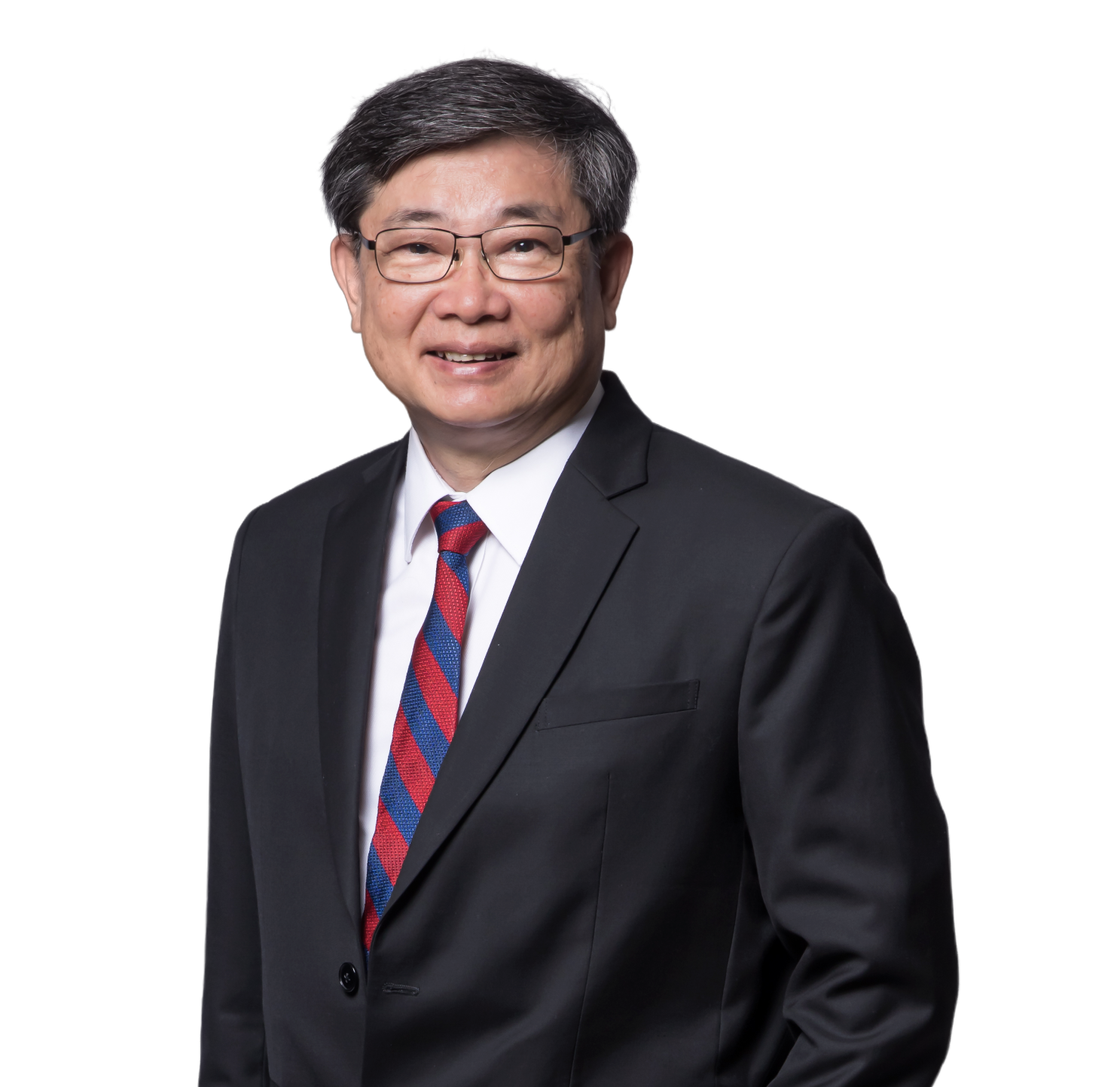 It is not often that you encounter someone passionate about discarded fish skin. However, Prof Teoh Swee Hin of NTU’s School of Chemical and Biomedical Engineering and Lee Kong Chian School of Medicine, waxes lyrical about it, specifically its remarkable ability to heal wounds.

The secret of its wound healing properties? Collagen, a natural material that is abundant in the skin, and that promotes the regeneration of skin, bone and cartilage. The use of collagen from fish skin also reduces the risks of disease transmission and allergic reactions in people, compared to the commonly used collagen from cows and pigs.

Prof Teoh’s research has shown that structures, otherwise known as scaffolds, made from fish skin collagen can support the regeneration of bone cells, paving the way for fish-derived materials in tissue engineering applications.

It is this same enthusiasm for exploring untapped opportunities that drove Prof Teoh to adopt 3D printing for manufacturing biomedical implants when the technology was in its infancy almost 20 years ago. Today, he is recognised as a global pioneer in 3D printed bone implants.

Prof Teoh’s journey to becoming a world-renowned tissue engineer began as a young researcher at the National University of Singapore in the 1980s when he was developing an inexpensive artificial heart valve. At the time, biomedical implants made from polymer materials such as plastics were constructed by injecting molten material in moulds and allowing them to harden – a method known as injection moulding. While efficient at producing implants rapidly, it is challenging to manufacture the porous structures that are crucial in implants for the growth and regeneration of cells using this method.

When 3D printing made its debut on the manufacturing scene, Prof Teoh quickly recognised the potential of combining it with laboratory techniques such as biological imaging and biocompatible materials to manufacture biomedical implants.

Since then, he has developed several implants to regenerate bone, ranging from pieces of the skull to the shinbone, that are destroyed by disease or injury. In 2003, Prof Teoh co-founded a start-up, Osteopore International, that makes 3D printed implants from biocompatible material that is absorbed by the body over time, reducing post-surgery complications compared to permanent implants.

“Osteopore started as a small team of engineers and clinicians. I could not have done this without collaborating with my colleagues. I urge all entrepreneurs to stay humble and seek the expertise of others,” said Prof Teoh.

Recently, Prof Teoh has been investigating the use of electromagnetic stimulation to promote the regeneration and healing of bone to treat fractures.

Prof Teoh’s pioneering work has not gone unnoticed. For his outstanding contributions in translating materials science to tangible bioengineering and biomedical applications, Prof Teoh was awarded the prestigious “Golden Innovation Award” from the Far East Economic Review, and the “Prestigious Engineering Achievement Award” from Institute of Engineers in 2004. He was also honoured with the Special Award for “Scientific Life-Time Achievement in Bone Tissue Engineering” at Bone-Tec 2015, Stuttgart.

As a part of SG50 celebrations, Prof Teoh was featured as one of Singapore’s profiled scientists in the book titled “Singapore’s Scientific Pioneers”. His team was also awarded the “Patent for Good Award 2018” from the Intellectual Property Office of Singapore.

Prof Teoh also contributes significantly to professional societies. He is a Fellow of the Academy of Engineers Singapore and was the Chairman of the Singapore Academy, Asia Regulatory Professional Association (ARPA).

A visionary entrepreneur who sees opportunities beyond research 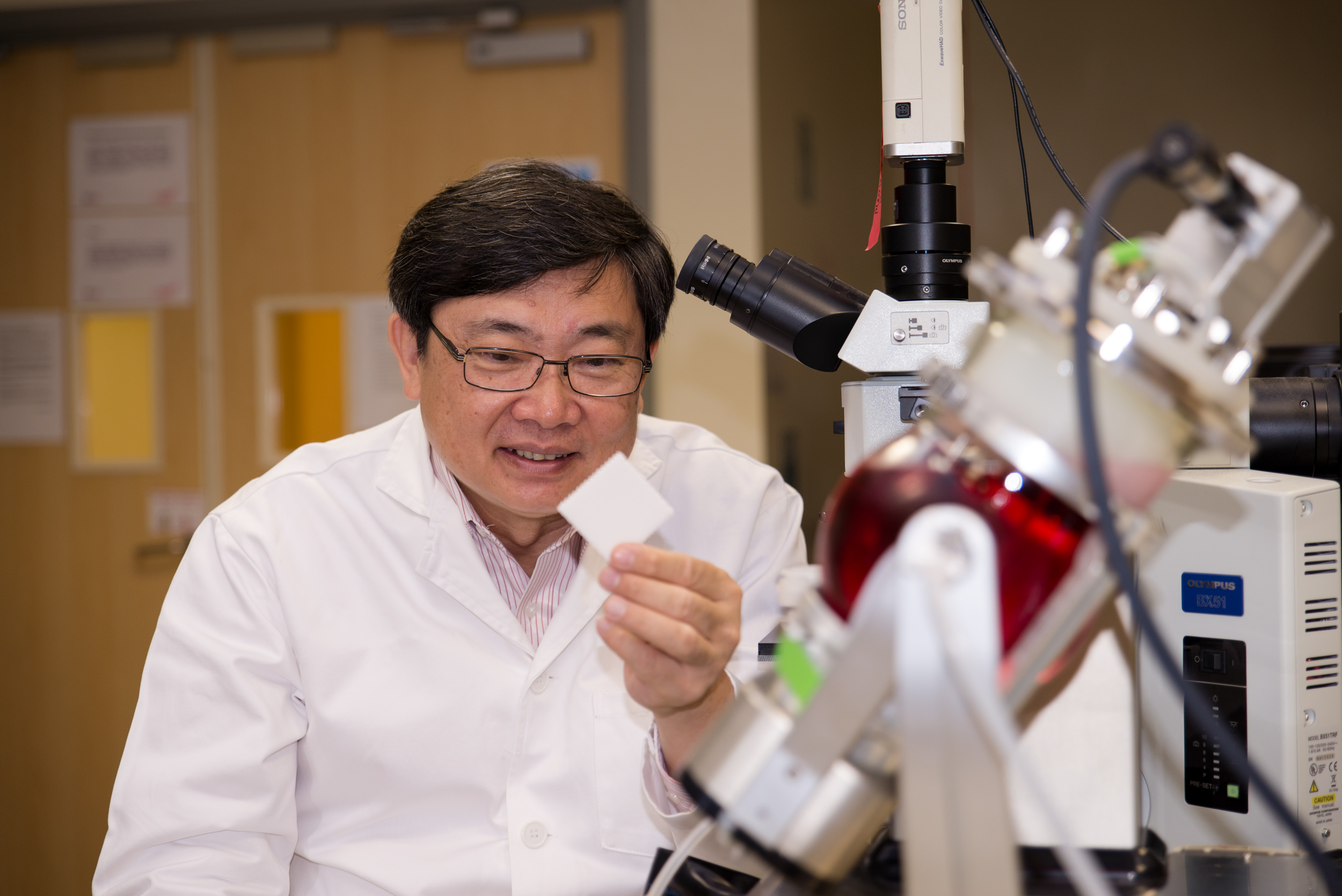 Not just interested in the science behind his discoveries, Prof Teoh believes strongly in the environmental, economic and social impact of his work. His passion for these causes is evident from his research on fish skin collagen. According to Prof Teoh, fish skin is a sustainable source of collagen as discarded fish parts account for 70 to 85 per cent of the weight of the catch from the fishing and aquaculture industries. The increase in consumption of fish in recent years has also resulted in an increase in waste generated by these industries.

Having grown up in Malaysia where many people in the coastal areas make a living from fishing, Prof Teoh is also aware of small-scale fishermen who struggle to catch enough fish to support their families. He envisions that the use of collagen from fish skin will also open economic opportunities for these individuals to supplement their livelihoods by processing fish skin for sale.

A humanitarian and educator at heart

Closest to Prof Teoh’s heart are the humanitarian applications that arise from innovations and educating the next generation of scientists and entrepreneurs. He counts among his successes the first 3D implant for re-growing a shinbone, developed by Osteopore International, that restored leg function to a young man whose shinbone was destroyed by an infection. Another example is a bone-regeneration implant developed by the company that enabled a young bone cancer survivor to walk again after the cancer was removed.

Pursuing excellence in education is another key objective for Prof Teoh. He was the Chair of the NUS Graduate Programme in Bioengineering from 2001 to 2005, which played a key role in fostering the knowledge and leadership in biomedical engineering research through educating the first batch of bioengineering postgraduate students in Singapore.

For inspiring students beyond what they are capable of, Prof Teoh has won numerous “Excellent Teaching Awards” and was recognised with the NTU Koh Boon Hwee Scholars Faculty Award of 2017.

Drawing on his experiences as an entrepreneur, Prof Teoh is also keen on cultivating an entrepreneurial spirit in young people. He was the director of the Renaissance Engineering Programme from 2012 to 2016, NTU’s flagship engineering programme which attracts top engineering students and allows them to study abroad for a year to gain a different perspective on their discipline, career and life, and to provide them with a holistic education with sound engineering fundamentals and business acumen.

“My passion for entrepreneurship centres around the reason for it, aptly described by the Greek word ‘Logos’. Beyond the material rewards, entrepreneurship is an avenue for one to add value to society and push the frontiers of what is possible,” Prof Teoh said.

In fact, ‘Logos for Entrepreneurship’ has become an important key phrase amongst his students, some of whom have followed in his footsteps.

“Breakthroughs happen at the interfaces of two or more disciplines,” said Prof Teoh. “As long as there is a dream, an entrepreneur’s journey will never be boring. Steer into the extraordinary and no dream is too big or small.”

The AI will see you now: diagnosing mental disorders intelligently