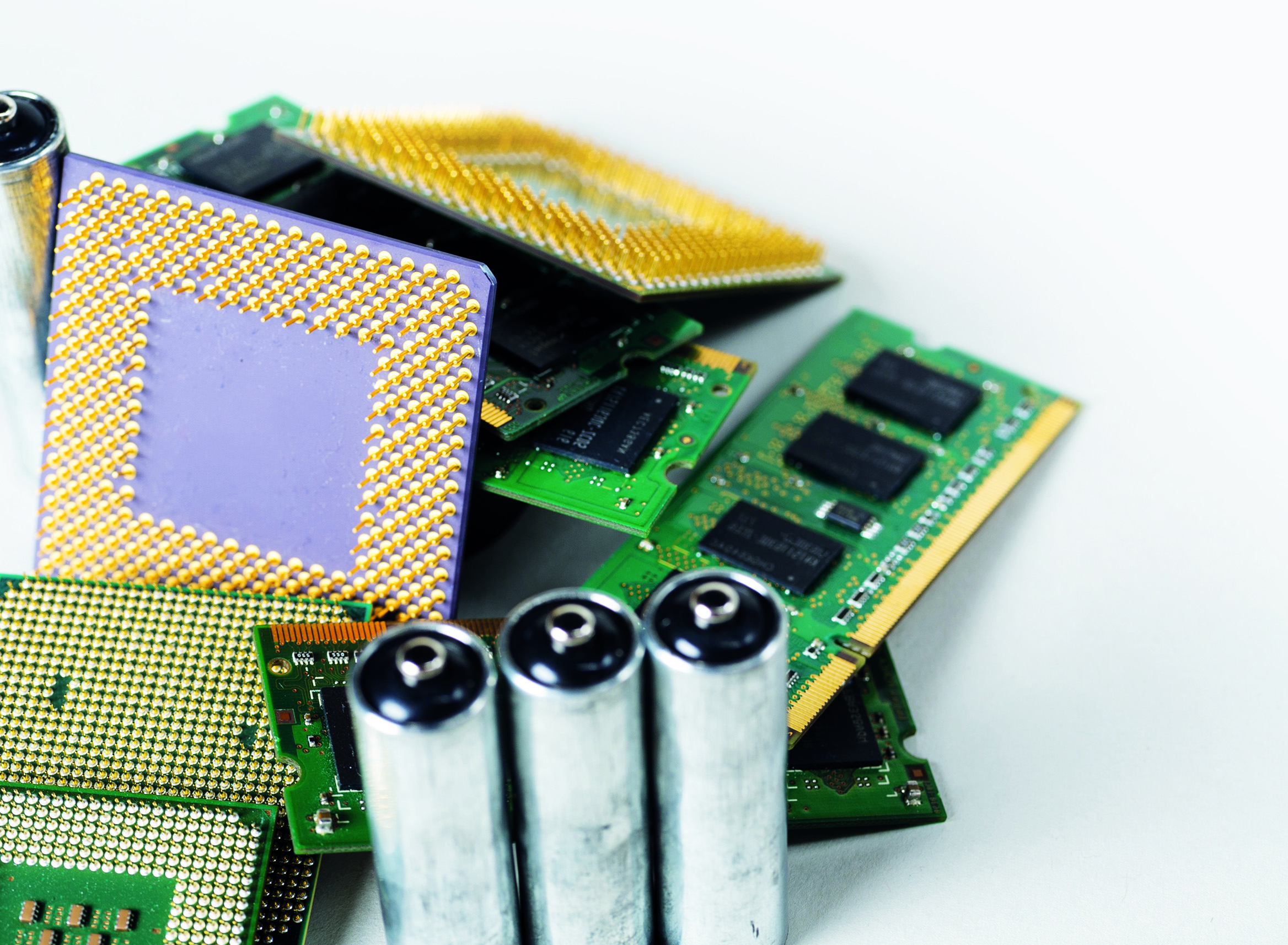 Whether they are redesigning materials or reusing food waste, researchers at NTU’s Singapore-CEA Alliance for Research in Circular Economy (SCARCE) and Nanyang Environment and Water Research Institute (NEWRI) are developing solutions for a circular economy.

For most, recycling begins and ends with the sorting of trash into different bins. But the ease of household recycling obscures the reality: recycling is hard. Automation has improved what was traditionally a labour-intensive process, but effective approaches towards recycling and reusing a bigger part of all the modern products in our life—from plastic cups to smartphones—remain elusive.

A global embrace of renewable energy sources has also created a new paradox. Even as new technologies like solar panels and lithium-ion batteries enable vast reductions in fossil fuel use, these achievements risk being eclipsed by the growing tsunami of electronic waste (e-waste) they are generating. According to the International Renewable Energy Agency, 78 million tonnes worth of waste will have been generated from discarded solar panels by the middle of this century.

“Only 20% of global e-waste is formally recycled, whilst the remaining 80% is often incinerated or dumped in landfills that pose environmental and health hazards if not properly managed,” says Prof Madhavi Srinivasan, Co-Director of the Singapore-CEA Alliance for Research in Circular Economy (SCARCE)—a joint centre of NTU and the French Alternative Energies and Atomic Energy Commission (CEA) operated by the Energy Research Institute @ NTU (ERI@N) on NTU’s campus. “Countries worldwide need to address this essential problem, which will only expand and not diminish,” adds Prof Srinivasan, who is also Cluster Director (Energy Storage) at ERI@N.

Killing two birds with one stone

The international scale of the e-waste problem prompted the creation of SCARCE, which was set up two years ago to develop innovative ways of recycling e-waste. The four key thrusts of SCARCE are shaped around recovering the treasure trove of materials found in complex consumer products before they reach the landfill—the rare metals contained in lithium-ion batteries, silicon-based solar panels and printed circuit boards; and the plastics in electronics that become toxic to the environment if left untreated.

In the case of lithium-ion batteries, there is a clear economic incentive for recycling as the batteries contain high-value metals such as cobalt, which at its value peak in 2018 cost US$90,000 per metric ton. However, recycling these rechargeable batteries is challenging, to say the least. Current methods use pyrometallurgy, which requires heat of over 500°C to smelt out important metals.

Additionally, strong acids like sulphuric or hydrochloric acid are used to treat the batteries, which, along with the toxic gases produced in the heating process, can cause great harm when released into the environment.

The conundrum facing SCARCE was therefore how to devise new methods that are environmentally-friendly and less energy-intensive, ensuring that recycling is more viable than mining new resources. The Eureka moment came when Prof Srinivasan and the SCARCE team realised that a possible solution could be found by tackling yet another challenge—Singapore’s growing food waste problem.

A rise in the number of fresh orange juice vending machines across Singapore has generated what would normally be heaps of useless fruit peels to be discarded. But the researchers hypothesised that combining citric acid from oranges with dried orange peels ground into powder could produce an equally acidic mixture to replace industrial chemicals.

True enough, the researchers found that complex sugars produced from cellulose in the peels, together with natural antioxidants in citrus fruits, created a potent leaching mixture that was able to extract most of the precious metals in discarded batteries. When new lithium cobalt oxide batteries were made from the recovered metals, their initial charge storage performance was found to be similar to that of commercial equivalents in devices like mobile phones.

For SCARCE, this breakthrough is just the start. There are now multiple projects underway on eco-friendly processes to tackle troublesome e-waste, for instance, transforming toxic plastics found in items like circuit boards into reusable resources with the help of harmless chemicals.

Beyond creating non-harmful recycling methods, NTU’s Nanyang Environment and Water Research Institute (NEWRI) wants to prompt a rethink of the whole approach to recycling. Institute Executive Director Prof Shane Snyder sees more emphasis being placed in the future on designing materials that are easily recyclable even as new methods are devised to recover useful materials from what was once considered waste.

Over the last 12 years, the Institute has built up a strong resource recovery team to achieve this goal. “NEWRI is uniquely positioned for circular economy themes because of our interdisciplinary nature,” says Prof Snyder, adding that he works with some of the best experts in the world in domains such as biotechnology, chemistry and artificial intelligence, while drawing from a broader range of multidisciplinary researchers from across the University.

The biotechnology team has already made breakthroughs via an unlikely source. They have found a second life for the sewage we flush down our toilets daily by converting it into useable fertiliser. The researchers discovered that converting sewage sludge into a charcoal-like substance known as biochar and incubating it with the bacterium Pseudomonas putida can enhance the release of phosphorus, which gives industrial fertiliser its potency.

Like their SCARCE colleagues, the NEWRI team went for a method with a minimal environmental footprint. The process for creating biochar involves a pyrosis heating process where the waste is burned at low-oxygen levels, which generates minimal polluting fumes and allows heat captured during the process to be reused as clean energy. The researchers are now also investigating sewage as a source of a valuable biodegradable plastic known as polyhydroxyalkanoates or PHA.

“Apart from generating PHA from waste, NEWRI is also conducting research to better characterise the degradation of PHA-based and other biodegradable plastics,” Prof Snyder explains.

Beyond such innovation, Prof Snyder believes that the time is ripe for a paradigm shift in recycling, which his team could lead. Aiming to promote recycling habits in the population, NEWRI plans to work with NTU social science experts to embark on societal studies that examine how to “move the needle” on social attitudes towards waste and recycling.

Having secured large funding grants, both NEWRI and SCARCE are positioning themselves as leaders in the management, recycling and reuse of waste in its many forms generated by our societies. “We are very fortunate to be in a country that is proactive and establishes meaningful goals for recycling and waste reduction,” says Prof Snyder, who looks forward to more major recycling breakthroughs from NTU researchers.

Counting on carbon to power the world

Robots and the road to recovery

Transforming the future of industry